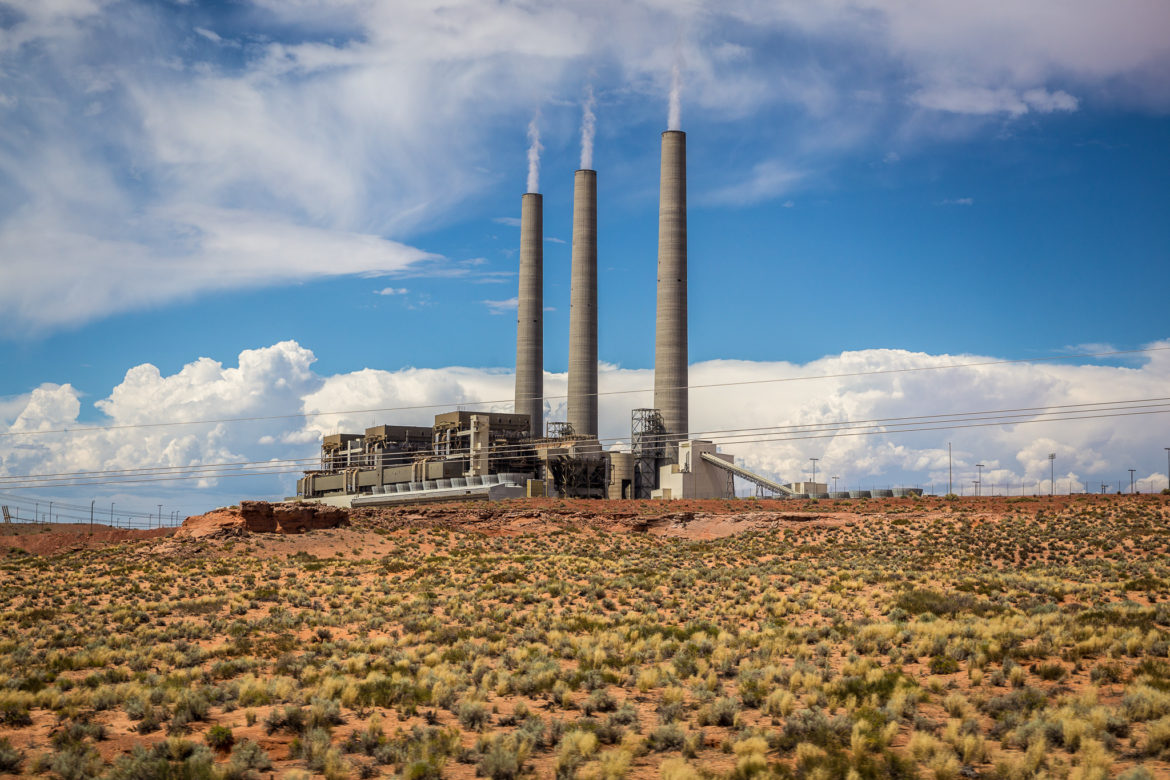 Earlier this year, we covered a lawsuit against the federal government from a group of young people who allege their constitutional rights to life, liberty and property were violated by taking actions that cause climate change and increase its dangers.

The plaintiffs, including Albuquerque-born Aji Piper, want the government to align carbon emissions reductions with what scientists say is necessary to avoid catastrophic and irreversible warming.

Piper came to Albuquerque in April and talked about the case: “Going to rallies is great, speaking up is great,” the 16-year old said at that time of climate activism. “But we need to get our government in on this.”

In 2016, the court allowed three industry trade groups to join as defendants. Together, the American Fuel and Petrochemical Manufactures, the American Petroleum Institute and the National Association of Manufactures represent thousands of companies, including Koch Industries, ExxonMobil, BHP Billiton, BP and ConocoPhillips.

Now, the National Association of Manufacturers has filed court documents saying it no longer wants to be a part of the lawsuit with the federal government.

According to the Washington Post, the organization stands by its position:

But [its senior vice president and general counsel, Linda Kelly] said that — after joining the lawsuit during the Obama administration — the business organization was now confident that the Trump administration would strongly defend the case. That made it less of a priority for the manufacturing association, she said.

“After every election, the NAM evaluates what cases we need to be involved in to protect manufacturers’ interests. As the dynamics have changed over the last several months, we no longer feel that our participation in this case is needed to safeguard industry and our workers,” said Kelly.

After NAM requested to withdraw from the suit, so did the two other trade groups, the American Petroleum Institute and the American Fuel and Petrochemical Manufacturers.

NMPR’s recent environment coverage:
Fire protection officers strain to keep up with holiday crowds
The numbers are in: Campers have abandoned 49 fires on the Jemez in 2017
See the EPA photos documenting American life in the 70s
VeneKlasen announces State Land Office run

If you’re confused about what’s happening with the Navajo Generating Station, you’re not the only one.

The coal-fired power plant’s owners said they planned to “retire” it by the end of the year. Then earlier this month, Navajo Nation President Russell Begaye said the tribe was going to make a deal to keep the plant running through 2019, and try to find new owners to run the plant after that. There’s still no word on that deal.

The U.S. Bureau of Reclamation and the Bureau of Indian Affairs are now seeking public comment on the plant’s operations.

According to the press release:

This information will aid in decisions regarding a land use agreement and required rights-of-way, which are the subject of current negotiations between the Navajo Nation (Nation) and the non-Federal participants (Lessees).

Land use agreement options are being considered for operating NGS through December 2019 and potentially initiating retirement of the plant in 2020. Use of existing power transmission facilities are also being considered. Without a land use agreement between the Nation and the Lessees enabling retirement and post-closure activities to begin after 2019, NGS operations would likely cease by January 2018 and initiation of retirement activities would begin immediately. If new owners purchase NGS, those owners would need to separately pursue Federal approvals to operate NGS after December 2019.

The agencies are seeking public input on the possible impacts of operating the plant through 2019, its retirement, other alternatives and issues that might be addressed in environmental studies.

The comment period ends next week, June 9, and can be emailed to NGS-EA@eroresources.com and there’s more information online at: https://www.usbr.gov/lc/phoenix/

As of Wednesday morning, the text of the bill is still not available online.

A press release from Pearce’s office explained that the 97-year old Mineral Leasing Act stipulates that mineral revenues are split 50-50 between the federal government and states.

According to the release:

The MLA provides that all states be paid 50 percent of the revenues resulting from the leasing of mineral resources on Federal public domain lands within their borders. The Ryan-Murray budget agreement took an extra 2 percent from the states to cover “administrative expenses” that have never been fully documented.

We’ll keep you posted, once we’ve actually read the text of the bill.

Join New Mexico Political Report’s discussion about those issues, and meet other people who care about climate change, water, regulations and public lands next week.

We’re hosting our second News & Brews event on Thursday, June 8 at the Simms Space in downtown Albuquerque. This month, the panel will include Ron Curry, former EPA regional administrator and former secretary of the New Mexico Environment Department, science writer Cally Carswell and Theresa Pasqual from the Pueblo of Acoma.

Tickets are free, but must be reserved in advance.

Update: We updated the original story after learning that the two other trade groups have also requested to withdraw from the climate change lawsuit.