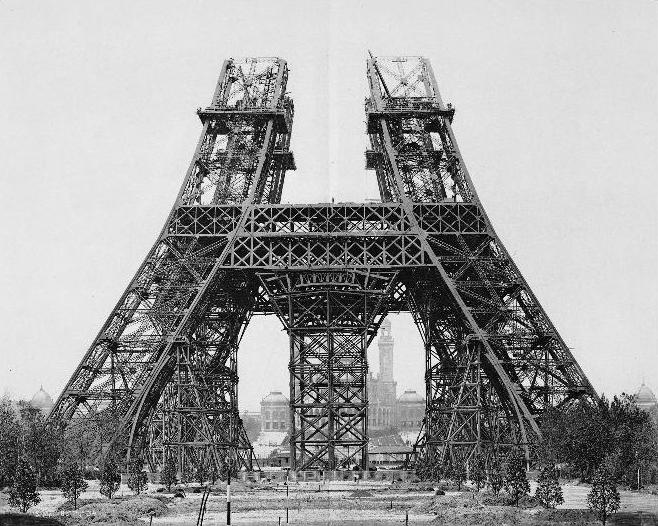 On Thursday, President Donald Trump announced he was taking the United States out of the international agreement on combating climate change.

Globally, the average temperature has risen by 1.7 degrees Fahrenheit since the 1880s. Last year was the third consecutive year to break global temperature records, and nine of the 10 warmest years on record have occurred since 2000.

“In order to fulfill my solemn duty to protect America and its citizens, the United States will withdraw from the Paris Climate Accord,” Trump said during his announcement in the White House Rose Garden. He added that his administration might re-enter the agreement later or negotiate an “entirely new transaction with terms that are fair to the United States, its businesses, its workers, its people, its taxpayers.”

Trump continued, “So we’re getting out.”

The new negotiations, he said, would be toward a deal that’s “fair” to the United States.

Negotiations are unlikely, as the rest of the world’s countries move forward, cutting greenhouse gas emissions and trying to mitigate or adapt to the impacts of planetary warming.

The fund finances renewable energy and infrastructure in poor countries that are particularly vulnerable to the impacts of climate change—impacts caused by the greenhouse gas emissions of industrialized countries like the United States—and was created by 194 countries in 2010.

Since the 19th century, the United States has emitted more carbon dioxide than any other country on Earth—more than 28 European countries, including the United Kingdom, combined.

Of the agreement and the impacts he claimed it would have on the United States economy, Trump said, “This is not what we need, believe me.”

New Mexico Sen. Tom Udall was one of 10 U.S. senators who attended the United Nations climate talks in Paris in 2015, and he urged Trump to remain a party to the agreement.

Earlier this year, when Trump appointed former ExxonMobil CEO Rex Tillerson as U.S. Secretary of State, Udall questioned the businessman on climate change. He also asked Tillerson about the Paris agreement. In his testimony, Tillerson said the U.S. is better served by “having a seat at the table” in addressing climate change.

Tillerson is among those, including Jared Kushner, Ivanka Trump and National Economic Council Director Gary Cohn, who reportedly advised Trump to remain in the accord.

“And then you have the dark forces, that seem to have won,” said Udall.

“I think this is one of the worst decisions our country has made in a very long time. It could be the worst,” he said. “Just think back for a minute. It’s been the United States and United States leadership for 40 years that has been trying to get all of the countries in the world on the same page, and it finally happened in Paris in 2015.”

Udall acknowledged criticisms of the agreement, but he said it represented all countries trying to make a contribution toward stemming climate change.

Backing away hurts the stature of the United States, he said, adding that “I don’t think the world is going to stop for us.”

“I think the reaction—and there may be many unintended consequences—is to punish us in some way. To say, ‘Well, If you’re not going to work with us on this, we’re not going to work with you on that,’” he said. “We don’t know how all those things play out, but I think it hurts us economically, it hurts us on all the trade issues out there, the good relationship we have.”

In contrast to the president’s assertions that sticking with the Paris agreement would harm the U.S. economy, Udall said the U.S. is “missing the biggest business opportunity there is for the next century and into the future.”

Other countries are going “full bore,” he said, and committing to renewable energy and new technologies.

Venture capitalists have long asked the U.S. government for three things, he said: an imposed price on carbon, a nationwide renewable energy standard and a tax code that has long-term incentives for renewable energy.

“Then people would see, we are really committed to this. The United States of America is committed, we’re all in,” he said. Then, private investors would commit money to research and development—and make a difference. “That’s what we’re missing out on now,” he said. “It doesn’t mean that a researcher or somebody who has a little bit of money might not continue to do it, it’s just that we had the potential to lead the world. That’s what we’re giving up: the potential to lead the world.”

The United Nations has convened annual meetings on climate change since 1995.

In 2015, Pope Francis issued an encyclical letter focused on the Earth, the economy and social justice.

In that 120-page letter, the pope cited the work of scientists and economists and issued an international call to action on climate change and structural economic changes—especially within nations like the United States that have amassed wealth by exploiting natural resources and emitting vast amounts of greenhouse gases.

Then, at the end of 2015, countries met in Paris and agreed to reduce greenhouse gas emissions worldwide. The deal lacks enforcement mechanisms, and pledges to cut carbon emissions are voluntary. But it was a clear signal that climate change required immediate, and concerted, attention.

In Paris, countries also agreed that previous plans to limit warming to 3.6 degrees (2 degrees Celsius) would not protect many countries, especially island and coastal regions.

Las Conchas Fire burned more than 156,000 acres of forest in the Jemez Mountains in the summer of 2011.

The Southwest is among the most vulnerable U.S. regions to climate change. Already, warming is affecting surface and underground water supplies, increasing large wildfires and causing large-scale tree die-offs along with other environmental, economic and public health impacts.

New Mexico is currently the sixth-fastest-warming state in the United States, with average annual temperatures expected to rise 3.5 to 8.5 degrees Fahrenheit by the year 2100, according to a report released by the Union of Concerned Scientists. Albuquerque’s average temperature last year was 2 degrees Fahrenheit above normal.

Parties to the climate accord can only withdraw four years after announcing their intentions to leave. That puts the onus to actually leave on the next president of the United States. Some states, including California, New York and Washington, have vowed to abide by the commitments made by the U.S. at Paris.

Meanwhile, Trump’s decision is supported by many within his administration, including Environmental Protection Agency Administrator Scott Pruitt, whose office suspended methane regulations for the oil and gas industry yesterday, and Vice President Mike Pence. Introducing Trump on Thursday, Pence said it was the “greatest privilege” of his life to serve Trump, “who is making America great again.”