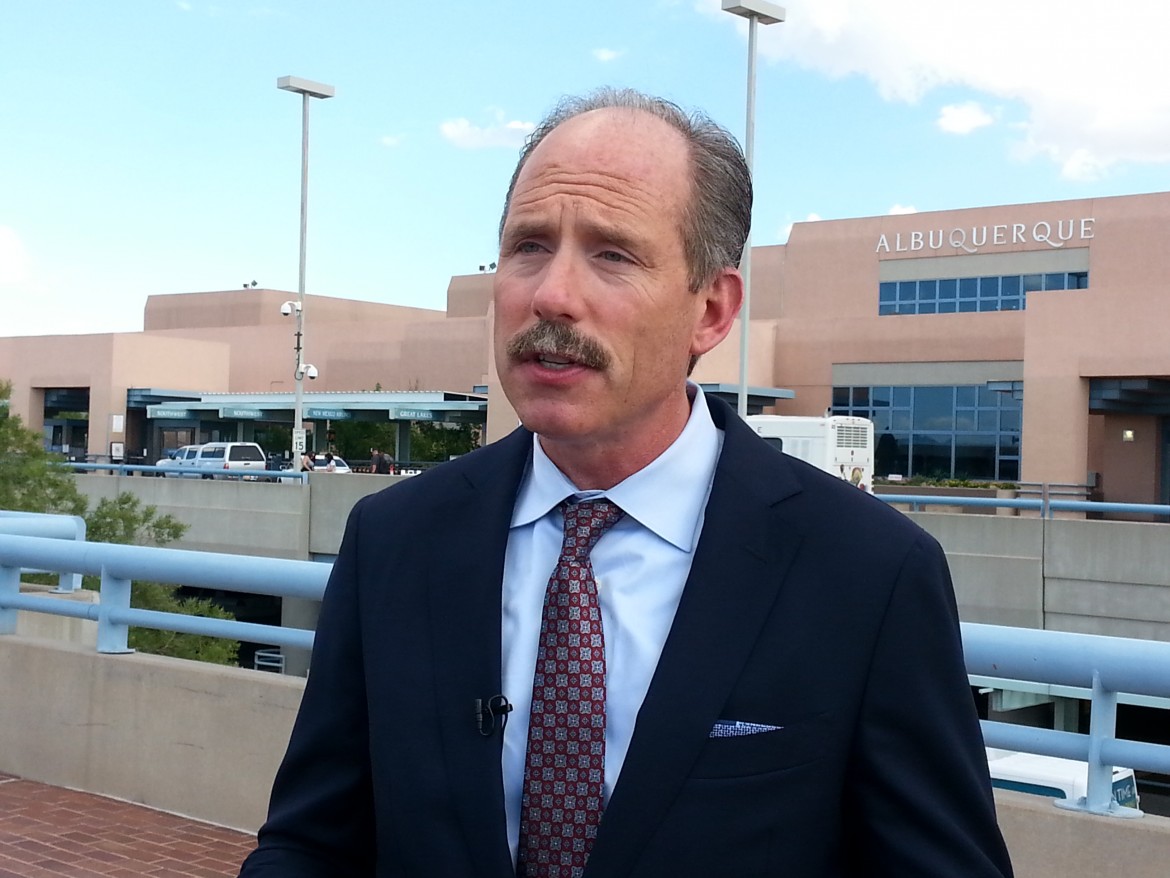 The mayor’s office announced Wednesday that Berry, a Republican, will meet with the Donald Trump administration to discuss an infrastructure plan.

The mayor’s office said that the administration “hand-picked” the attendees of the summit.

Municipal elected officials and governors will reportedly meet with Trump, Vice President Mike Pence and Transportation Secretary Elaine Chao, among other members of the Trump administration.

NM Political Report reached out to the office of Gov. Susana Martinez to ask if she would be attending the summit. We did not receive an answer as of press time.

Democrats have voiced a willingness to work with Trump on building infrastructure throughout the country. But a partial release of a plan earlier this week showing extensive use of public-private partnerships has soured Democrats on the president’s infrastructure push.

Democrats have called the plan “privatization” of public infrastructure. Trump just announced, for example, he would seek to privatize the nation’s air traffic control system.

Trump discussed his infrastructure plan at a public rally in Cincinnati on Wednesday.

This week, Trump planned to highlight his infrastructure plan, but on Thursday, the infrastructure summit will likely be overshadowed by public testimony from former FBI Director James Comey.

Trump fired Comey, citing initially his handling of the investigation into Hillary Clinton’s use of a private email server while Secretary of State. But later allegations reveal that Trump may have fired Comey for the FBI’s continued investigation into ties between Trump’s presidential campaign and the Russian government.