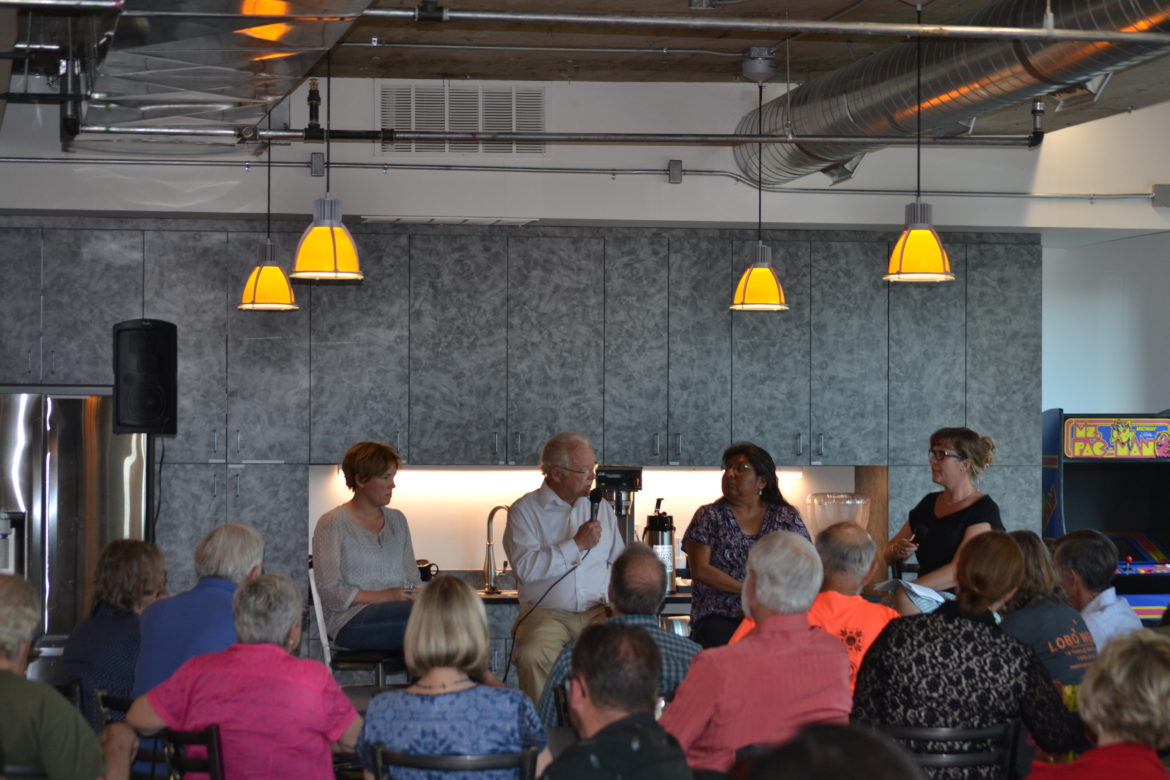 The conversation ranged from the impact of federal policies and laws to how oil and gas production affect the state.

Curry spoke about his time with the EPA and spoke highly of how involved New Mexicans are when it comes to environmental issues.

“The communities are really engaged in their environmental activity,” Curry said. “They’re tuned in.”

Carswell spoke about issues that impact the environment, including  the U.S. Bureau of Land Management methane rule Congress nearly eliminated.

“This was basically the one environmental rule that survived the Congressional Review Act,” Carswell said.

She said many people believe the act survived because, “John McCain was pissed off about Trump firing [James] Comey.”

Pasqual spoke about Trump administration’s review of  national monument designations, implemented under the Antiquities Act. She said the act is a “double-edged sword” for Native American tribes. While it preserves historical sites, Pasqual said, it “also comes at a cost in that it creates a sense of ownership.”

“The flip side to that is that in certain ways it has protected those lands from development,” Pasqual said.

Thursday marked the second of NM Political Report’s News and Brews series. Subscribe to our free email list to be the first to hear about details on future events—including a big one coming in July.

View all News and Brews articles →