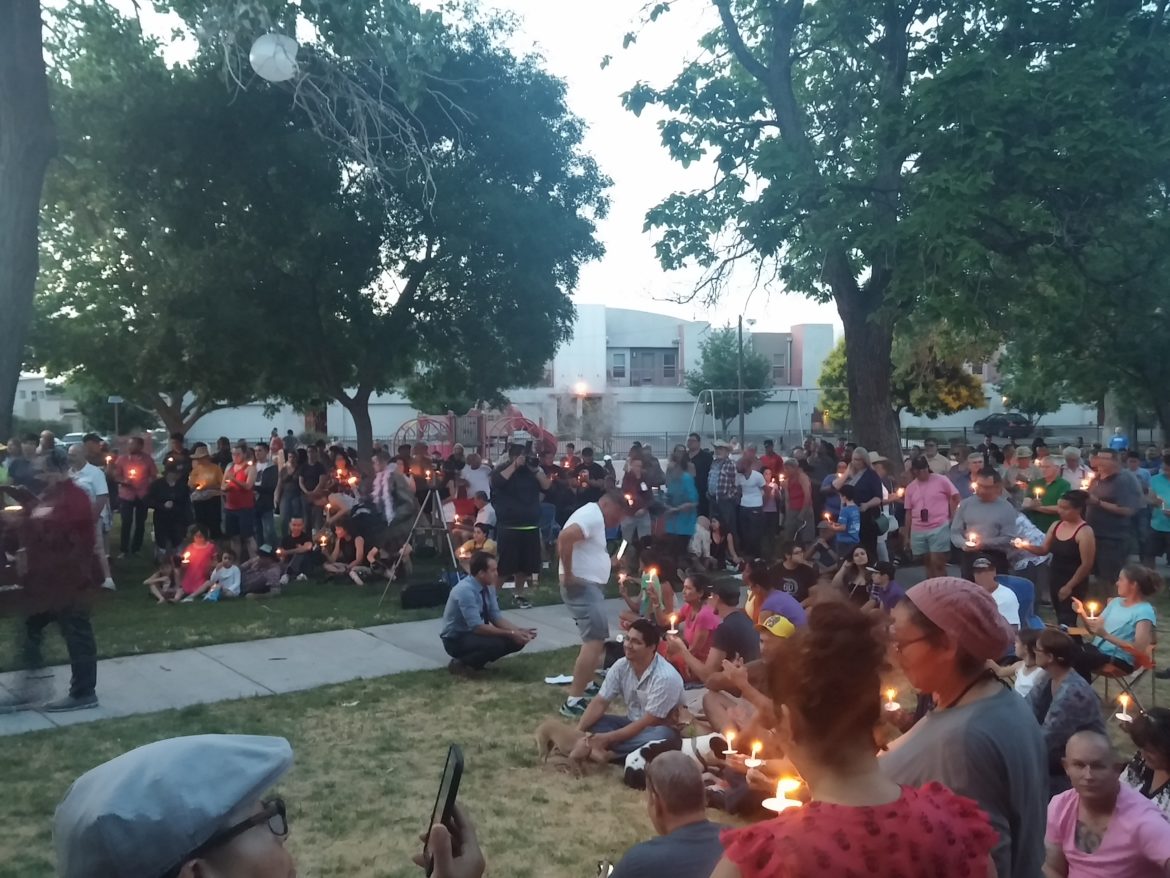 Ahead of a candlelight vigil at Morningside Park Thursday evening before this week’s Albuquerque Pride, marchers for transgender rights rallied in the park.

The pro-transgender rights march has been a part of the candlelight vigil for the better part of a decade. Albuquerque Pride itself has been around for 41 years now.

“It reminds me that I’m very lucky,” Janice Devereaux, who came out as a transgender woman 15 years ago, said in an interview. “As tough as life can be for trans people at times, I’m still lucky to be here, and that is very important for me to hold on to.”

The candlelight vigil is held every year to honor LGBT victims of hate crimes. This year’s vigil focused on the victims in the Orlando 2016 mass shooting at the Pulse, an LGBT-friendly nightclub where a gunman killed 49 people last summer.

Organizers of the vigil read the names of each victim as others released balloons in the air in remembrance. Pictures of each of the Orlando victims dotted the fence at the park.

Afterwards they lit candles in memory of those who have passed away.

“They have tried to erase us from history, from society, and yet we are still here,” Devereaux said as she spoke to the crowd. “Your very existence today is an act of resistance, so I want all of you to keep resisting.”

Neil Macernie, president of Albuquerque Pride, talked about how the first Pride after the Stonewall Riots in New York City came long before LGBT people were recognized in the mainstream.

“There was a time when lesbian, gay, bisexual, transgender, intersex, queer and questioning had to live completely in secret,” Macernie said. “Hiding in the shadows in the underworld.”

Yet many continue to “live without sharing their experience” because of “fear, anguish and denial.”

“Tonight is our opportunity to be present for each other,” he said.

Israel Chavez, a University of New Mexico law student who formerly worked with Equality New Mexico, said that while things may seem bad for LGBT people on the national level, “we are not going back in time.”

Albuquerque Pride will continue throughout the weekend, with an art reception Friday evening at Expo New Mexico, a parade on Saturday on Lomas Avenue at 10 am and a rally Sunday at 12:30 pm at Robinson Park.