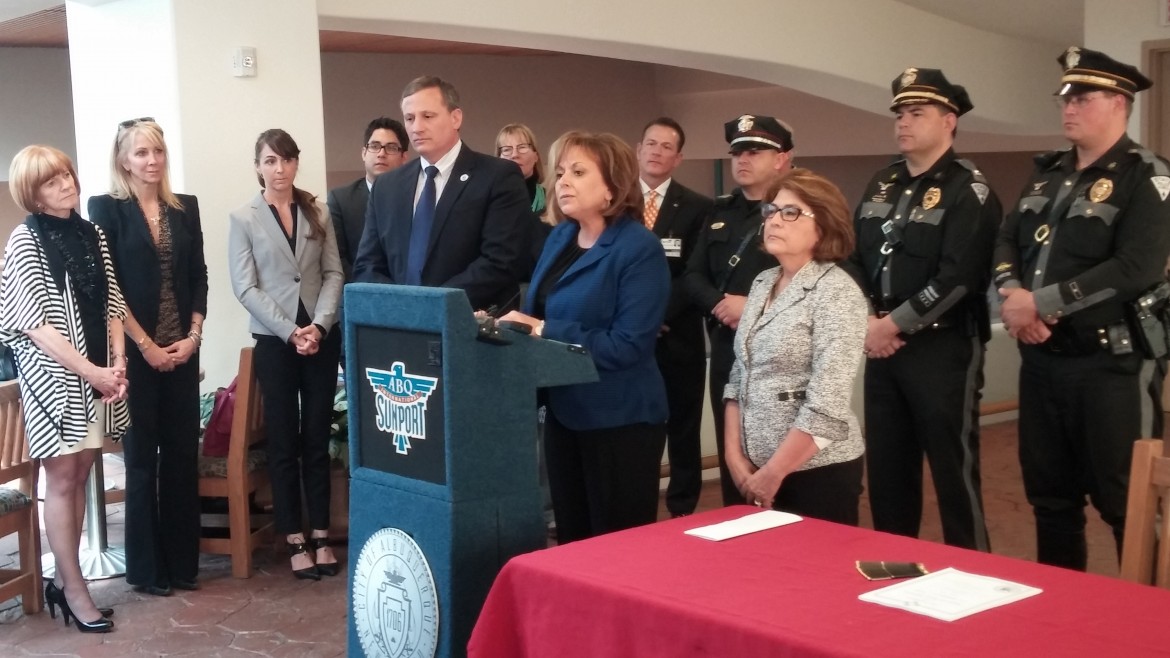 Gov. Susana Martinez at a press conference to sign the driver's license law on March 8, 2016.

The Associated Press first reported that Chris Sanchez left his position as communications director in Gov. Susana Martinez’s office for an out-of-state job.

Thursday, Public Education Secretary Hanna Skandera said she would be leaving her job later this month.

Martinez is in her final term in office

Sanchez, who was the second-highest paid communications employee in the state, will be replaced by Larry Behrens. Behrens worked as spokesman for the state Public Education Department and the Energy, Minerals and Natural Resources Department. As EMNRD spokesman, Behrens was the highest-paid public information officer in the state.

Behrens received attention while at PED when he compiled a list of all known non-union teachers in the state for Jay McCleskey, Martinez’s top political adviser. The request, the administration said, came from a verbal Inspection of Public Records Act request.

IPRA, the law governing open records requests in the state, does not require public entities to compile new documents for a requestor. This is a common reason that IPRA requests are denied by records custodians in the state, including in the Martinez administration.