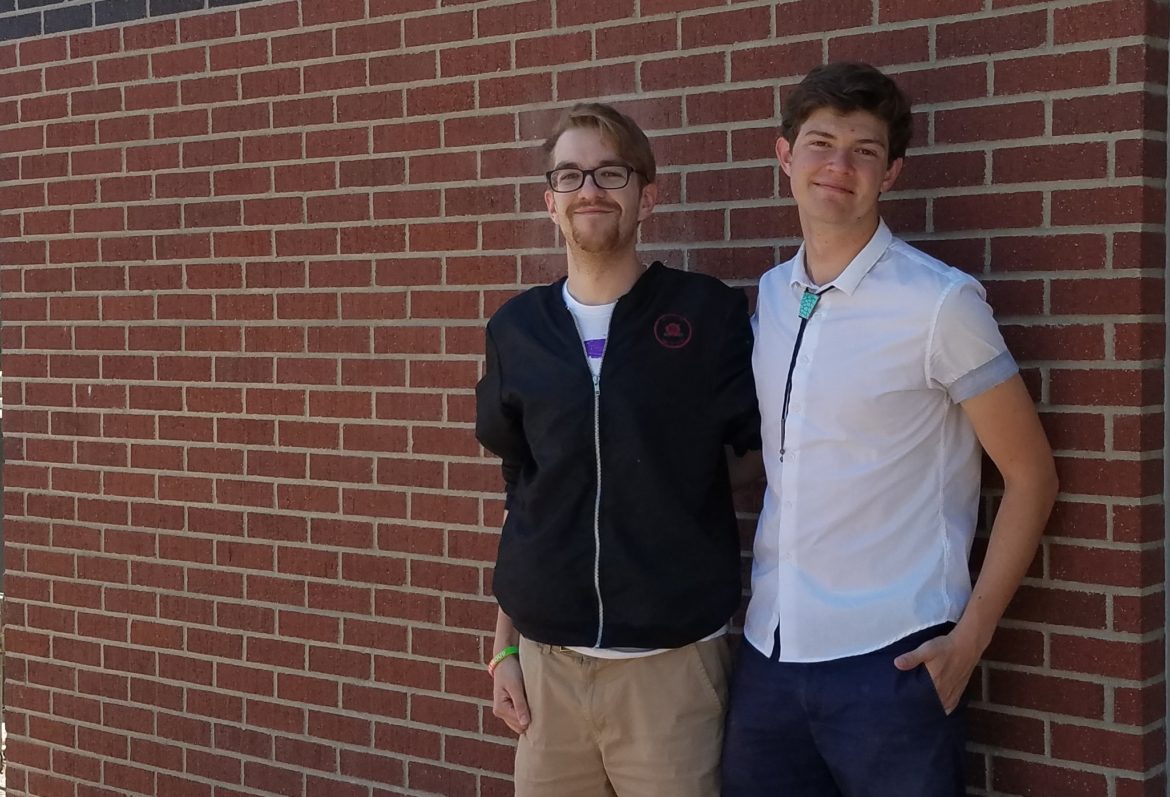 Everybody has an opinion on millennials. Young people in their 20s and early 30s are often described by older generations as overly sensitive, technology-addicted, cynical kids who constantly need feedback and flexible work schedules. News stories, essays and polls have sought a better understanding of the generation born in the 1980s and 1990s. With titles like “3 Reasons Why Millennials Are Timid Leaders” and “Why do millennials keep leaking government secrets?”, it’s not surprising there might be a lack of faith in the upcoming workforce, especially in politics.

In Albuquerque, two young men say there is a place for 20-somethings in politics. With a combined age of 45, mayoral candidate Gus Pedrotty and city council candidate Tim Carlton-McQueen want to show that they, along with others their age, are viable candidates for public office.

Pedrotty is already on the ballot, competing against eight other candidates for mayor of the state’s largest city. McQueen said his campaign has collected about 200 of the required 500 petition signatures so far to make the ballot.

Both Pedrotty and Carlton-McQueen said they have received encouragement in their quest for office—but also keep hearing advice to seek less prominent positions. Carlton-McQueen, 23, told NM Political Report political leaders have “offered” him a position in a later race, something he scoffs at.

Pedrotty, 22, said he’s also been encouraged to run for more “achievable seats” like city council or the local school board.

“My ideas aren’t for the school board,” Pedrotty said. “So, why would you ever tell me to go there?”

Last weekend, fresh from the Albuquerque Pride Parade, Pedrotty was wearing a well-fitting, short sleeve, button-up shirt with a bolo tie. His arms, legs and neck shimmered with glitter. Carlton McQueen was wearing shorts and a T-shirt with “Tim 4 City Council” written in multi-color paint. Both of their campaigns marched in the parade, but the two political hopefuls are quick to point out they are not running as a package deal.

Carlton-McQueen, who has worked on a House of Representatives campaign and as a state Senate aide, said he’s seen elected Democrats completely back away from endorsing him.

“It’s a little disappointing,” he said. “You get the most liberal, liberal person saying, ‘Oh yeah, I’m not really going to get into that. I’m not going to go against my party.’”

Pedrotty said it’s hypocritical for elected officials to give speeches about empowering young people while showing little confidence in them when they’re interested in actually running for office.

“Everybody wants the dream, but not the dreamer,” Pedrotty said.

Tensions between younger candidates and older politicians is nothing new, even in New Mexico.

In an interview with KRQE-TV Kerwin called out sitting councilors for being “a bunch of old guys” with “a bunch of old, outdated ideas.” Kerwin’s statement drew criticism from councilor Diane Gibson.

It’s probably not an accident that Pedrotty, Carlton-McQueen and Kerwin are aligned ideologically — the three grew up together.

Done before, just not here

Most of the politicians Pedrotty and Carlton-McQueen look up to are notable for how young they were when they were elected into office.

Pop culture references about young mayors aren’t lost on Pedrotty either. When asked about the fictional character Ben Wyatt, who plays Amy Poehler’s husband on the sitcom “Parks and Recreation,” Pedrotty quickly responded with a reference to Wyatt, whose character, as 19-year-old mayor, bankrupted his town after blowing its budget on a skating rink.

“This ice clown is not losing his ice crown over ice town,” Pedrotty said.

But he also pointed to the list of young mayors across the country, in real life, as proof that “it has been done before, just not here.”

“Sorry if anyone thinks what we’re doing is new,” Pedrotty said. ”Our bad, guys.”

The idea of electing a millennial to office in New Mexico isn’t new, at least in the state Legislature.

Among the youngest members of the Legislature are two senators just months apart in age but on opposite ends of the political spectrum.

Sen. Cliff Pirtle, R-Roswell, defeated long-time Democratic Senator Tim Jennings in 2012. Pirtle, now in his early 30s, said there were mixed reactions to his campaign when he ran while in his mid-20s.

Pirtle said politicians should be more willing to give young people a chance at running for office.

“What better way to show we care?” Pirtle said. “Let’s have a few of them in a position to make decisions.”

Sen. Jacob Candelaria, D-Albuquerque, replaced long-time incumbent, Bernadette Sanchez, in 2012 when he was 25.

Candelaria said he applauds and encourages any young person who runs for office.

“I wasn’t going to wait for someone to give me permission and tell me it was my time to be in the Senate,” Candelaria said.

Slightly younger than Pirtle, Candelaria is still the youngest state senator but jokingly referred to himself as the “senior statesmen of the millennials” now that he’s turned 30.

Candelaria said he received some criticism when he ran too.

“The majority of people I called for money when I first announced, not only said ‘no’, but ‘hell no,’” Candelaria said.

He added that both Democrats and Republicans need to welcome young people who run for office and not be so quick to dismiss them.

And yet, Candelaria isn’t endorsing Pedrotty or Carlton-McQueen in their respective races.

Pedrotty said he’s received lots of words of encouragement during his campaign, but with a caveat.

People say they appreciate fresh ideas or a new perspective, he said. But they qualify their support with a “but.”

“Well what’s the ‘but?’ Pedrotty wondered: “Is it because you risk an inundated and nepotistic system that you’ve benefitted from? Is it because you’re worried you’re going have to work too hard since we don’t have hundreds of thousands of dollars already in place?”