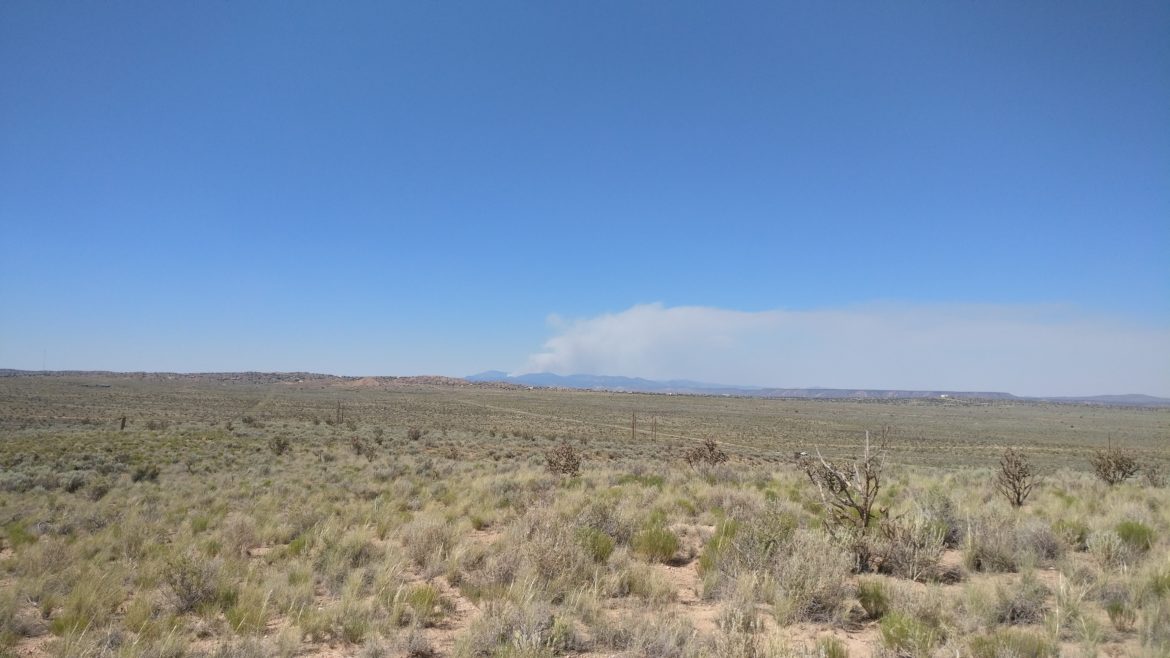 According to the Santa Fe National Forest, a wildfire ignited in the Jemez Ranger District Thursday. Smoke was first reported at 10:47 a.m.

The fire is dubbed the El Cajete Fire.

As of 1 p.m., the fire is estimated to be 100 acres in size and spreading. Engines, air tankers, a helicopter and ground crews are working to control the fire. Additional teams of fire fighters are expected to arrive tonight and tomorrow.

Related: As NM reaches fire season, forest conditions are drying out and heating up

“I’ve activated our emergency operations center and directed our state agencies to work with our local and federal partners to keep New Mexicans safe,” Martinez said in a statement. “New Mexicans know better than most just how devastating wildfires can be, and as we face this year’s fire season together, we’re also reminding everyone to keep safety in mind and be prepared.”

Several communities, including Ruby Hole, Los Griegos and Sierra de Los Pinos, are being evacuated. In all, the governor’s office says as many as 200 people have been evacuated.

Contrary to some initial news reports, the fire was not caused by a prescribed fire. According to officials, no federal agencies are conducting prescribed fires now that fire season has begun.

As of this time, the fire’s cause is unknown.