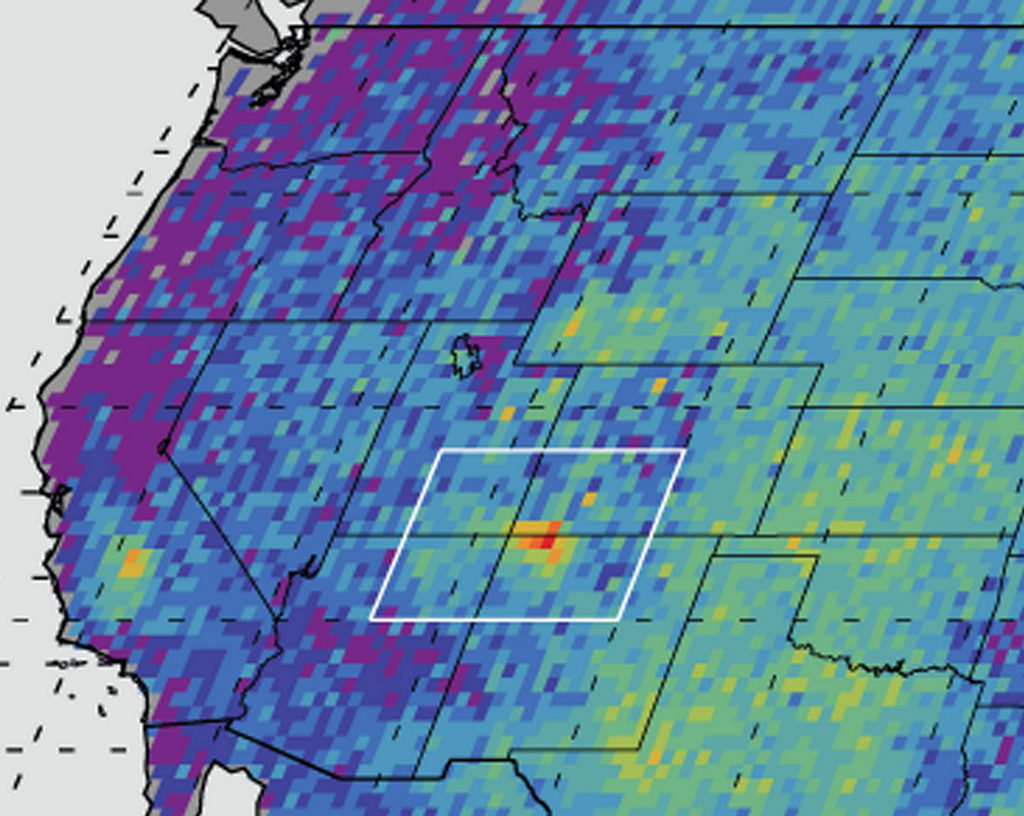 In 2014, NASA scientists published their discovery of a methane “hot spot” hovering over New Mexico’s San Juan Basin. The 2,500-square-mile methane cloud is the largest area of elevated methane concentration ever measured in the U.S., and is so big scientists can spot it from space.

While some have tried to debate the cause of the hot spot, it is more than mere coincidence that the San Juan Basin is one of the most productive natural gas fields in North America, and that oil and gas development is the leading industrial cause of methane emissions nationally.

Manmade methane emissions are an urgent concern for scientists and policy makers since they are responsible for about a quarter of current global warming, which is why Scientists from NASA and NOAA embarked on a series of studies to try to pinpoint the source of New Mexico’s methane cloud.

In 2016 NASA researchers concluded that many of the region’s highest-emitting sources were associated with the region’s oil and gas production and distribution infrastructure. Now yet another study confirms this tie and should put the hot spot debate to rest.

For the latest hot spot study, this one published in Environmental Science and Technology, researchers used aircraft to measure methane concentrations in the atmosphere over the four corners region over a five day period. The airborne mass balance approach used in the study (which measures methane concentration and wind speed in order to calculate regional emissions) found that high methane emissions from 2003 – 2009 have persisted to 2015. Although the San Juan includes other methane sources such as coal mines and geologic seepage, these sources are not large enough to explain the bulk of emissions.

The fact that this study finds methane emissions in the San Juan Basin have remained steady should send a clear message to those in New Mexico tasked with protecting New Mexico’s natural resources: the state’s oil and gas industry needs more oversight.

At a Senate hearing earlier this year, Ken McQueen, Secretary of New Mexico’s Energy, Minerals and Natural Resources Department, told state officials that New Mexico’s methane cloud was likely caused by naturally occurring sources, ignoring studies (like this one) that clearly show oil and gas development to be the largest source of methane. According to the latest Environmental Science and Technology study, “given the magnitude from aircraft and ground-based sampling, and the lack of any large increasing trend in ground-based sampling, geologic seepage cannot explain the persistent emissions in the basin over time.”

Secretary McQueen should know better, especially given that he just retired a year ago as an executive with WPX Energy, one of the San Juan Basin’s leading natural gas producers.

Now is not the time for New Mexico to ignore the science on methane. Just this week, the Bureau of Land Management and the Environmental Protection Agency announced they would put a hold on implementing national standards that aim to reduce oil and gas methane emissions. With national policies being rolled back, it will be up to New Mexico officials to controls the state’s methane problem.

Industry’s methane emissions not only impact the climate, they also undermine our energy security. Natural gas primarily is methane – meaning the more companies leak into New Mexico’s air, the less energy there is to deliver to New Mexico homes and communities.

Willfully disregarding the science of oil and gas methane pollution does an unfortunate disservice to New Mexico communities as well. When facilities emit methane, they also emit other harmful pollutants that can increase smog and trigger asthma attacks. By ignoring the fact that oil and gas development is one of the region’s largest polluters, New Mexico officials are essentially ignoring the health of the communities surrounded by oil and gas development.

Fortunately reducing methane and other harmful emissions from the industry is extremely cost effective. Studies have found that companies can reduce nearly half of their emissions by investing about a penny on every thousand cubic feet of gas produced.

With the future of our national clean air protections uncertain, and with pollution controls being as affordable as they are, New Mexico leaders should take concrete steps to reign in oil and gas pollution and make a meaningful dent in the methane cloud.