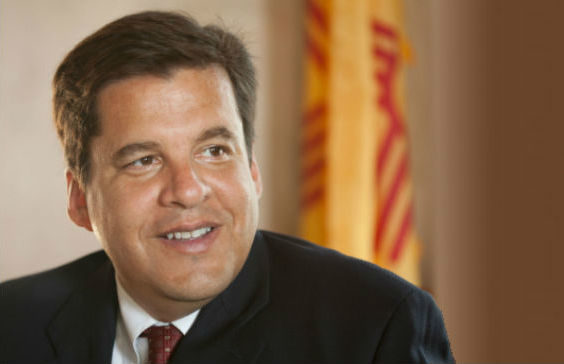 Joseph Cervantes is the fourth Democrat to declare a 2018 run for governor.

An attorney with a background in architecture, Cervantes has served in the state legislature representing Las Cruces for 16 years, first in the House of Representatives before winning an election in the Senate in 2013.

Cervantes is considered a moderate Democrat from his time in the Legislature. He even once attempted to oust then-Speaker Ben Lujan with a coalition of Republicans and some Democrats.

NM Political Report caught up with Cervantes just days into his campaign office to speak about how he wants to approach the state’s highest political office. The interview has been edited and condensed.

NMPR: Why are you running for governor?

Cervantes: It should be clear to everyone right now that New Mexico is in a fiscal crisis for lack of leadership and needs the next governor to take charge and get our financial budget stable immediately, go to work with genuine job creation and reverse what is clearly the worst unemployment numbers in the nation right now. It should be clear that crime is a problem. We’ve had 27,000 people leave the state during this administration.

One of the biggest mistakes for the past several years is relying on the expectation that oil and gas revenue will rise back to the higher rates that we saw years ago. Historically, whenever New Mexico had declining prices the [state] government expect them to recover. But right now everything suggest those prices are stable. New Mexico needs to adopt declining oil and gas revenue.

What are ways a governor can get the state’s financial budget stable immediately?

We passed corporate tax cuts [in 2013] which I opposed. It was evident to me that the numbers and figures being given to legislators were misrepresented and I joined a small group of legislators who opposed it, and unfortunately it turns out we were right. The net loss is hundreds of thousands of dollars. Cities and counties were then forced to cure the cuts by raising local taxes, which they did.

When you cut corporate taxes and turn around and raise their gross receipts taxes, nobody in business is fooled by it. That’s why those corporate tax cuts failed to accomplish the job growth promised. What next governor needs to do is understand this history, go to work the next day to restore stability in our state finances, and in that way restore confidence in people willing to invest in our state.

Should New Mexico put such an emphasis on attracting out-of-state businesses or focus more on helping existing businesses?

I wouldn’t say you focus on one over the other. But we need to also look at businesses in the long-term rather than gambling on latest corporation. Too often we find if we attract with incentives one year, another state offers better ones the next year.

[The state Legislature] authorizes $50 million a year in [Local Economic Development Act] money. The governor keeps coming to the Legislature requesting more and more money for that purpose but can’t identify good uses for that money as it stands. There’s not a proper procedure for designating worthy projects and including the right people to participate in that decision-making process. We arbitrarily say we’re gonna use X amount of dollars to attract a business. I intend to create a better process by which economic development funding is invested.

How would you approach K-12 education differently from the current administration?

This administration relied on policies from Florida that failed there and predictably failed here. Those policies emphasized testing in the classrooms. As a parent with three daughters who came from public schools, I have a good understanding with what that testing involved [and it’s] unreliability. It was an overly simplistic way of thinking about managing education, no student gets educated by taking a test. Of course we need testing, but the idea in putting a principle on testing was misplaced.

I voted against the confirmation of [former Public Education Secretary] Hanna Skandera. I will select an education secretary who will not have to defend a challenge in her qualifications and credentials from the Legislature as she did for five years.

How would your education policies differ?

One thing that works is the K-3 Plus program, which in the past has been offered to students at-risk to help with the summer gap in loss of learning. We’ve offered 25 additional school days, and the results are impressive. One of the first things I would do as governor is offer the same opportunity to every student in every school in the state.

The U.S. Supreme Court is slated to hear an important lawsuit that could jeopardize New Mexico’s water sources. Can a governor play a role in ensuring that New Mexico doesn’t lose the lawsuit?

Texas is claiming New Mexico has to deliver more water to the Elephant Butte Reservoir. That means less water to New Mexico’s largest city and its capital city. We don’t want that.

The governor plays a role in selection of [the] state engineer, who oversees the lawsuit. The governor’s choice for that person is one of the most important they’ll make. An active governor would be on the phone and sitting down with the governor of Texas and the other states involved to try to find the best resolution to the lawsuit. I would be doing that in my first six months. After 25 years of practicing law, I’ve learned that the best results of any lawsuit happen when the parties sit down and work out a solution.

How will you as governor address climate change and the problems in New Mexico that come with it, including water scarcity and increased wildfires?

Historically, New Mexico has been a territory with scarce water and has learned to work with less. New Mexico should be showing leadership in this issue through its research universities innovating, manufacturing and developing renewable energy sources, which are abundant in our state.

If a bill to legalize recreational marijuana arrives on your governor’s desk, what will you do?

If we have the infrastructure in place beforehand, then I would support it. But under our current laws, I couldn’t support it. For years I’ve worked with others successfully to combat DWI in New Mexico. I’ve lost too many friends to drunken drivers. In response, we’ve developed programs and put laws in place to prohibit people on the road when their impaired with alcohol. It would be irresponsible to legalize an intoxicant like marijuana and allow people to drive impaired. I want to assure we have laws in place to regulate it the way we do with alcohol and laws to keep people from driving high just as we do with alcohol.

How do you intend to reduce crime on a statewide level?

This administration has cut funding to state agencies, including in courts, district attorneys and corrections. The consequence of that is the dismissal of cases and the uncertainty of prosecution and punishment. Underfunding of courts and underfunding of law enforcement leads to the uncontrolled crime we’re experiencing, as well as poverty.

The answer to how we address crime requires a better functioning court system, a better functioning prosecution, predictable arrests and appropriate sentencing. I passed through the Senate legislation to decriminalize marijuana. I asked judges what we can do to better address crime and they overwhelmingly say they’re overburdened with cases on possessions of small amounts of marijuana Those cases bog down a court system.