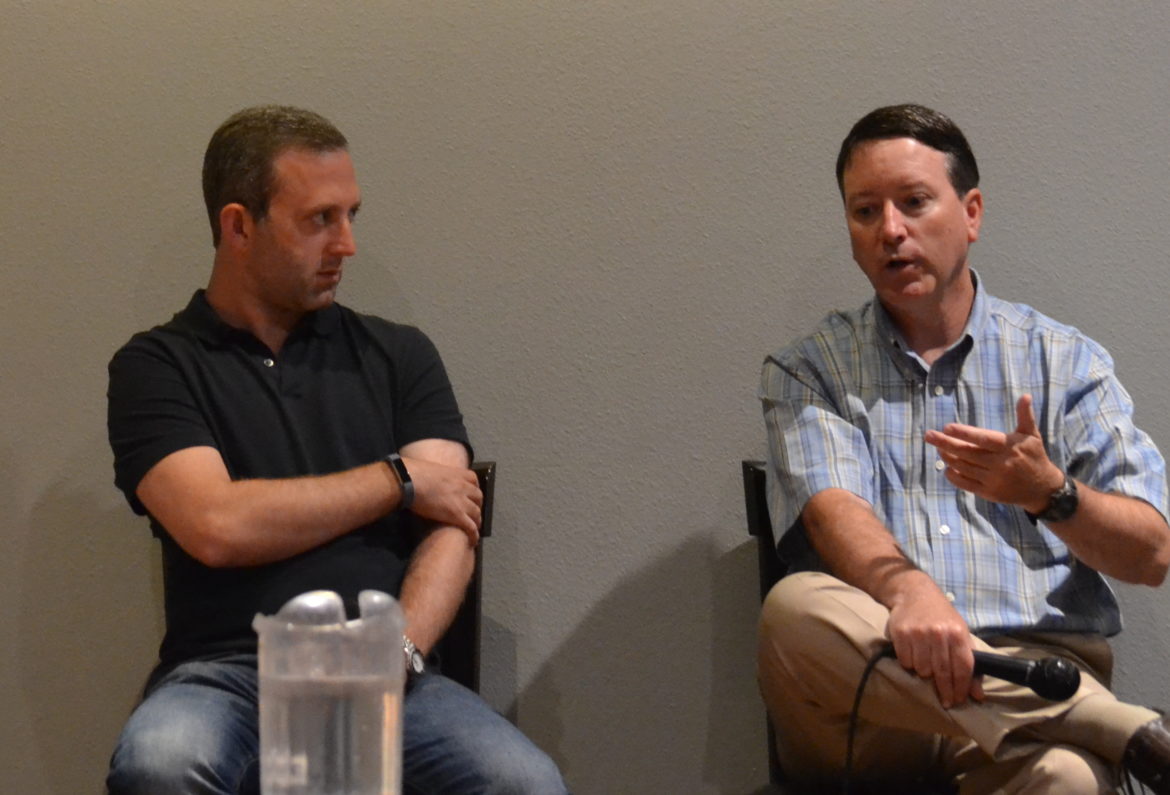 “I’m a curious observer much more than I am a fan,” Libit said of the Lobos. Libit has filed over 150 records requests under the state’s Inspection of Public Records trying to understand how the UNM Foundation makes its decisions and raises its money. Last November, Libit launched his website with a story raising important questions about the WisePies naming rights of The Pit, the university’s arena that hosts basketball games.

Libit now lives in Chicago but grew up in Albuquerque.

“UNM is the well that continually draws me back,” he said. “I’m interested in college athletics, and this is the devil that I know.”

Related story: Meet the man peering into the UNM ‘fishbowl’ 10,000 words at a time

In March, Libit filed an open records lawsuit against the UNM Foundation arguing that the non-profit organization should be held to the same transparency standards as the university itself. Libit had requested records related to the naming rights of what was then WisePies Arena. UNM said the information could only be provided by the foundation. The stand-alone foundation, meanwhile, said it wasn’t required to comply with IPRA, which applies to public agencies across New Mexico.

Libit said he came to the WisePies issue years after the fact but still had questions. He tried to find answers by requesting public records. And it became evident that many of the emails and records of conversations and decisions were housed at the UNM Foundation. “When I tried to request them, I was rebuffed and told the foundation is its own nonprofit,” he said. “The records had been put in a black box where the public could never see them—and the lawsuit came out of that.”

The New Mexico Foundation for Open Government (NMFOG) has long been interested in issues related to transparency at UNM, said board president Greg Williams, an attorney.

NMFOG, he said, is “dedicated to the idea that transparency in government is of utmost importance.” When government organizations, including universities, operate without public oversight, there is the potential for abuse. “UNM has taken the position that the foundation is not a public entity, and so not subject to IPRA and not subject to those same types of requests,” said Williams. What Libit and NMFOG contend is that while the foundation may be a separate entity, staff and resources of the university and the foundation are intertwined.

“We think of course that’s public information, and therefore people should be able to see that information,” said Williams.

Libit described for the audience his “come to Jesus moment” in writing about college athletics. In 2005, he said, he wrote what he now calls a “slavishly obsequious” profile of basketball coach Bruce Pearl, who was then at the University of Wisconsin-Milwaukee. Six years later, when Pearl was in hot water and eventually fired by the University of Tennessee for NCAA violations, Libit revisited the profile he had written.

“It was sort of my opportunity to rethink college athletics,” he said, and he wrote a piece for the Columbia Journalism Review called “The Scandal Beat,” about the resources sports reporters and editors dedicate to breaking relatively minor scandals, like the amount of money or types of benefits student athletes receive under the table.

“Since the 1980s, that had become the defining aspect of the newspaper sports department,” he said, “and how they shed the reputation of being the ‘toy factory’ of the newspaper and asserted itself in doing investigative journalism.”

The problem with that type of journalism, he said, is that it focuses on small issues that don’t really cause harm to anyone—to the exclusion of bigger issues that do cause problems and do deserve greater attention.

In 2011, he said he asked himself what might be the better way to cover college athletics.

“It took awhile to get around to it, but my website is basically my experience in doing that,” he said. “In covering college sports through journalism and not entertainment.”

Having grown up in Albuquerque, Williams said he remains a Lobo fan.

“All this scrutiny is good for UNM,” he said because transparency makes entities operate better. “What Daniel is talking about is the tip of the iceberg for what can go wrong at universities,” Williams said. And there’s not a conflict, he said, between being a fan and looking hard at how they operate.

NM Political Report’s next News & Brews will be August 10 and focused on educational issues. If you couldn’t make it to Saturday’s event, but feel it’s important to support the work we do from investigative stories to live events, please donate here.

View all News and Brews articles →