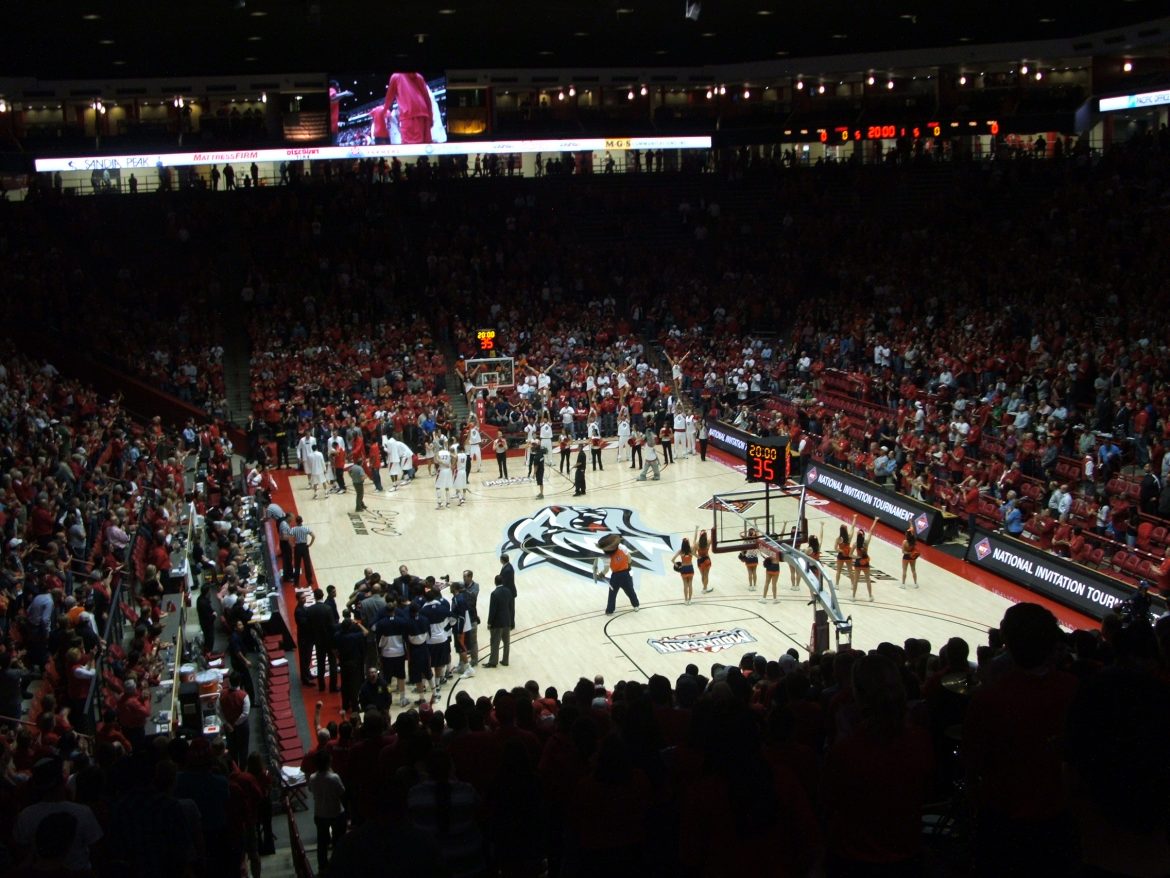 The inside of The Pit

Amid scandals, University of New Mexico’s president announced a shakeup in fiscal oversight at the athletics department.

Associate Vice President for Institutional Support Services Chris Vallejos will be tasked with evaluating and improving financial management of the department. He will work with Janice Ruggiero, the acting director of Intercollegiate Athletics, in the initiative.[perfectpullquote align=”right” cite=”” link=”” color=”” class=”” size=””]The state’s best environmental coverage.

It appears there may be financial irregularities related to the purchase of suites at The Pit, the basketball arena now known as Dreamstyle Arena. Abdallah’s statement indicates those are a key part of the new review.

“Part of this process includes reexamining all records of suites purchased for the Lobo men’s and women’s basketball seasons since the suites became available,” Abdallah said. “This process has revealed inconsistencies in contracts, invoices and payments for certain suites, and we are in the process of contacting current and former suite holders to rectify our records and accounts. We will seek to collect on any past due amounts.”

NMFishbowl.com reported on an April email from then-Athletics Director Paul Krebs asking for a “concerted effort to collect all past due money for suites and club seats from previous years.” He then asked if anyone had been taken to collections.

According to Albuquerque Journal sportswriter Geoff Grammer, he is told “there is as much as $400,000 in uncollected suite dues from boosters” at The Pit.

Grammer also said, on his Twitter account, that the Journal has a pending IPRA request over uncollected money on suite sales at the arena.

Suites are purchased through the Lobo Club, which recently dropped prices. Last year, the

The State Auditor announced earlier this year it would perform a special audit of the athletics department.

“To the extent that our efforts to rectify discrepancies have resulted in embarrassment to our fans, we sincerely apologize,” Abdallah wrote. “Efforts are underway to make sure that this situation won’t be repeated.”

UNM is also searching for a new president. Abdallah was named interim president in January after Bob Frank announced his resignation from the position in December.

It all comes at a time where the athletics department is facing questions over its management of money, highlighted by a fundraising trip where Krebs, former men’s basketball coach Craig Neal and Lobo Club executive Kole McKamey traveled to Scotland to play golf. But the university, using public funds, also paid for their families and several businessmen to travel to the golf trip.