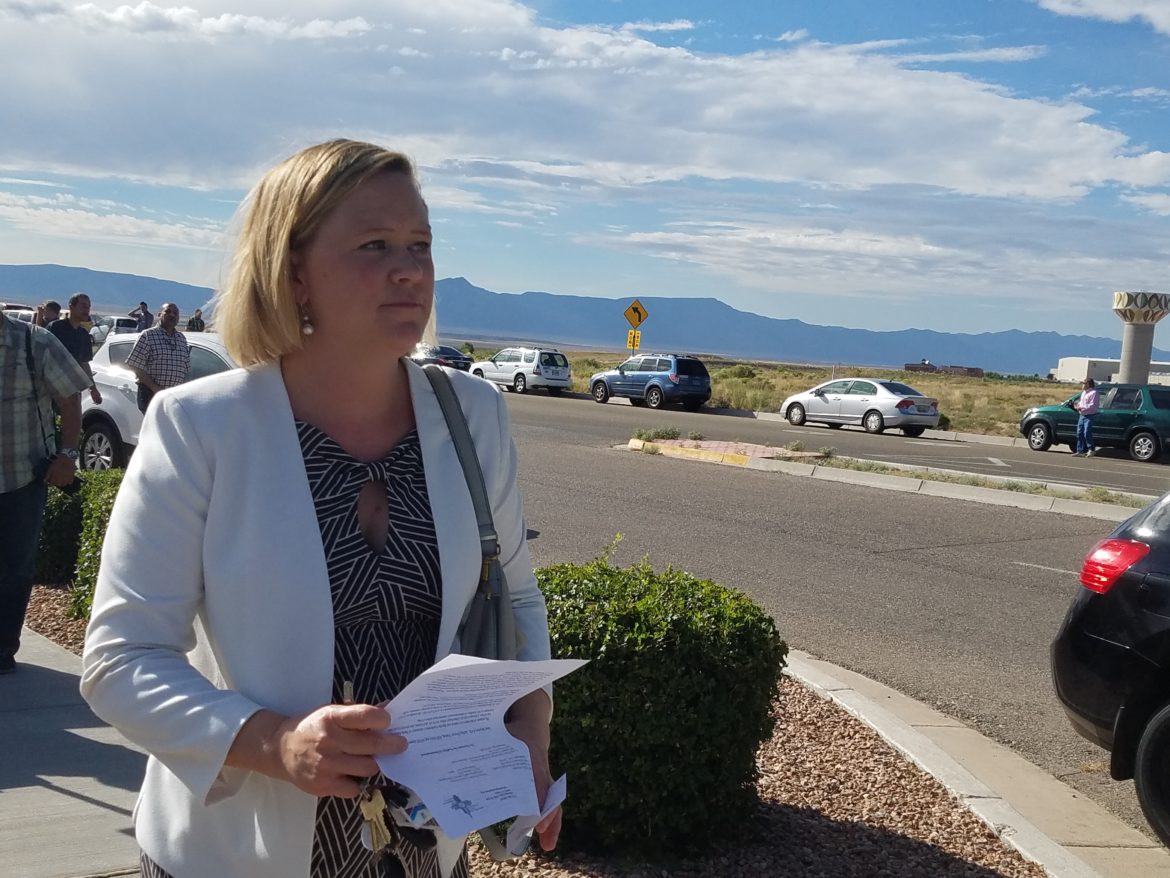 Last week Albuquerque resident and Iraqi refugee Kadhim Albumohammed, through his lawyer, announced he would seek religious sanctuary instead of submitting to federal detention by immigration officials.

In a letter delivered by his lawyer, Albumohammed informed U.S. Immigration and Customs Enforcement (ICE) of his location but opted against publicly announcing where he is living.

The idea of seeking refuge in a religious facility to avoid detention from immigration officials actually comes from ICE itself. In 2011, then-ICE director John Morton issued a memo to the agency’s field officers, agents and legal counsel, providing guidance on “sensitive locations,” or areas where agents should not make arrests except under extraordinary circumstances.

“Al Buhomahammed has been on an order of supervision with U.S. Immigration and Customs Enforcement (ICE) since about 2010,” an ICE statement sent to NM Political Report read. “Since he did not appear for a scheduled July 13 ICE appointment, he is currently an ICE fugitive.”

Albumohammed’s immigration lawyer Rebecca Kitson said she thinks this is ICE officials making it clear they’re not going to let up.

“My take on this is that they’re digging in their heels,” Kitson said.

An ICE spokesman confirmed with NM Political Report that the 2011 sensitive location memo is still current policy. This means one of the few things keeping ICE officials from arresting Albumohammed at his current location is the agency’s self-imposed policy, written under a different presidential administration and different agency director.

Executive Director at New Mexico Faith Coalition for Immigrant Justice Justin Remer-Thamert worked with Albumohammed and local religious organizations to arrange for a place to stay.

Remer-Thamert said there is still a high level of anxiety regarding how long Albumohammed can stay where he’s at or if there is an emergency that would force Albumohammed out of the unnamed church.

“It is challenging not knowing how long sanctuary might last,” Remer-Thamert said.

Even with the sensitive location policy in place, Kitson and Remer-Thamert both said agents can find ways to arrest Albumohammed if they wanted to.

The 2011 memo outlines some exceptions to the rule. With the approval of a handful of top ICE officials, for example, agents could enter a religious facility to make an arrest. The memo also states that under certain circumstances like a potential national security risk or the threat, agents can make arrests in a sensitive location.

Remer-Thamert said ICE hasn’t shown signs that they might go back on or change the 2011 directive, but that religious sanctuary has it’s drawbacks.

“It does come with a hyper level of stress,” Remer Thamert said.