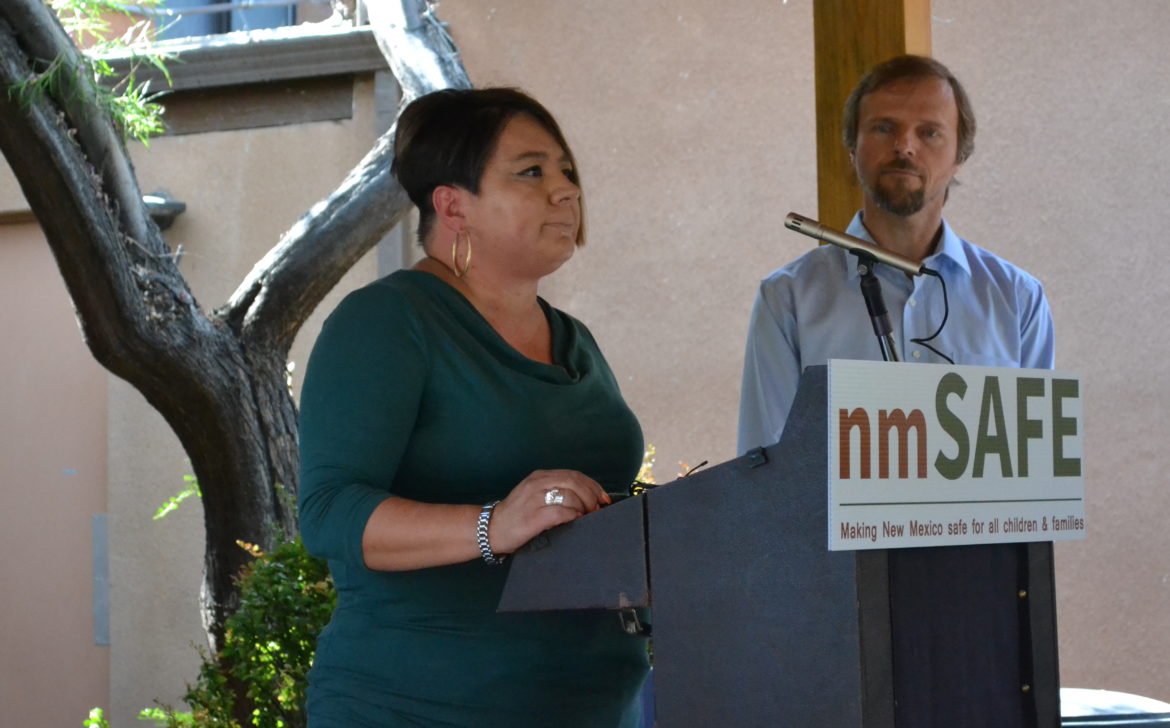 At a press conference, a few members of the group spoke about the analysis and what it means for New Mexico.

Tanya Romero with the Esperanza Shelter for Battered Families said the state needs more reforms instead of tougher criminal penalties.

“Domestic violence, a good percentage of it, is through historical trauma,” Romero said. “It is time for us to break the cycle, it is time to educate many about the acts of violence.”

“It’s great idea after great idea that this governor refuses to get on board with,” Allen said. “We are never going to move this state forward with proactive, creative criminal justice reform until we have a new governor in office.”

Martinez’s office did not comment on the group’s criticisms before press time.

Of the two-dozen proposals NM SAFE looked at, only one became law. The rest either failed in committee or was vetoed by Martinez.

Martinez signed a bill that limits when school officials can physically restrain a student. The bill was a bipartisan effort, sponsored by Rep. Jim Smith, R-Sandia Park, and Rep. Debbie Armstrong, D-Albuquerque.

The legislation with the worst grades were generally sponsored by Republicans and focused on increasing criminal penalties. A high profile bill from the House aimed at reinstating the death penalty, for example, received an “F,” the lowest possible grade.

The group also gave low grades to proposed penalty enhancements like including crimes against police officers and first responders as protected classes under the state’s hate crime law and bolstering the state’s “three strikes law.”

Bills that focused on alternatives to criminal sentences or eliminated punishments, like one that proposed to legalize recreational cannabis, received higher grades.

NM SAFE also praised legislation that focused on reform and prevention rather than punitive actions after crimes are committed.

A bill that would have increased penalties for crimes involving firearms, for example, received a “C”  for focusing too heavily on increased sentences and not on gun control.

“Rather than incarcerating after-the-fact, the only way to prevent gun violence is to make guns unavailable to high risk individuals,” the report read.

In its report, NM SAFE wrote each bill was judged on its ability to make New Mexico safer, whether it was apolitical, fiscally responsible and whether there is sufficient evidence to support the respective bill.

NM SAFE is made up of 30 groups and individuals and was created in October 2016, when Gov. Susana Martinez called for a special session primarily focused on increasing criminal penalties.