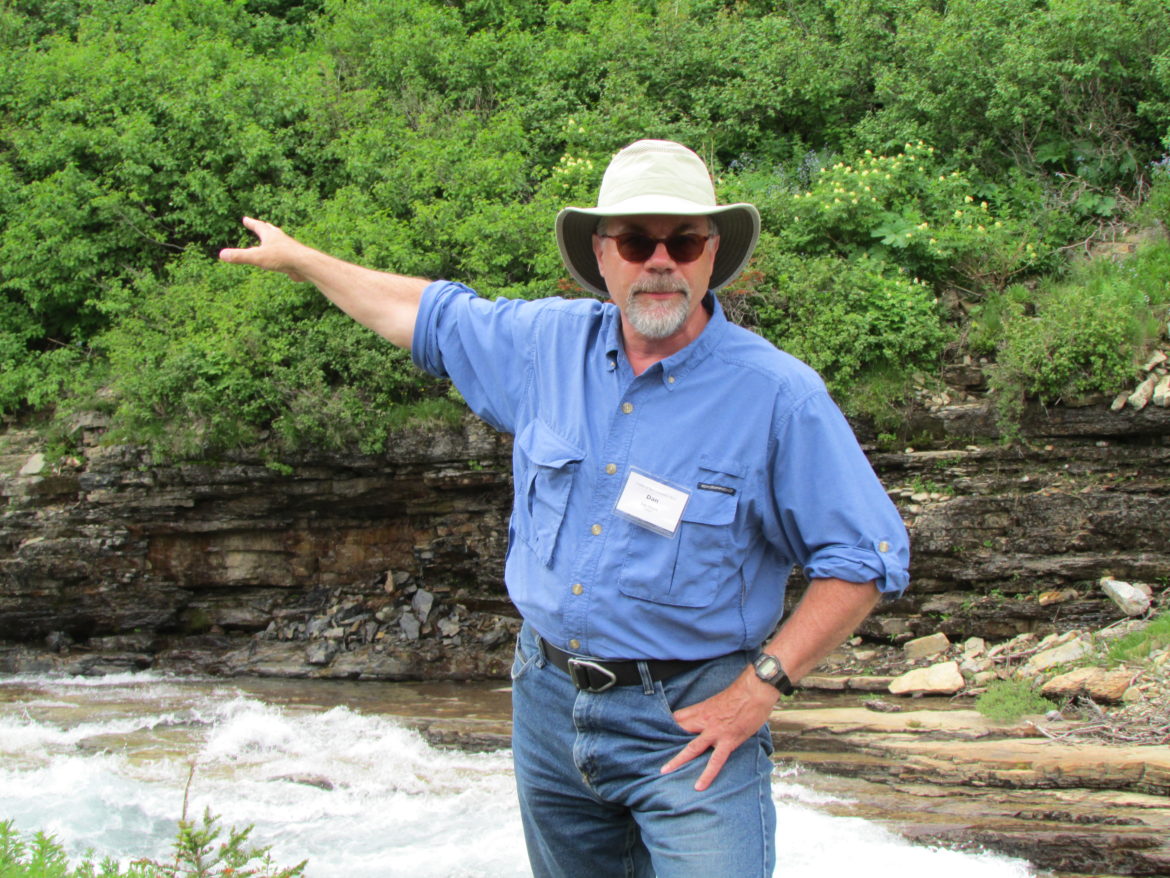 The decision to micromanage Zuckerberg’s stop in Montana from 2,232 miles east in Washington, made by top officials at the Interior Department, the National Park Service’s parent agency, was highly unusual — even for a celebrity visit.

It capped days of internal discussions — including conference calls and multiple emails — among top Interior Department and Park Service officials about how much the park should roll out the welcome mat for Zuckerberg, who with the broader tech community in Silicon Valley has positioned himself as a vocal critic of President Trump, particularly of his withdrawal from the Paris climate accord.

Those experts included the park’s superintendent Jeff Mow and Daniel Fagre, a research ecologist with the U.S. Geological Survey who is stationed at the park. Earlier this week, Fagre told the Post’s reporter he didn’t know what had happened:

Three days before the tech leader’s July 15 visit to Glacier, research ecologist Daniel Fagre said he was told that his scheduled tour with Zuckerberg of Logan Pass on the Continental Divide was off.

“I literally was told I would no longer be participating,” Fagre, who works for the U.S. Geological Survey, said in an interview Tuesday from his office inside the park. He said he asked the public-affairs officer who notified him why the briefing was being canceled.

“I’ve gotten nothing back,” he said. “We’ve definitely been left in the dark.”

The tech billionaire might have missed the chance to learn about the melting of the park’s iconic glaciers, but four years ago, Fagre met with journalists who visited the park in June 2013 as part of a fellowship with the Institute for Journalism and Natural Resources.

At that time—when the planet was just a little bit cooler than it is right now—Fagre called the glaciers in Montana’s northern Rockies “listening posts for climate change.”

He explained that dating back to the late 1800s, some of the glaciers’ melting was due to natural warming and cycles. What’s been happening to the park’s glaciers since the mid-20th century, however, is not natural.

“They are relentlessly getting smaller,” he said, and they will disappear within decades.

If greenhouse gas emissions were not causing the climate to warm, the planet may have rebounded from the mid-19th century to stable global temperatures. “Since that time, less of the change has been natural,” he said. “1998 was the first year we had gone above statistical range of temperature. Since then, we have been breaking that record constantly.”

Since Fagre said that in 2013, the Earth has continued to break those temperature records.

Mountain ecosystems are especially vulnerable to climate change, he explained, “and the higher we go, the greater the changes, and the more those changes cascade through the system.”

Fagre also said that with warming, and the changes it causes throughout the ecosystem, “when you cross the threshold, there’s no going back.”

With hotter summers, ecosystems dry out and the amount of available water plummets. Instead of providing a “safety valve” and storing enough water for decades and releasing it slowly, the glaciers start melting more speedily. Until they’re gone.

Warming also leads to higher water temperatures in streams and rivers, which affect fish and the macroinvertebrates they rely on for food. Wildlife species already declining because of things like habitat fragmentation become increasingly vulnerable. And when ice retreats and exposes new rock, it oxidizes, causing downstream spikes in phosphorus and nitrogen, which can harm downstream plant and animal species.

The melting of the glaciers is important to ecosystems and wildlife, and humans. On average, across the western United States, more than 80 percent of the water cities and farmers rely upon comes from snowpack.

On that trip four years ago, Fagre and University of Montana’s Steve Running also talked about the impacts of warming, and declining glaciers, on food scarcity. For instance, communities and countries will have to grapple with ethical questions like: if a farmer is growing a hectare of corn, will that be used to feed someone or create ethanol?

In a warmer world, humans will have to figure out where to live, too. Over the past 6,000 years, people have settled in certain places across North America (and the world). As warming melts off glaciers—as well as causes sea level rise and lands some arid regions in what amounts to permanent drought—human migration will become an issue.

Once a glacier is no longer big enough, moving like a glacier or changing the chemical composition of the runoff, it’s “demoted” to an “ice apron,” Fagre explained.

I guess that Ice Apron National Park also has a certain ring to it, as well. For a while, anyway.