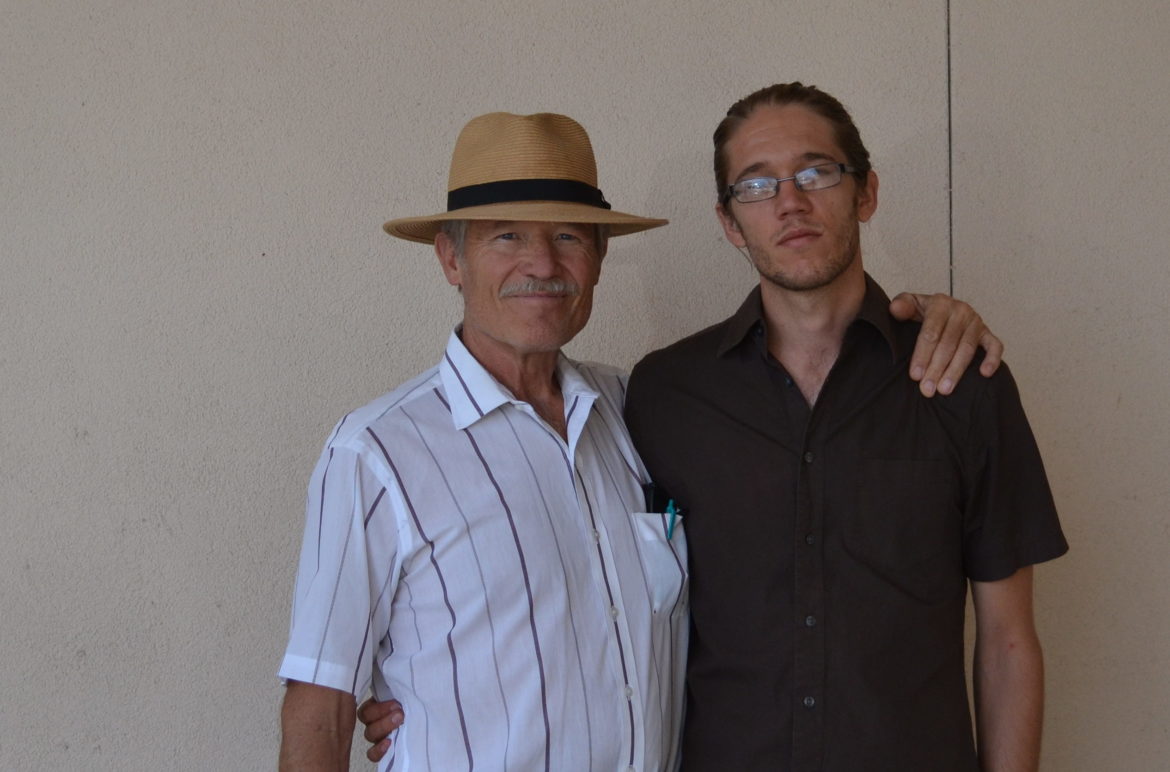 Glen Thamert wears a perpetual smile and favors a hug over a handshake. The retired Lutheran minister has lived in Jemez Springs since 2001 and raised both his adult children in Albuquerque.

Next month will mark 29 years since Thamert was acquitted in an Albuquerque federal courtroom after helping two women, whose lives were in danger, leave their home country of El Salvador. Thamert’s trial was part of the sanctuary movement that sprung up in the 1980s when military forces killed hundreds of thousands of people in Central and South America.

Community leaders and others often use the word “altruistic” to describe him. State Sen. Jerry Ortiz y Pino, who has known Thamert and his family for almost 30 years, said Thamert likes to assume the best of everyone.

“He never suspects people might have ulterior motives,” the Albuquerque Democrat  said. “He just assumes people are as big-hearted and good-hearted as he is.”

Decades after Thamert made national news, and as anti-immigrant rhetoric in America ramps up again, his son is following in his footsteps.

Today, Justin Remer-Thamert is working with religious organizations to secure locations for refugees trying to avoid deportation from the United States to home countries where they may face torture or death.

Over coffee and bran muffins in Albuquerque, Thamert reached his hand across the table, grabbed his son’s arm and called him his “hero.”

“His mom and I and so many others are so blessed to have this young man who got it in his heart, in his head, in his being, his lifestyle, to do what he does,” Thamert said.

Although too young to recall specifics of his father’s trial, Remer-Thamert said his upbringing led him to his current position as executive director of the The New Mexico Faith Coalition for Immigrant Justice. He landed in the spotlight recently when two refugees in Albuquerque sought religious sanctuary against detainment and possible deportation.

Two weeks ago, Remer-Thamert stood in front of a few hundred people outside the Albuquerque U.S. Immigration and Customs Enforcement (ICE) office. Iraqi refugee Kadhim Albumohammed, through an attorney, told ICE he would seek religious sanctuary instead of submitting himself to federal detention and possible deportation. It was Remer-Thamert’s organization that helped find a church to house Albumohammed.

For now, Albumohammed has a momentary reprieve. A federal judge in Michigan ruled Monday in favor of hundreds of Iraqi refugees facing deportation. They now have 90 days to make their cases for staying in the U.S. The order does not address detentions by the agency, which has not said whether they will stop pursuing refugees like Albumohammed.

It’s cases like Albumohammed’s that Remer-Thamert seems to hold a deep responsibility for, partly he says because of how his dad raised him.

“That is very much connected to my roots,” Remer-Thamert said.

An echo of the past

The 73-year old Thamert sees clear parallels between the political climate in the mid-1980s and today. In 1986, President Ronald Reagan signed the Immigration Reform and Control Act and the U.S. was at the tail-end of the Cold War.

“Reagan was sending our billions of tax dollars to kill all of the so-called communists,” Thamert said.

Thamert had seen what was happening in El Salvador when he travelled to the Central American country to adopt his daughter.

“Children were being abducted out of orphanages and the country was at war and here we had spent thousands of dollars to adopt our daughter,” Thamert said recounting the months-long process he and his then-wife went through.

Thamert said the lawyer in El Salvador he worked with called him shortly after the adoption. The lawyer told Thamert there were two young women in his office who feared for their lives after being raped and impregnated by Salvadoran soldiers.

The call came shortly after then-Gov. Toney Anaya declared New Mexico a sanctuary for refugees from Central and South America in 1986. Thamert thought the women’s situation qualified them for assistance in the state under Anaya’s proclamation—so he worked to bring the women here.

The women flew from El Salvador to Chihuahua, Mexico, before boarding a train to Juarez, and walking across the Mexico-U.S. border.

Thamert was charged in federal court and the women were reportedly allowed to stay in the country in exchange for their testimony.

Then-U.S. Attorney William Lutz, a Reagan appointee, seemed dead set on a conviction. At the beginning of the trial, the New York Times reported similar charges to the ones Lutz pursued seemed out of the ordinary for the time. Before the federal trial in Albuquerque, eight others in Tucson were convicted of similar charges, and a judge lessened their sentences to probation. Lutz, now a lawyer in the Las Cruces area, could not be reached for comment.

Lutz’s office also pursued charges against Demetria Martinez, a freelance journalist who accompanied Thamert to document the ordeal. Martinez never wrote a news story about the two women, but did later write a novel and a poem based on what she witnessed.

On Aug. 3, 1988, two years after their trip, a jury acquitted Martinez and Thamert on all charges. Thamert said he imparted one of the lessons he learned from the trial to his children: “I taught both my children, don’t ever trust your government, they’ll say one thing and do another, and you’re screwed.”

Remer-Thamert, echoing his father’s attitude, may hold a certain level cynicism himself, but seems to remain optimistic.

Like father, like son
Social justice was always a theme in the Thamert household, but his son said he didn’t become politically active until college, where he studied political science and Latin American studies and took multiple trips to Central and South America. From there, his interest in refugees and social justice only increased.

Now, as the executive director of the interfaith coalition, he played a key role in finding religious sanctuary for Honduras refugee Emma Membreno-Sorto and Albumohammed.

As NM Political Report previously reported, no federal statute defines religious sanctuary. Instead, ICE policy says agents aren’t supposed to make arrests or perform interrogations in “sensitive locations” like churches hospitals and schools. That internal policy could conceivably be reversed, though. According to Remer-Thamert and other immigration advocacy groups, ICE so far hasn’t shown any signs of going back on that policy.

Remer-Thamert isn’t worried about facing criminal charges like his father did especially because sanctuary, he said, has a long religious and humanitarian tradition.

“I feel that my faith and my conviction to strive for a more just world far outweighs any concern of negative repercussions,” Remer-Thamert said. “The possibility of what I might face pales in comparison to the impact detention and deportation have on so many families.”