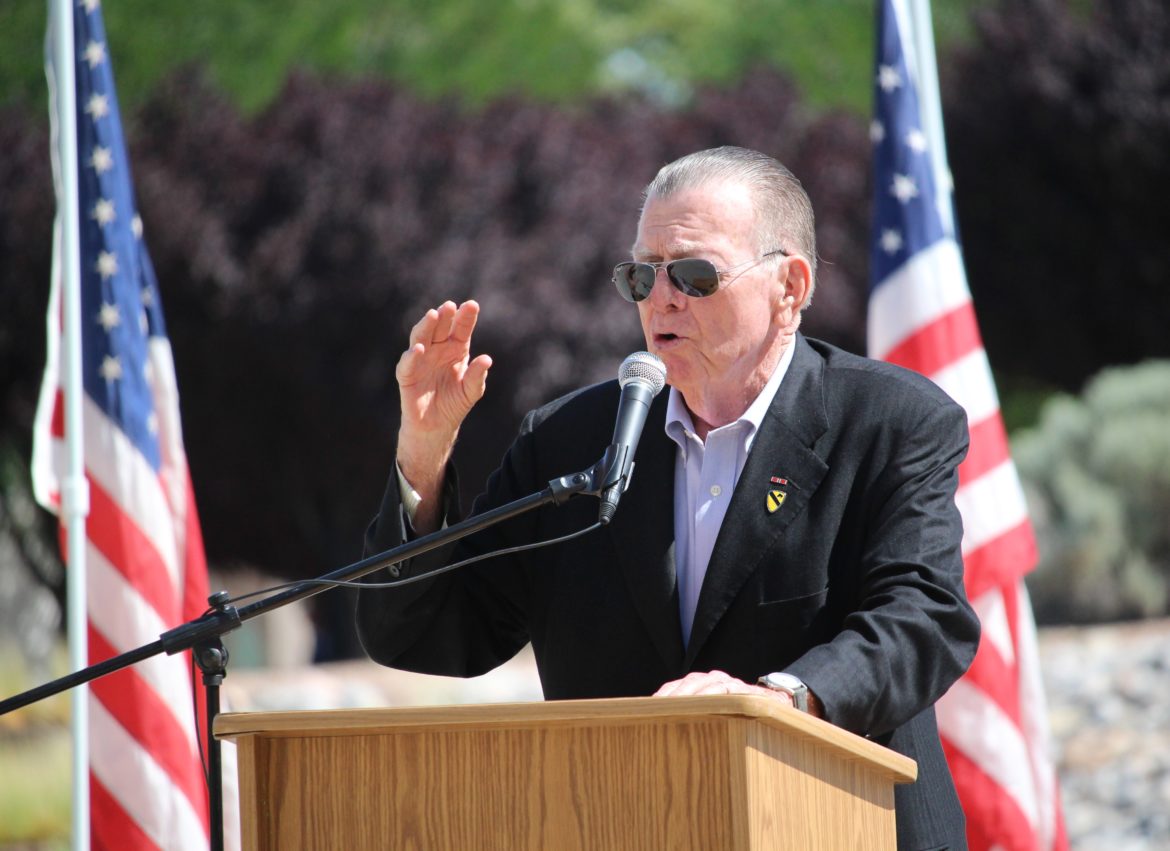 Pyle first covered the European Theater during the war. He survived a bombing during Operation Cobra in the Normandy Campaign and in 1944, won a Pulitzer Prize, journalism’s most prestigious prize. In 1945, he returned to combat to cover the war in Japan. He was shot and killed on Ie Shima, near Okinawa. Today, the home on Girard Boulevard he and his wife shared still houses an Albuquerque Public Library branch.

During the ceremony at New Mexico Veterans Memorial Park in Albuquerque, representatives from the governor’s office and the Albuquerque mayor’s office read proclamations honoring the reporter and declaring August 3 as “National Ernie Pyle Day.”

“You don’t want to go to war without us,” Galloway said, explaining that reporters are the ones who bring the real stories home to soldiers’ families and loved ones. “If we’re not there, no one’s telling your story.”

More than 70 reporters were killed while covering Vietnam, he said, and “dozens and scores more have died since, covering other of our wars that continue to this day.”

Pyle remains a “hero” he said “to anyone who picks up a pencil and a notepad, or any of these other newfangled things…and puts themselves in harm’s way.”

And today, 117 years after Pyle was born in Dana, Indiana, reporters still have the same obligations, Galloway said: “To tell the truth, to listen carefully and to report even more carefully.”

This reporter is a board member of the Rio Grande Chapter of the Society of Professional Journalists.