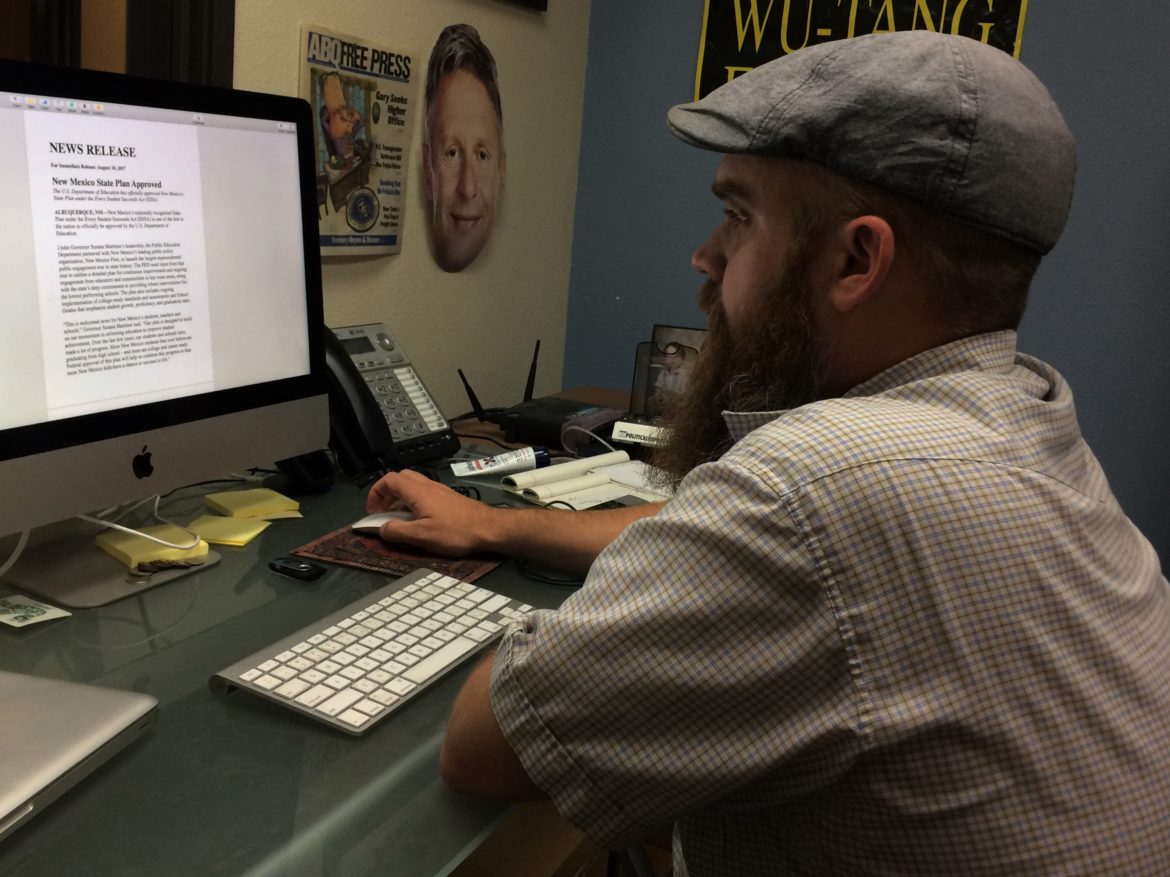 As reporters, we have a lot of questions about the state of education here in New Mexico. Most people have strong opinions, and sometimes fiery debates can obscure the deeper issue of why New Mexico’s students aren’t faring as well as they should.

Last week we published stories about education in New Mexico leading up to the start of the school year. We wanted to cut through the rhetoric and understand where schools and students are succeeding and where more work is needed.

With thousands of students and teachers headed back to school, PED didn’t want to answer even simple, straightforward questions about education in New Mexico. The administration didn’t want you, our thousands of readers across the entire state, to have a better grasp of the issues at hand.

On August 11, for example, we published a story about the education plan PED sent to the U.S. Department of Education. Buried in that plan are four possible outcomes for underperforming schools, including adding more state charter schools, encouraging a voucher program or even shutting down public schools. We wanted to know more about this, including how state officials would decide to carry out those plans, and how the plans could impact families and students, especially in rural school districts.

While we were reporting that story, a PED spokeswoman initially responded to requests for comment with an email that stated “Sorry for the delay. I forwarded this to the right folks and we’ll get you some answers.” We received that email on July 25. Then, PED went silent, despite our follow-up emails and calls. The day before our story ran, PED praised the federal approval of its plan in a press release, but did not address any of the questions we had asked.

Meanwhile, the department’s spokeswoman also dodged questions about STEM education, priorities and spending in the state. She still continues to ignore requests from NM Political Report to interview acting Secretary Christopher Ruszkowski, who took over the department in June after Hanna Skandera resigned.

Our story published on August 9, and we’ve continued to ask for an interview with Ruszkowski. We’d like to know, for example, whether he supports adoption of Next Generation Science Standards. New Mexico’s teachers are currently working with standards adopted in 2003, which themselves are based on 1996 national standards.

In these two instances, we asked PED for basic information and to talk with its experts—so we could better understand complex issues. Instead we are left with more questions than we started with. That means New Mexicans don’t have good answers either.

Maybe some of our readers have grown accustomed to reading sentences like, “We did not receive a response” or “If we receive information responsive to our requests within 24 hours of publication, we will update the story.”

In the two years NM Political Report has been around, we have repeatedly written about important policies or issues affecting the lives of New Mexicans without comment from Gov. Susana Martinez’s office or her executive agencies. That’s not because we’re not reaching out to officials. And it’s not a problem that’s unique to NM Political Report either.

Every time you read a disclaimer like that in any story, explaining that a state employee—and in particular, a generously paid taxpayer-funded public information officer or communications director—has not responded to inquiries from the press, you might ask: Why don’t state officials think the public should understand what’s happening?

This isn’t the first time we’ve had to shift a story’s focus from a particular topic to the agency itself.

Earlier this year NM Political Report sought basic information from the New Mexico Department of Health about lead poisoning and children. When officials ignored our questions, the focus of the stories changed from where New Mexico’s children are most at risk of lead poisoning to the department itself.

Now, we are faced with a similar situation.

When reporters contact state agencies, our goal is to gather information and disseminate it to the public. We’re constantly told that media questions must be routed through public information officers, who then ignore our requests for information or interviews.

The people we’d really like to speak with, the experts and longtime employees who actually work on the issues, have been placed off-limits. Those people aren’t allowed to talk to reporters, and it’s clear that mandate comes from the top of the department, or more likely, the Office of the Governor.

That’s another reason people should care about the administration’s code of silence: It undermines the important role state agencies like PED perform, and diminishes the work of good state employees.

Both stories we wrote last week about education are missing a key perspective. That voice could have refuted other sources to make a more well-rounded story, or it could have simply answered the question, “Do we have this right?”

To those public information officers and state employees who wonder how to get in touch with us or respond to our questions, we’ll just leave our contact information below.