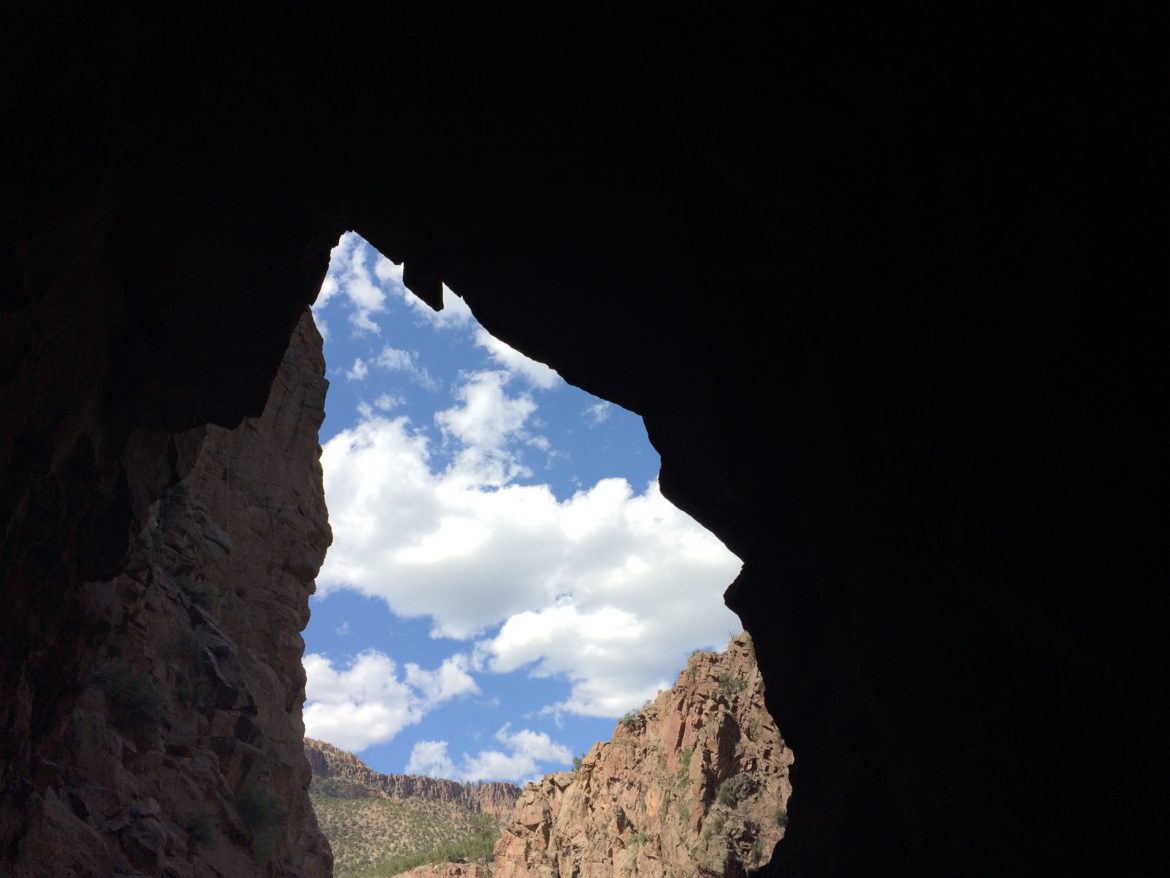 The Gilman Tunnels in the Jemez have re-opened.

Recently we relaunched our weekly environment wrap-up as an email you can receive once a week. To subscribe, click here. What follows is only an abbreviated version of yesterday’s email.

In 2004, Congress gave New Mexico 10 years to decide how to spend federal money on water projects in southwestern New Mexico. The state could pursue efficiency and restoration projects or build a diversion on the Gila River. In 2014, the New Mexico Interstate Stream Commission chose diversion.

Three years later, the state has spent millions of dollars, yet still lacks plans for the project or buyers for the water.

Now, even some partners are raising questions. The Silver City Daily Press reports that at the last Grant County Commission meeting, one commissioner complained that the county can’t use the federal money to fund necessary water projects: “It is frustrating having to run around looking for funding for good projects like this while money continues to drain away,” Commissioner Harry Browne said.

Meanwhile, the Albuquerque Journal reports that Bernalillo County commissioners voted to allow developers to move ahead with plans for Santolina even though no one knows where the 21-square mile development will get its water. Commissioners Wayne Johnson, Lonnie Talbert and Steven Michael Quezada voted in favor. Chairwoman Debbie O’Malley voted against the move, and Commissioner Maggie Hart Stebbins was absent.

In Carlsbad, local leaders are thinking about applying for federal funds to repair the I&W Brine Well. North of Santa Fe, tensions are strained over implementation of the Aamodt water rights settlement. And this week, the Santa Fe Reporter takes a close look at the plan for Mexican gray wolf recovery.

It’s also worth looking over to Kentucky this week. (I know, this is supposed to be New Mexico news. But really, keep reading.)

The Courier-Journal reports on an unusual lawsuit against two state environmental regulators. According to the story, “The family of the newest Republican governor – billionaire Jim Justice of West Virginia – is going after the personal assets of two top Kentucky environmental regulators after Kentucky sought to collect millions in unpaid fines from the coal-mining companies they control.” The Kentucky Fuel Corporation is blaming the two regulators for their company’s “failure to meet reclamation deadlines, potentially costing more than $4.5 million in fines.”

The company’s attorney, Richard Getty, explained in the story: “I use the word accountability, not intimidation.”

Now onto some better news.

Closed since June, the Gilman Tunnels on Forest Road 376 have reopened on the Jemez Ranger District in the Santa Fe National Forest. (Just be smart with your campfire if you head up to the mountains.)

New Mexicans won’t get a full view of the solar eclipse on Monday; we’ll only see about 75 percent of the sun covered by the moon. But there are plenty of events where you can get glasses and hear from experts. Eight different state parks will host events and so will Valles Caldera National Preserve.

Send your story tips and links to environment stories around the state to laura@nmpoliticalreport.com or contact me on Twitter, @LauraPaskus