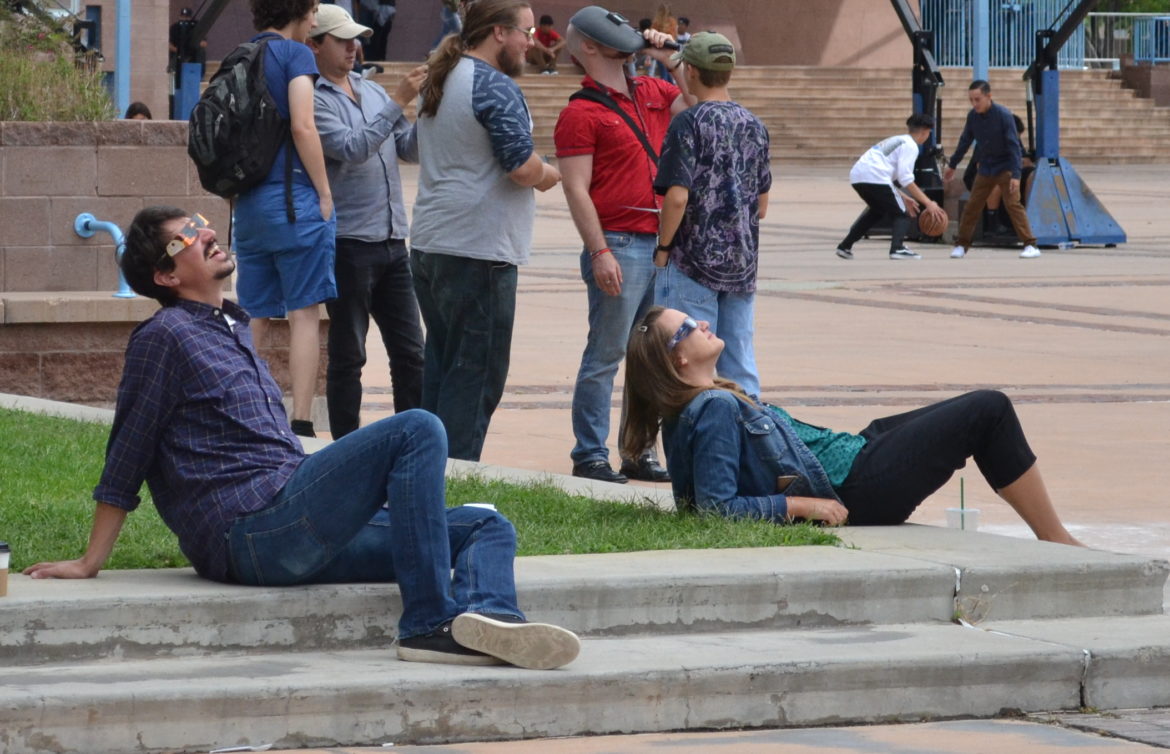 We knew that all the other Albuquerque news outlets would be out and about as the eclipse began, but we still wanted to see how people reacted to the celestial event today.

(Also, neither of us had glasses, so watching people, as opposed to the sky, was our only real option to join the excitement.)

We took a stroll through downtown Albuquerque to check out how people were reacting to the solar eclipse. And even though the skies were mostly cloudy, there was something heartening about seeing people streaming out of buildings, laughing, sharing glasses and taking a break from work and school to be outside, together, staring at the sky.