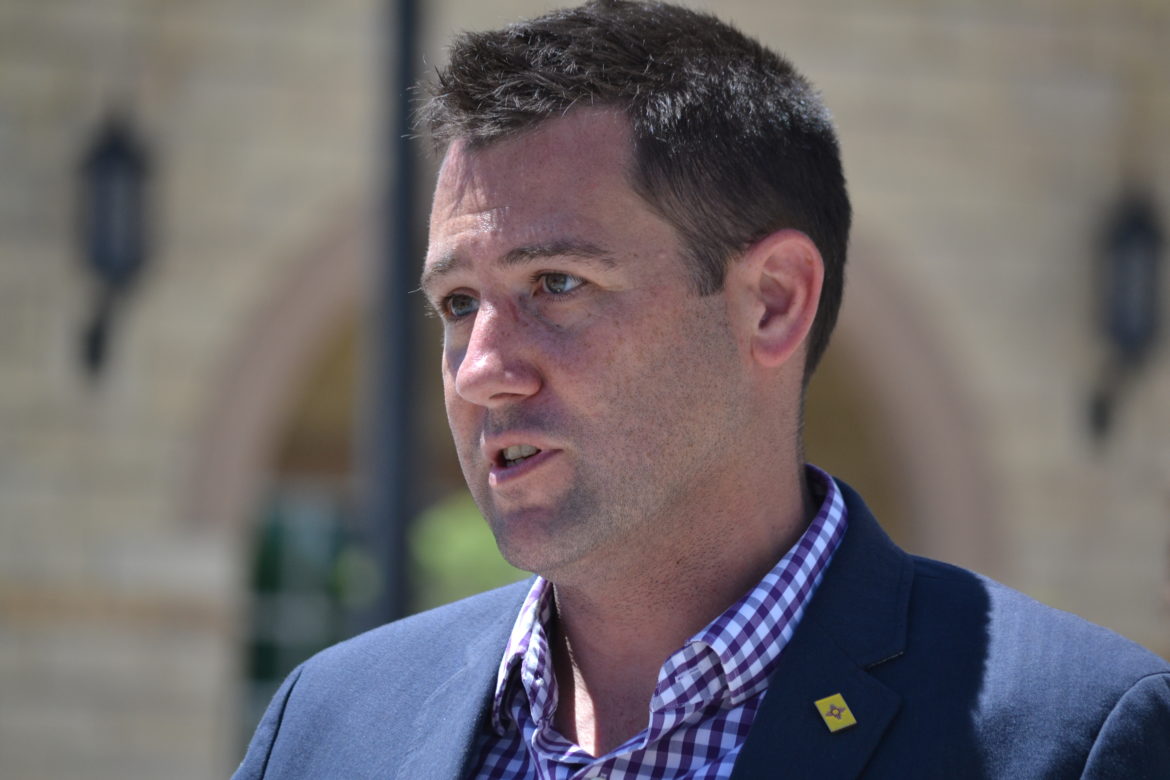 An Albuquerque city councilor is calling for a congressional investigation of a massive, undercover federal sting operation that targeted a poor, largely minority section of his district last year in an attempt to blunt the city’s gun and drug crime.

Pat Davis, a Democrat who represents the International District and is running for Congress himself, filed a resolution on Friday that, if passed by the Albuquerque City Council, would ask  New Mexico’s congressional delegation to push for hearings on the sting operation. The four-month sting was undertaken by the federal bureau of Alcohol Tobacco Firearms and Explosives (ATF).

In addition, the resolution asks the ATF and the U.S. Attorney’s Office, which is prosecuting the 103 people arrested in the sting, to apprise city officials of the details of the operation. The resolution, which will be formally introduced at a Sept. 6 council meeting, also demands “the ATF abstain from certain future such operations that are detrimental to the Albuquerque community.”

This story originally appeared in New Mexico In Depth and is reprinted with permission.

Separately, Davis, a former police officer, wants the council to hold a public hearing so family members of those targeted in the sting can speak out. He expects the full council to vote on his resolution after the hearing, which has not been scheduled, and further “information gathering.”

“There was never a single day where this operation was likely to ensnare our city’s violent criminal element,” Davis wrote in a news release announcing his resolution. He noted that the operation did nothing to decrease gun crime in a city beset the past several years with spiking violent crime rates.

Elizabeth Martinez, a spokeswoman for the U.S. Attorney’s Office in Albuquerque, declined to comment for this story. She has asked that all inquiries about the sting be sent to her.

Davis’ resolution comes two days after New Mexico In Depth published the latest installment in an investigation of the ATF sting.

This week’s story chronicled the case of Jennifer Padilla, who says she was arrested by ATF after one of its paid, professional informants enticed her into a sexual, emotional relationship before pressuring her into introducing him to old acquaintances for two drug deals. Living in a halfway house at the time and struggling to stay off drugs, she claims the ATF informant said he’d be harmed if she didn’t arrange the deals.

Padilla, now 39, obliged and, though she was not present for either transaction, faces more than a decade in prison if she’s convicted of two counts of conspiracy to distribute meth. She has been in jail since her arrest in August 2016.

Her lawyer is asking a judge to dismiss her case because of what he believes was “outrageous government conduct” to entrap his client.

Previous NMID stories have shown that ATF swept up a highly disproportionate number of black people in last year’s sting. Hispanics were overrepresented, too, while whites were underrepresented. The racial disparities among those scooped up by the ATF resemble the breakdowns of those arrested in operations in other cities associated with some of the same agents responsible for Albuquerque’s operation, NMID found.

The city’s black leaders are demanding answers from  local and federal authorities about the sting.

A majority of those arrested in last year’s Albuquerque sting also did not fit the “worst of the worst” profile federal officials said were targeted when announcing the results of the operation during an August 2016 news conference. NMID found that most people who were arrested did not have the lengthy, violent felony criminal records agents said they used as a prerequisite for targeting people. And, in many cases, individuals were arrested for relatively small amounts of drugs.

Another story showed the five informants ATF used to troll for targets — three of whom were black and two of whom were Hispanic — had criminal records of their own and were paid as much as $1,400 a week plus “bonuses” for their work.

Davis noted in his news release that last year’s operation coincided with the U.S. Department of Justice’s continuing efforts to “rebuild police and community relations” and that the sting didn’t help matters. The Albuquerque police department is under a DOJ consent decree following a federal investigation that found a “culture of aggression” and numerous cases of excessive force and a leadership structure that for years turned a blind eye to it.

“I want to know why, after these (ATF) operations had raised questions about biased policing around the country, they were invited here and turned loose on one of our poorest black and Hispanic neighborhoods in a city that is supposed to be working in partnership with the Department of Justice to rebuild police and community relations,” Davis wrote in his release, which cited NMID’s reporting extensively.

The Justice Department oversees the ATF.

Davis hopes APD will clarify its role in last year’s operation at the upcoming public forum, he said in the news release.

The department has come in for criticism after NMID published sworn testimony from one of the ATF supervisors involved in the 2016 sting who testified during an April court hearing that Albuquerque police helped with the operation.

APD has repeatedly refused to answer NMID’s questions, citing a request for silence from ATF.

Special Agent Russell Johnson said under oath that APD and other agencies directed his team to the International District but did not provide any statistics to corroborate that its crime problems were worse than other areas of the city.

Johnson also testified that APD officers were “assigned” to the ATF team and played an integral role in identifying people to arrest.

NMID obtained an email exchange between Davis and APD Chief Gorden Eden through a public records request, It appears to show Eden distancing his department from the operation.

“In the very first meeting, (ATF) made it clear to APD, (New Mexico State Police) and the (U.S. Attorney’s Office) that this was their operation and they fully staffed it as they had done in the other cities,” Eden wrote. “Our few meetings with (ATF) were more informational or status updates for APD and the USAO.”

Neither Eden nor his spokeswoman, Celina Espinoza, responded to requests for an interview.

Davis, in a telephone interview Friday, said APD officials told him the department played no role in the sting.

Davis recalled a meeting with Eden, Deputy Chief Eric Garcia and John Sullivan, commander of APD’s Special Investigations Division, in which Eden told him APD was first approached about the ATF operation in August 2015. Eden and Assistant Chief Bob Huntsman were summoned “at the last minute” to a meeting at which officials from ATF and the U.S. Attorney’s Office said they were considering a sting in Albuquerque because of its high violent crime rate.

APD officials returned for a second meeting with the federal officials two days later, the chief told Davis. They gave the officials a map of the city showing a statistical breakdown of crime “hot spots,” Sullivan recalled, according to Davis.

“But the chief said he left that meeting believing that no one had decided to move forward with the operation,” Davis said.

Seven months later, in late March 2016, APD officials including Eden were invited to another meeting, this one at Expo New Mexico, Davis said he was told. ATF supervisors told them at the meeting that the operation was under way.

Sullivan told Davis he offered one of APD’s informants and officers to help out with the operation, Davis said. Sullivan even offered to have detectives drive agents around the International District and point out trouble spots and possible suspects.

The ATF never followed up, Davis said the APD leaders told him.

“I specifically asked (Sullivan) if any of his guys were involved in any way,” Davis said. “He said, ‘Absolutely not. We didn’t have anything at all to do with this.’”

The APD leaders said they heard nothing more about the operation until August 10, 2016, they told Davis. The city councilor accompanied them that day to a briefing at the APD Crime Lab, where ATF officials gave a brief description of the operation’s results. They did not provide racial breakdowns or criminal histories for those arrested.

The following day, top federal officials, flanked by Eden and other state and local law enforcement leaders, held a news conference to announce the results of the operation. They called it “unprecedented” in the ATF’s history and lauded it as an unqualified success.