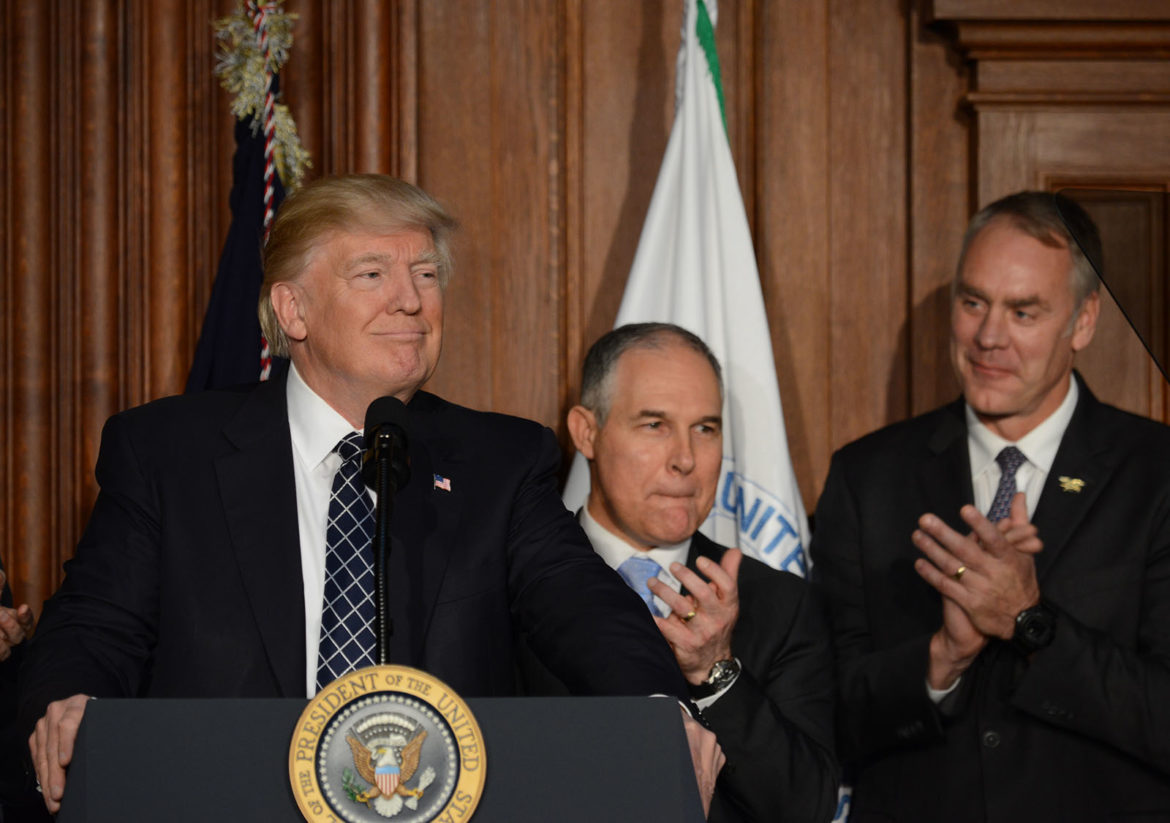 After five years of analysis, meetings with stakeholders and public comment, in 2016 the Office of Natural Resource Revenue (ONRR) issued a rule updating valuation rules, which had been set in the 1980s. ONRR estimated the changes would increase royalty collections by $71.9 to $84.9 million annually.

The rule took effect on January 1, 2017 and initial reports were due in February.

But in late 2016, industry groups filed three lawsuits, saying the rule was “arbitrary and capricious.” In February, ONRR postponed its implementation.

Then, in early August, U.S. Department of the Interior Secretary Ryan Zinke repealed that rule, saying it had created “confusion and uncertainty” for companies.

In the Federal Register notice announcing the repeal, the Interior Department said the rule had “several significant defects” and the department had “received numerous comments from the regulated community and other members of the public.” The repeal notice also pointed to President Trump’s March executive order to reduce federal “regulatory burdens on industry.”

Prior to Zinke’s repeal of the rule, California Attorney General Xavier Becerra and New Mexico Attorney General Hector Balderas sued the federal government, asking the U.S. District Court for northern California to reinstate the Consolidated Federal Oil and Gas and Federal and Indian Coal Valuation Reform. The states of Washington, Oregon, Maryland and New York also filed a brief in support of the suit.

On Wednesday, the court issued a summary judgement saying the federal government had broken the law by postponing the rule, but it did not reinstate the rule. Doing so, according to the judgement, would be “unduly disruptive” because it would require industry to comply for only a short time before the repeal takes effect.

According to Balderas’ office, the rule is important for New Mexico because it affects how royalties on oil and gas leases on federal lands are calculated. In New Mexico, those royalty payments fund public schools.

“Attorney General Becerra and I sued President Trump because his administration broke the law trying to deny New Mexico’s public school students the royalties they are owed,” Balderas said in a statement following the decision. “I’m pleased that a federal court agreed with us that Donald Trump broke the law as this is a big win for New Mexico’s students, families and teachers.”

Earlier this year, New Mexico Rep. Steve Pearce, a Republican who is currently running for governor, supported Zinke’s repeal of the rule. Pearce said at the time that ONRR’s rule was a “direct attack on the production of energy on federal lands.” He added that he was “pleased” with Zinke’s repeal of the rule, which would “allow for the affordable and reliable production of energy, so New Mexicans can have greater access to jobs and lower energy costs.”

In 2106, ONRR distributed more than $6.2 billion to states, tribes and the federal treasury. Of that, New Mexico received $369 million. More than $800 million went into the Land and Water Conservation Fund, and $560 million to tribes.

Zinke’s spokeswoman deferred comment on the litigation to the U.S. Department of Justice.