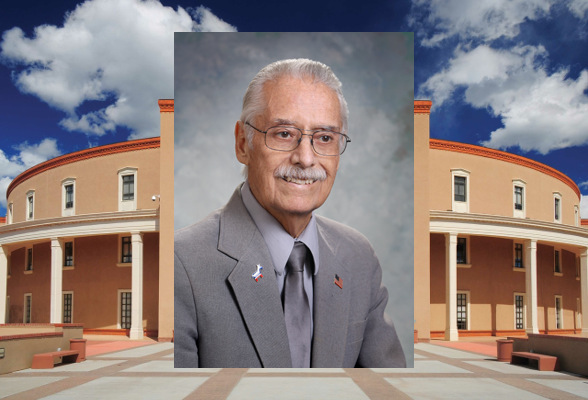 Longtime state representative and budget guru Luciano “Lucky” Varela died at the age of 82 this weekend.

Varela’s son Jeff announced Sunday morning, first reported by the Santa Fe New Mexican, that the longtime state government employee and legislator had passed away. Varela had been in hospice care after a series of health problems including a heart attack earlier this year.

Jeff Valera said in a statement:

Our father has passed on to another life and leaves us with many memories of his love for life and for public service. We will always cherish the times with him on the family compound in Pecos, and being with him at the State Capitol during many legislative sessions. His commitment to serving the public has meant so much to his family and to many people in New Mexico. We miss him already.

Legislators on both sides of the aisle, and in both the House and Senate, expressed their sadness at Varela’s passing.

“In my years of serving with Lucky, he was always a stalwart advocate for working people, for using our resources wisely, and for the people of Santa Fe,” Egolf said. “Lucky was beloved in Santa Fe for many reasons, not the least of which was that he knew more about the state’s budget than most of us ever will. He never shied away from asking tough questions and giving selflessly of his time and energy to make New Mexico a better state. I offer my condolences on behalf of the entire House of Representatives, to his loved ones and our entire community.”

State Rep. Sarah Maestas Barnes, an Albuquerque Republican, called Varela “a kind man” and said she was grateful for all he taught her during their time together on the House Appropriations and Finance Committee and House Minority Leader Nate Gentry, R-Albuquerque, thanked him for his service to the state.

“Rep. Lucky Varela was a lighthearted friend with an extraordinary wit,” State Sen. Joseph Cervantes, D-Las Cruces, wrote on Twitter. “His greatest blessing was the wonderful family who is in my prayers.”

This is a breaking news story and more information will be added as more reaction and information comes in.