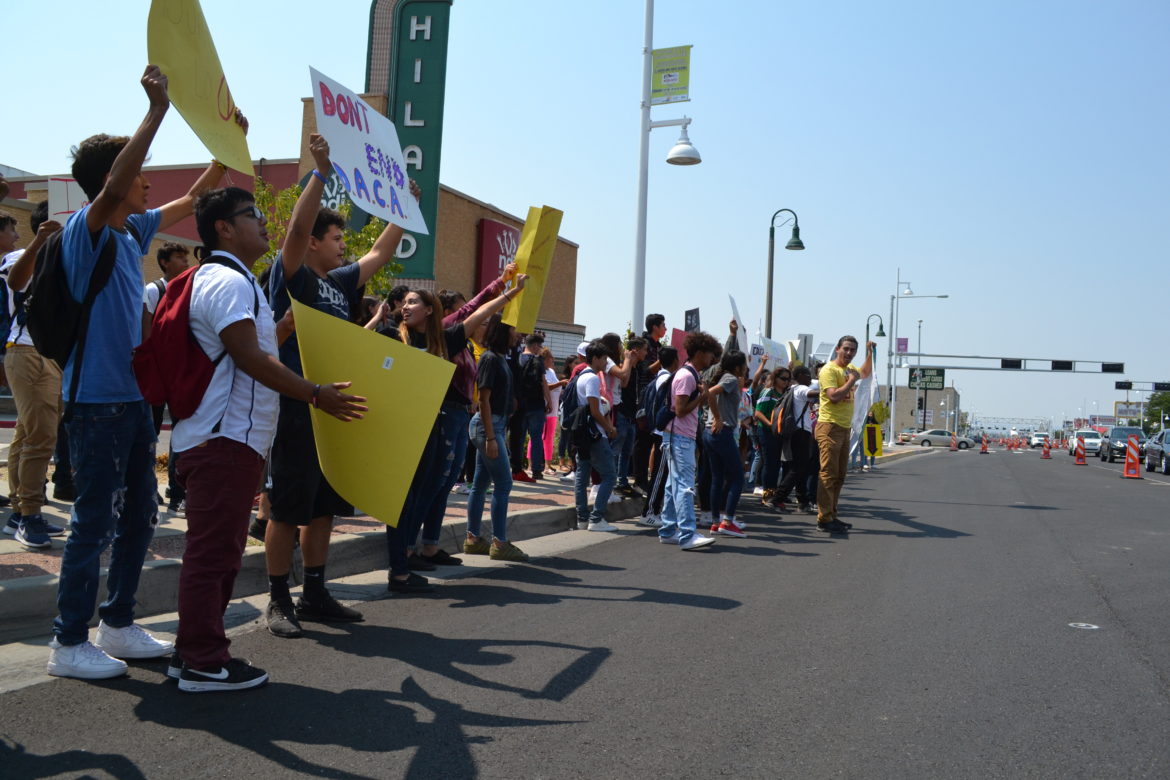 Students from Highland High School protest along Central Ave. to protest the repeal of DACA

The Trump administration announced Tuesday the end of the Deferred Action for Childhood Arrivals program, or DACA. Anticipating a repeal, walk-outs were scheduled and high schools and colleges around the state. Thousands of students walked out of classrooms, and in Albuquerque people of many ages showed up on Civic Plaza.

At Highland High School in the southeast part of Albuquerque, about one hundred students left classes and walked to Central Avenue.

Students from Highland High School walk out of classes and walk towards Central Ave. to protest the repeal of DACA

Later in the day, several hundred people marched on Civic Plaza and watched indigenous dances and heard from people who would be directly affected by the DACA repeal.