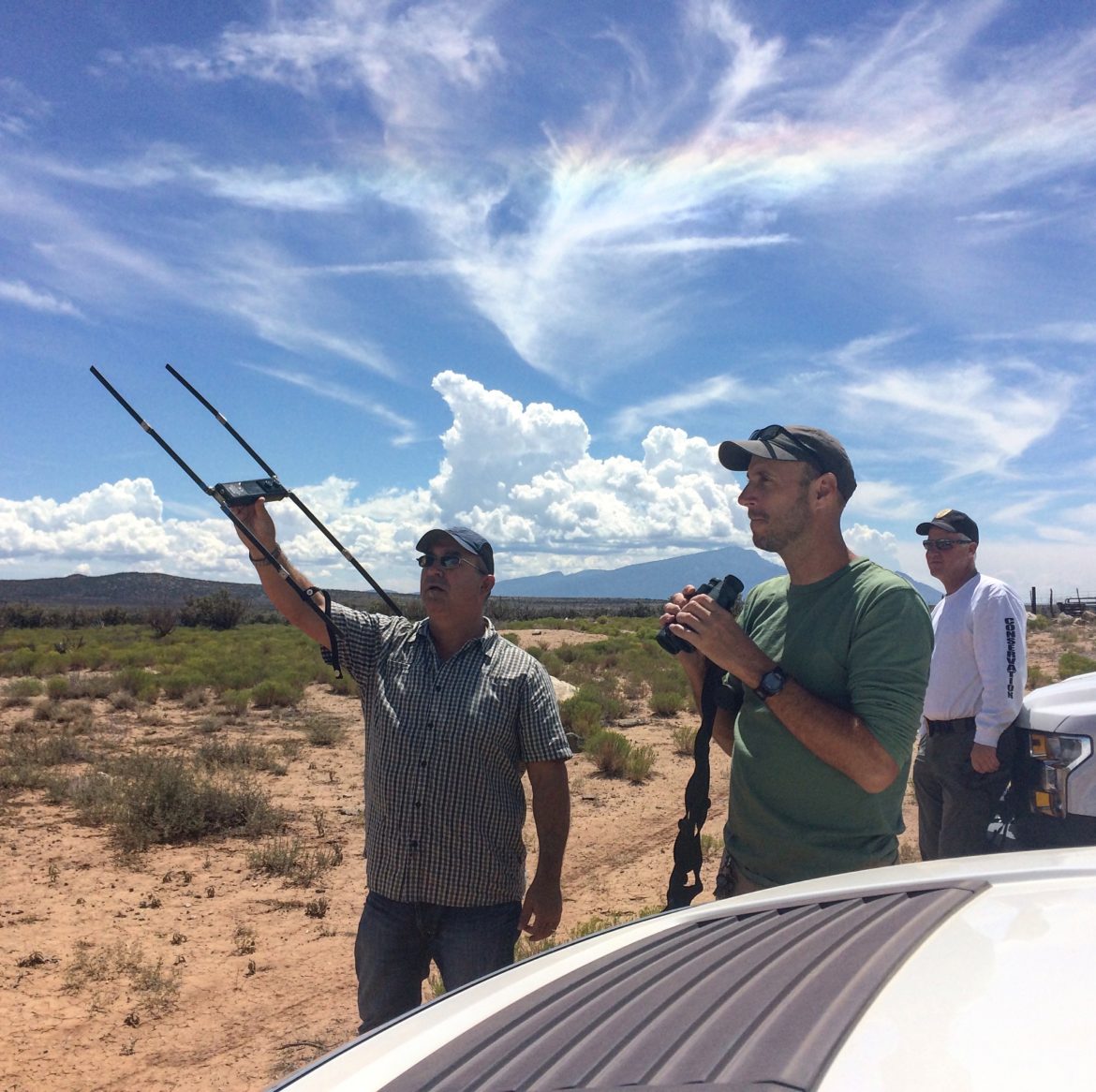 If you’ve been wondering about New Mexico’s hazy skies (and spectacular sunsets) this week, read Tom Yulsman’s post at Discover Magazine about the 77 large fires currently burning more than 1.4 million acres in eight western states. New Mexico was spared from a bad fire season this summer, but other states, including normally wet ones, were not. The National Weather Service in Albuquerque expects the haze to hang around through the weekend.

Sign up here to receive our weekly email about environment issues and public meetings around New Mexico.

In southeastern New Mexico, a tank battery at an oil well on State Trust Land exploded last week, killing three people. The state and the local sheriff’s office are investigating what happened, and the family of one of those killed is suing Caza Petroleum.

According to the State Land Office, the three workers were killed when the tank they were welding exploded. The well was set to be fracked the next day. The company, which is based out of Texas, has leased those 320 acres in the Permian Basin since May 2009.

Not too far from there, the Waste Isolation Pilot Plant is more than half-full of radioactive waste from nuclear weapons production. According to a story by the Santa Fe New Mexican’s Rebecca Moss,  a new federal report points to the need for expanding WIPP. That expansion, writes Moss, “could also pave the way for WIPP in the future to accept more dangerous, high-level nuclear waste, which is currently prohibited by law.”

The legislature’s Water and Natural Resources Committee held hearings in Silver City this week. Benjamin Fisher with the Silver City Daily Press has a run-down on how the first day went.

And no, I still don’t know when the White House will release Interior Secretary Ryan Zinke’s recommendations about the fate of national monuments up for review, including two in New Mexico. I dropped Zinke’s press secretary a note this morning, and she wrote back, “No new announcements.”