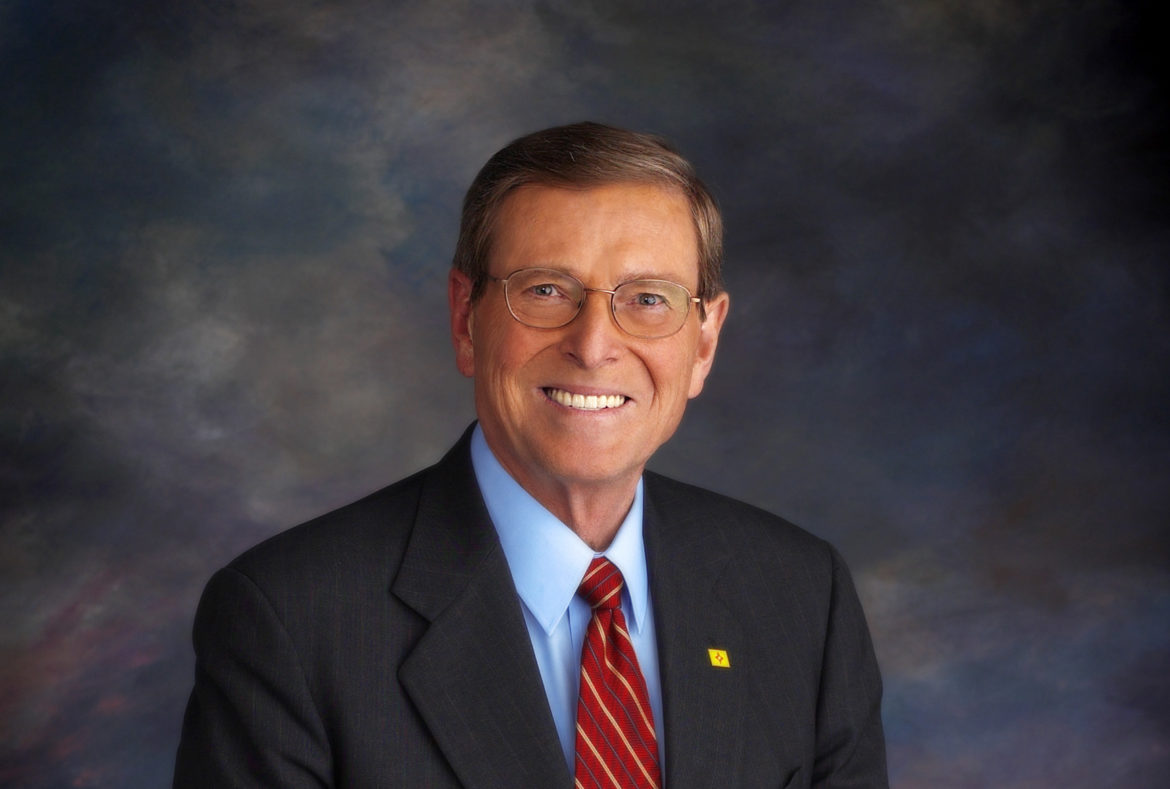 NM Political Report collected responses from elected officials and others throughout Wednesday.

Domenici served for six terms in the U.S. Senate and chaired the powerful Senate Budget Committee. The Republican was frequently praised for securing funding for New Mexico’s national labs. In 2009, after his retirement, Los Alamos National Laboratory named a three-building science complex after the senator. These were just a few of the dozens of buildings throughout the state named after Domenici.

Domenici was instrumental in the creation of the National Nuclear Security Administration.

Domenici was also known for his work on mental health issues. In 2008, Congress passed the Paul Wellstone and Pete Domenici Mental Health Parity and Addiction Equity Act of 2008. Congress passed the bill just months before Domenici retired, and he cited his daughter Clare’s atypical schizophrenia as one reason the issues were important to him.

Domenici first won election in 1972, defeating Democrat Jack Daniels in the general election by 8 percent. After a 7 percent win over Toney Anaya in 1978, Domenici never again had a reelection race closer than 30 percentage points until he announced in 2007 that he would not seek a seventh term because of health reasons.

Domenici announced he would not run because of a brain disease, frontotemporal lobar degeneration, which can lead to speech difficulties and dementia. It’s also known as Pick’s disease.

Before being U.S. Senator, Domenici sat on the Albuquerque City Commission and even was elected Commission Chairman, then the equivalent of mayor.

Domenici also ran for governor in 1970, but lost to Democrat Bruce King.

Since retiring from the Senate, Domenici has  appeared at his Domenici Public Policy Conference in Las Cruces annually. This year’s conference was slated to start Wednesday, the same day he died.

Since  2016 he has also served as an adviser to State Land Commissioner Aubrey Dunn.