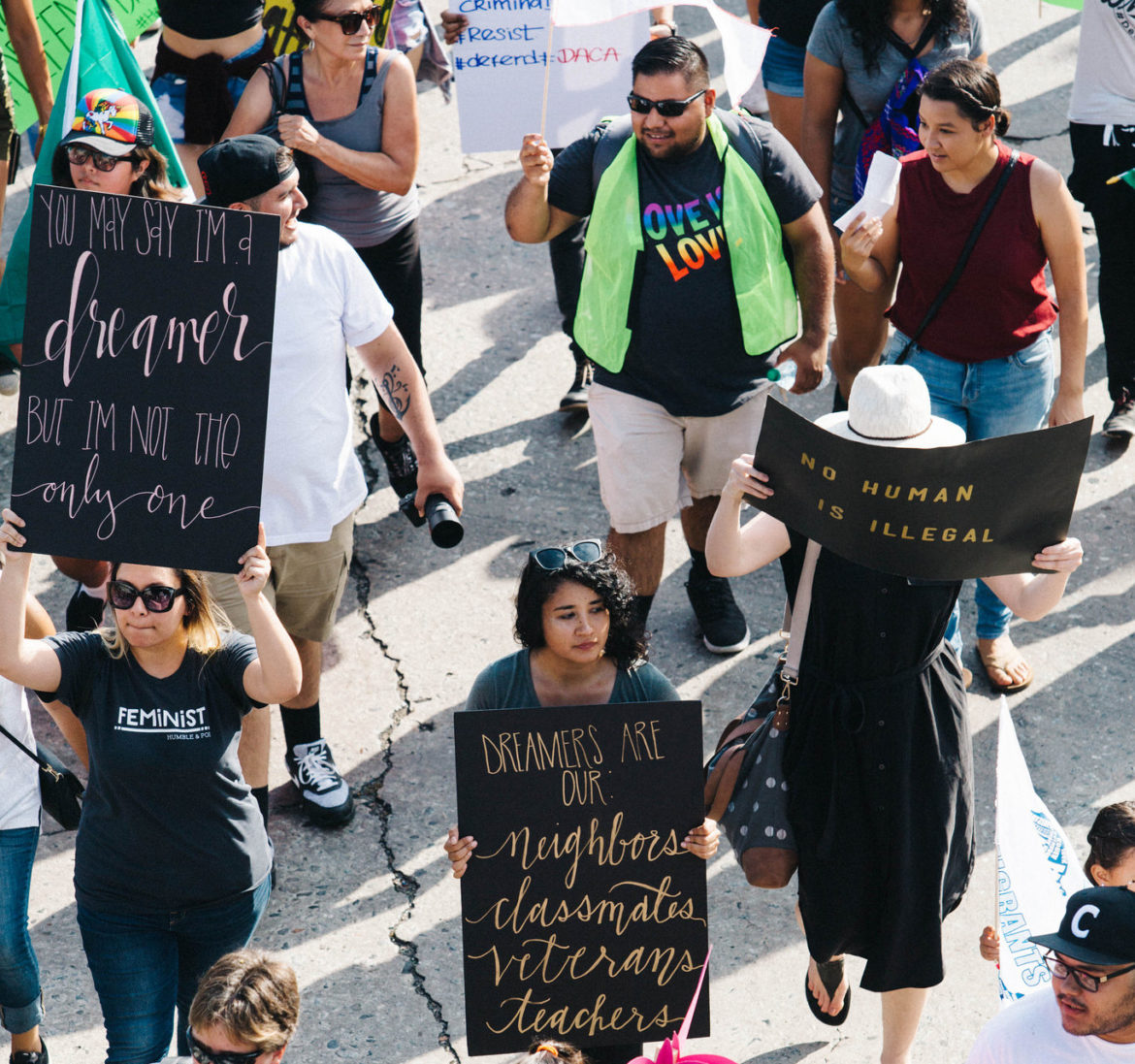 Since taking office in January, President Donald Trump has targeted immigrants to the United States. He attempted to ban on refugees from certain countries, continues to lobby Congress to fund a border wall and most recently, flip flopped on whether or not to end Deferred Action for Childhood Arrivals. Known by its acronym, DACA, the program protects those who were brought to the United States without document while they were children from deportation.

Trump’s administration announced earlier in September that he would end the Obama-era program, and now the people who had signed up under DACA are facing uncertain futures.

And now advocates nationwide are working to blunt the impacts of the delayed end to the program.

The New Mexico Immigration Law Center is one of the local organizations helping DACA recipients. For now the group is focused on making sure those who are eligible to renew their status, do so before Oct. 5. That’s the deadline set by the Trump administration for recipients whose status expires before March 5 to apply for another two-year waiver.

It’s that status, implemented through executive order by President Barack Obama in 2012 that protects them from deportation.

“Right now, what we’re trying to do is set up DACA training all over New Mexico to do that,” he said. Their DACA renewal clinics are held throughout the state, including twice a week in Albuquerque, to help people understand how to renew their status.

The NMILC is part of a coalition of immigrant rights groups called Listo Nuevo México. Listo and its member groups have been working on aiding the nearly 8,000 DACA recipients throughout the state.

Communications director Isaac de Luna acknowledged DACA “has been and is only a temporary solution.”

But he says that it has given recipients “a new sense of security” alongside the temporary protection that shields them from deportation.

The program allows them to pursue opportunities they otherwise would not be able to, such as attend college or advance their careers, de Luna said.

“A lot of people are fearful, because what if Congress does not have the ability of compromising or coming to an agreement in the next six months?” de Luna asked.

The most high profile effort in Washington D.C. is the DREAM Act, which would legally protect those who entered the country without documents as children is currently finding sponsors and bipartisan support in Congress—including from members of New Mexico’s delegation.

The immigration groups want what they call a “clean DREAM Act” which would exclude any increased funding or resources for deportation or the border wall that President Donald Trump repeatedly promised supporters during the presidential campaign.

A spokeswoman for Udall outlined the work the senator has done to support DACA recipients, including hearing and sharing their stories.

“It’s been really important for him to be in touch with them and share their really compelling stories and get out the word for how important the story is,” she said.

Udall and Heinrich recently introduced the Protect DREAMers Confidentiality Act, which would bar the federal government from using identifying information provided by DACA recipients for the purposes of deportation.

A spokesman for Heinrich also said the Senator has met with DACA recipients, is working with organizations to aid the recipients and that his office is has assisted them in the renewal process.

Udall also supports the current version of the DREAM Act, which has bipartisan support.

A spokesman for Luján said the U.S. Representative has also met with DACA recipients, “multiple times” in the past few weeks.

“Tearing families apart to achieve a political end does not reflect American values and will not solve our immigration problems,” Luján said after Trump announced he would end the program.

A meeting between some members and U.S. Rep. Pearce, de Luna said, “Wasn’t encouraging at all.”

“He has not showed any real evolution in his stance, where he does not believe this legislative solution could include more people,” de Luna said. “He’s very straightforward about it.”

For his part, Pearce said he understood their “concerns and fears associated with this time of uncertainty.” He also called on Congress to act and said he would “continue fighting for one that provides certainty and fairness.”

He added that he was working with Republican and Democrats to find a long-term solution, and said, ““From the conversations occurring among members of Congress of both parties, I am optimistic and hopeful for a solution.”

De Luna said that fee “is challenging for a lot of people.”

To help with that, there are scholarships the recipients can receive to pay the fee.

This is different than in Rhode Island, where the state’s governor raised enough money to cover applications for the state’s 250 DACA recipients. New Mexico has over 7,000 such recipients.

But after Oct. 5, the priorities will change.

“The next step is what if we don’t’ come to that six-month solution?” de Luna said, referring to the March deadline before the program ends.

Then, it would shift toward talking about emergency funds for those who would be in the country without the DACA protection.

They could also provide scholarships for people to consult with immigration lawyers, which could be a costly process.

NMILC already has something to shift focus to. The group will hold a citizenship fair on Oct. 28, where they will aid permanent residents in filling out paperwork to start the process of citizenship.

Still, the focus is on the here and now.