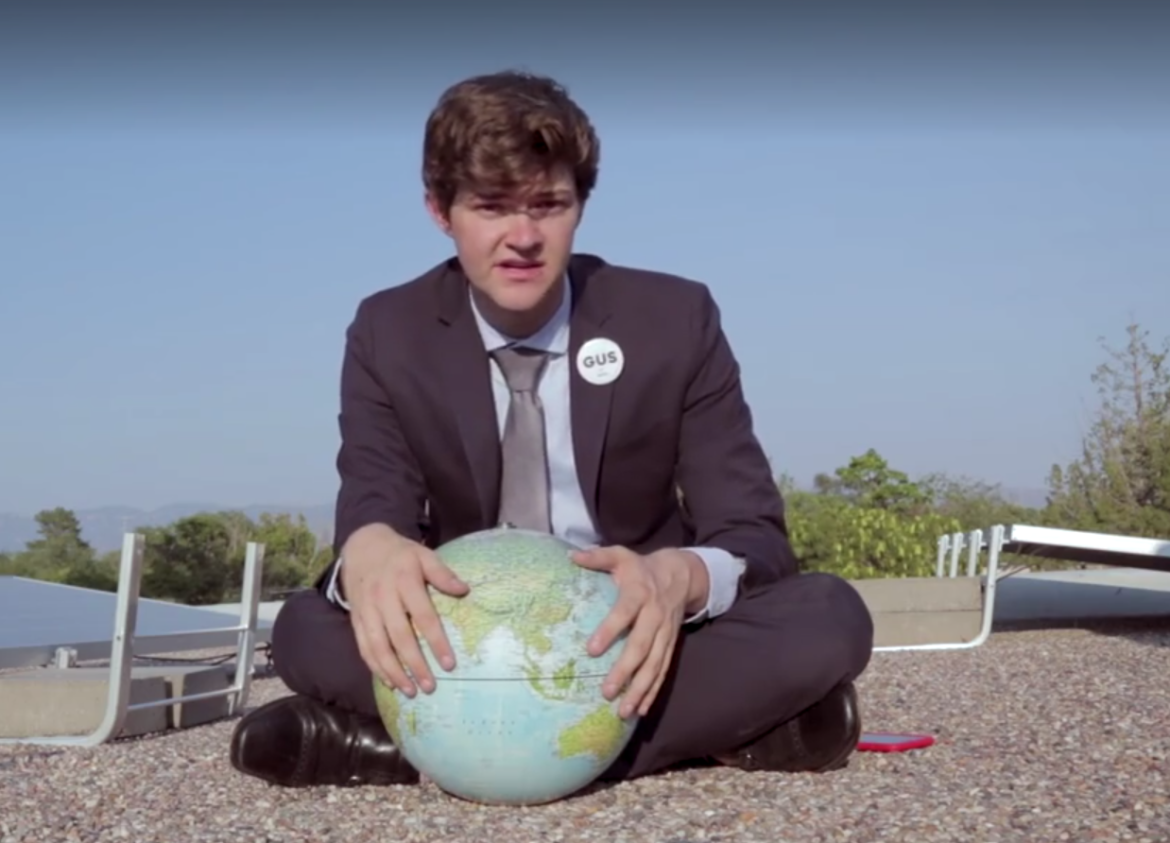 In less than a week, Albuquerque voters will cast ballots for the next mayor and in some districts, city councilors.

Most candidates have straightforward ideas on how to improve the city, but one candidate is keeping true to his campaign modus operandi by proposing an idea that other candidates won’t even consider. Gus Pedrotty, the youngest candidate for mayor this year, recently added city-level marijuana legalization to his platform. While the idea of legalization on a local level may be enticing for some voters, other candidates and at least one cannabis producer said the idea is too complicated to work.

Earlier this month, Pedrotty released a campaign video promoting his ideas for improving the city’s clean energy industry and how to help pay for it.

According to Pedrotty, his plan to legalize cannabis on a city level would be a scaled-down version of what some states, including neighboring Colorado, have already done. He admits in his video that the attempt would be challenged in court, but that the city could move forward with his plan even during that time.

Keller has publicly spoken in favor of legalizing cannabis, both as a state senator and as a mayoral candidate, but told NM Political Report those attempts should be left at the state level.

“I think that if we research it and come up with a good plan and engage voters and the Legislature, that’s actually going to be faster,” Keller said.

Keller has also publicly stated that if elected mayor, he would favor lowering penalties for cannabis possession and use.

Pedrotty, though, disagrees with Keller and said city legalization would help give Albuquerque a foothold economically.

“I see this as a clear point of action the city can take that will be more beneficial than waiting,” Pedrotty told NM Political Report.

Pedrotty has at least one major supporter of his legalization idea—one of the state’s most well-known medical cannabis producers.

Duke Rodriguez, CEO of Ultra Health LLC, a New Mexico medical cannabis company, said if Albuquerque legalized cannabis, “The impact [on the state] would be tremendous,” possibly creating a tourism boom in the state’s largest city.

Another person familiar with medical cannabis disagrees with Rodriguez and Pedrotty on the reality of a thriving cannabis industry under city-wide legalization, citing legal battles.

“Flipping a switch is not possible,” Ford said.

Medical cannabis producers, Ford said, might think twice about jumping into a recreational cannabis program before the legalities are all worked out.

“I don’t think that my licensed clients would want to risk losing their [medical cannabis] license,” Ford said.

Ford added his company might “explore” getting into recreational cannabis, but only if there were a “legal avenue” to do so.

Pedrotty said while he wants the city to take action sooner rather than later, he realizes that the mayor has to work with the city council to pass key legislation. Pedrotty, a  musician, likened that work to being in an orchestra.

“I know all too well the sound of a conductor’s wand,” Pedrotty said. “Which is nothing.”

Albuquerque City Councilor and mayoral candidate Dan Lewis, who once ran for Congress on a politically conservative Tea Party platform, agreed that any legalization efforts should come from the legislature and the governor.

“I believe marijuana will be legalized in the state eventually,” Lewis wrote in an email. “I’m not the guy to lead that charge.”

Mayoral candidate Brian Colón told NM Political Report the issue of marijuana legalization is up to the state and thinks New Mexico’s next governor will address legalization. Still, Colón said he doesn’t agree with Pedrotty’s plan.

“I am not in favor of a city by city approach,” Colón wrote in an email. “However, I am confident that this is an issue that will be addressed at the state level.”

In most of the polls so far, Pedrotty looks like a longshot to win the mayor’s race. Still, almost all of the other candidates have spoken highly of him and said he will go far. In one mayoral forum, Colón said he was impressed with Pedrotty’s answers and expected him to “pick up some votes” as well as land a job afterwards.

Pedrotty is far from surprised by the supportive comments from other candidates. He previously told NM Political Report his age, along with some of his ideas for changing Albuquerque, have earned him plenty of metaphorical pats on the back and encouragement for the future.

“We have to be reasonable and pragmatic and that’s how we get things done,” Keller said. “It’s fun to talk about, but it’s going to take a whole lot more than a mayor in a lawsuit.”

Pedrotty said his plan is pragmatic and will include conversations with the council and stakeholders, but that it’s important for Albuquerque to take more initiative to capitalize on inevitable legalization as soon as possible.