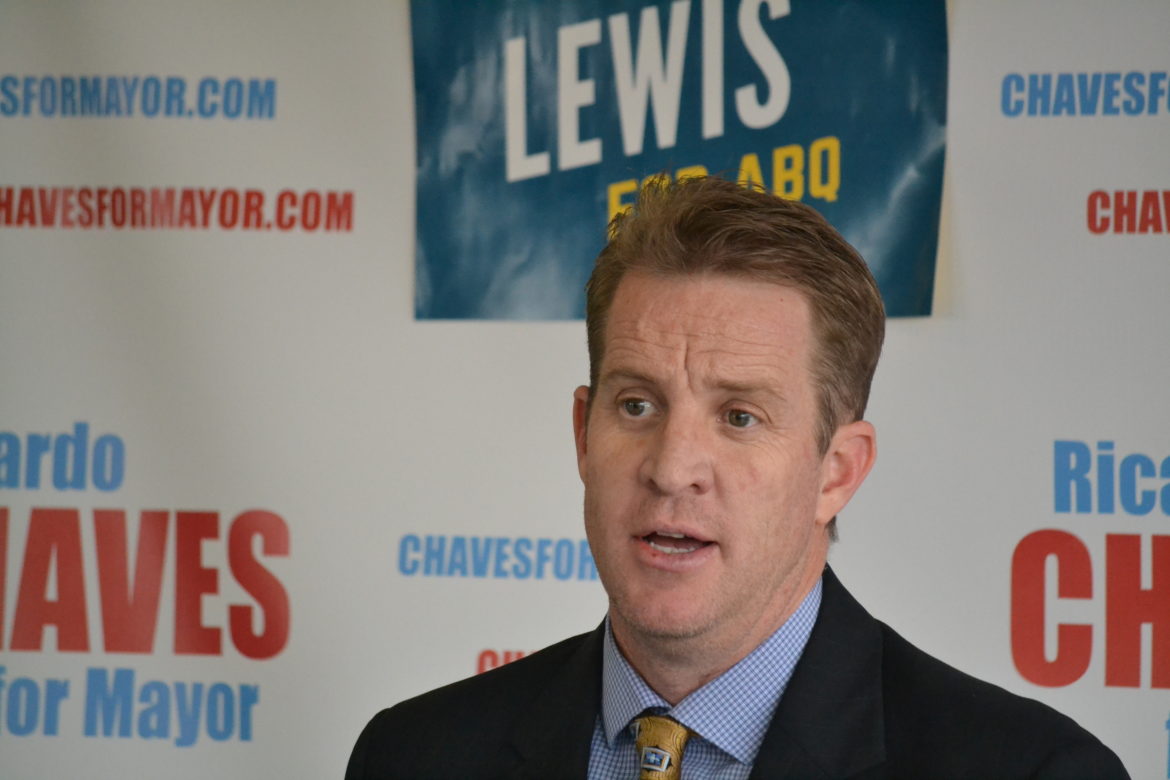 And then there were seven.

Just days ahead of Election Day, a mayoral candidate dropped out and endorsed another candidate.

Candidate and business owner Ricardo Chaves announced at a press conference Thursday he would drop out of the race to support candidate and city councilor Dan Lewis.

Chaves said it was a “gut-wrenching” decision to drop out of the race, but that he felt like Lewis is the next best choice.

“I have been friends with Dan Lewis a long time and I’ve supported him in all of his previous campaigns,” Chaves said. “So today I’m withdrawing from the race and endorse Dan Lewis for mayor for Albuquerque.”

“Ricardo’s been a very formidable opponent, he’s been a better friend and a great advocate for conservative pro-growth values,” Lewis said.

Lewis also said if is elected, he will welcome Chaves’ input and possibly find a place for him in the administration, but noted that it would be a volunteer position at the request of Chaves.

Chaves’ name will still appear on the ballot and he possibly already received some votes this week, during the early voting period.

Lewis acknowledged Chaves’ endorsement came after several days of early voting, but said it could have been later.

“As far as the timing of that, I’m thankful he didn’t wait until Tuesday,” Lewis said.

Albuquerque city races are officially nonpartisan, but both Lewis and Chaves lean towards the right of the political spectrum. Lewis once sought the Republican nomination for Congress in New Mexico’s 1st Congressional District. Chaves showed low numbers in recent polls and Lewis constantly showed up in third place after candidates Brian Colόn and Tim Keller.

While the move could unite Republican votes, Lewis still has to contend with conservative Bernalillo County Commissioner Wayne Johnson, who has polled behind Lewis.

Besides serving on the council, Lewis previously ran for Congress on a conservative Tea Party platform, but dropped out before the primary election. Chaves, a political newcomer, founded and owns Parking Co. of America and made cutting city spending a major part of his campaign.

So far polls have consistently shown Keller leading, with Colόn and Lewis close to tying for second place. A recent poll by the left-leaning Public Policy Polling, paid for by a Measured Finance Committee backing Keller, showed the state auditor with a strong lead of 33 percent, Lewis in second place with 17 percent and Colόn with 16 percent. Chaves was at the bottom of the list with an expected one percent of the vote. According to a representative of Public Policy Polling, the poll’s margin of error was +/- 3.5 percent.

If no candidate receives more than 50 percent of the votes, the top two candidates will go on to a run-off election in November.

Chaves dropping out brought the number of candidates down to seven, but recently three people qualified as write-in candidates. Which means voters can write in Stella Padilla, who contested her disqualification for the ballot, Keith R. Judd or Pablo Reyes.