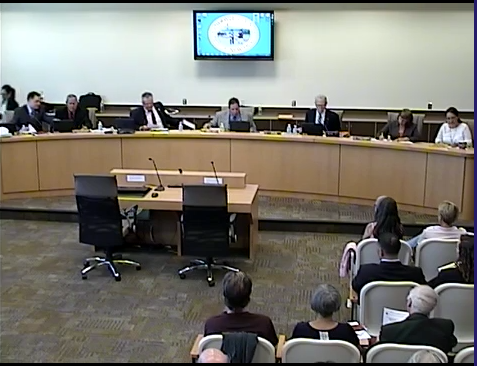 A big, vocal crowd is expected at a Sandoval County Commission meeting Thursday night to discuss an issue usually raised at a state level: Right-to-work.

Republicans raised right to work proposals at the New Mexico State Legislature in 2015 and 2016, but were unable to pass any laws stopping unions from imposing mandatory fees on workers.

Now, advocates are pushing for it at the county level. And Sandoval County is poised to be the first salvo in a bruising battle that will likely end up in the courts.

Advocates like Americans for Prosperity raised the issue in Sandoval County and commissioners are expected to start the process toward passing the ordinance on Tuesday.

Right-to-work laws, which are in place in more than half the states in the country, bar unions from imposing mandatory fees on workers. Unions say this would force them to essentially represent and bargain for workers for free.

Federal law says employers cannot force someone to join a union as a condition of employment. But unions can collect fees from workers who are not part of the union but still benefit from union contracts, a process often referred to as fair share.

After the legislature failed to pass right-to-work bills, advocates started lobbying on a local level. The question becomes if it is legal for a county to do so.

Burly Cain, the New Mexico state director for Americans for Prosperity, said his organization pledges its full support and would aid in any legal challenge. The conservative organization, based out of Virginia, was founded by David and Charles Koch.

“There’s a pro bono legal defense for the efforts here,” Cain said. “The costs will be covered by that.”

He added AFP’s money would also go toward aiding in legal support.

And they would need it.

Tied up in court

The New Mexico Federation of Labor, AFL-CIO has already warned if Sandoval County passes the legislation, the union will immediately challenge it in court—and likely tie up the ordinance for years.

Jon Hendry, the president of the union, cited a 1989 court decision, New Mexico Federation of Labor v. City of Clovis. In that decision, a U.S. District Court judge ruled in favor of the unions which argued Clovis did not have the legal authority to impose a right-to-work law on its own.

Cain, however, points to Santa Fe county raising its minimum wage, requiring employers to pay a higher wage than the state’s minimum wage, in 2014 as an example of why a county-level right-to-work ordinance would hold up in court.

“We’ve done that in Kentucky and we feel that this is a great step,” Cain said.

That could be appealed to the U.S. Supreme Court.

That, Hendry says, shows why passing local rules would be “a total waste of time” since the other cases are further along in the process.

Supporters say it will bring jobs

Commissioner Jay Block says the ordinance would help workers, not only business in the county.

“The other side seems to lie about it’s going to cause low wages,” Block said. “Well, look at the low wages here already.”

He pointed to numbers that showed New Mexico has lower wages than neighboring states. Arizona, Oklahoma, Texas and Utah all have right-to-work laws. Colorado has a Labor Peace Law which is similar but not as stringent as right-to-work.

He also noted that there is not a strong union presence in the county as it is.

“If there’s such a small union presence, then why would you care about right to work?” he said.

The ordinance would not apply to any unions or private industry already existing in Sandoval County.

He said that two-thirds of site selectors, which help companies place where they want to expand, won’t even look at states if they don’t have right-to-work laws.

“This right to work plan is not to get people to work for less,” Heil said. “It’s to give people the freedom to choose.”

Hendry said that if this becomes legal then unions can go to other areas and help write collecting bargaining ordinances in those places, creating a patchwork of labor laws in the state.

“And how is that going to help?” he asked. “I don’t see how that would help any business or any certainly any economic development.”

And if Sandoval County passes the proposal, others could follow.

“I’d expect the conversations that we’ve had, we’ll have other counties following,” Heil said.

Cain said as much and said he discussed the proposal with others throughout the state. He declined to say who he spoke to or where they were located.

Block said he’s confident they will have the votes. The Sandoval County Commission has four Republicans and one Democrat.

That wouldn’t be the end of things.

“I’m happy to give them a letter,” Hendry said. “If you pass this, we will sue you.”