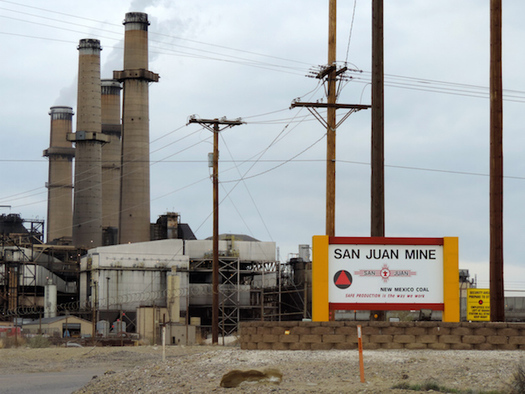 FE, N.M. – People who want New Mexico to have its own clean-energy standard are making their case today to the state’s Public Regulation Commission.

Supporters say it would help the state determine its role in addressing climate change. The New Mexico Attorney General’s Office and consumer advocates have petitioned the commission to consider the standard in order to reduce carbon dioxide emissions from power plants in the state by 4 percent a year through 2040.

While the Trump administration continues to talk about bringing back coal, said Shannon Hughes, an attorney with the group Climate Guardians, New Mexico is going in the opposite direction.

“The reality is that American utilities and consumers are moving on from this dirty, expensive fuel,” she said. “Ultimately I think, as we’ve seen, the market is going to speak for itself.”

The Public Regulation Commissioners will decide whether to begin a rule-making process that includes gathering comments, hosting technical workshops and public meetings in order to move forward. The workshop will be held from 2 to 5 p.m. today at the PERA Building, 1120 Paseo de Peralta, Santa Fe.

Despite the Trump administration’s plans to repeal Obama-era energy regulations and boost the coal industry, Public Service Co. of New Mexico has said it will be out of the coal business by 2031. That could mean the loss of 400 jobs at its Farmington coal plant, but the company has said it will replace that energy with a combination of natural gas, nuclear, solar and wind power.

Hughes said she believes renewables, in particular, will be the source of future jobs.

“Basically, I think New Mexico is kind of on the right track,” she said. “I know that they are going to be 20 percent clean energy by 2020, so, I think ultimately, it will employ more New Mexicans than the coal industry will, or has.”