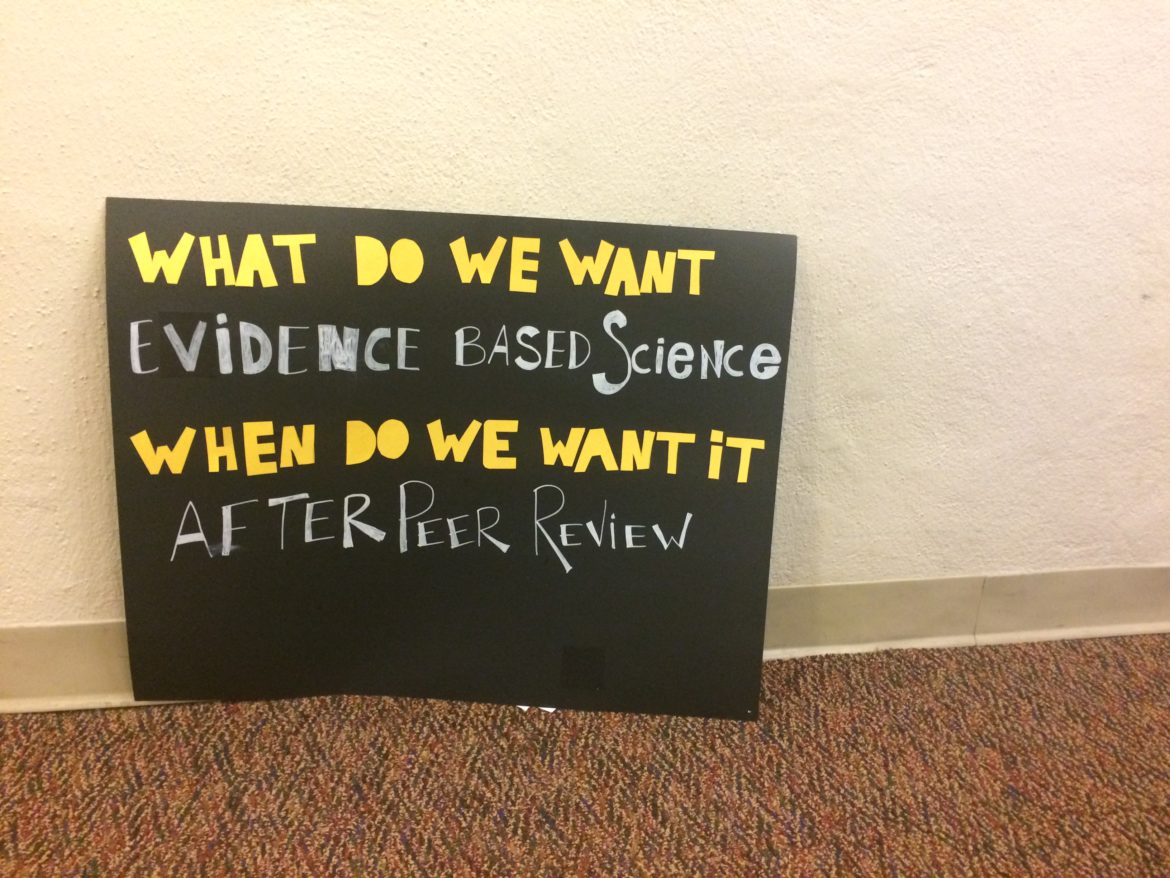 The big news in New Mexico this week involved the state’s proposed science standards. At a hearing on Monday not one of the hundreds of people who showed up spoke in support of the state’s plans to implement statewide science standards with inadequate information climate change and evolution. Afterwards, the secretary of the Public Education Department announced they would back off some of those changes. It remains to be seen what the state will actually propose now, and how that process will go.

But it was heartening to see that newspapers, radio stations, and even TV reporters all showed up to cover science and education this week.

In other environment news, Rebecca Moss at the Santa Fe New Mexican wrote that seven percent of New Mexicans are exposed to pollution from oil and gas facilities. The Carlsbad Current-Argus covered the city’s recent summit on energy issues and the city’s approval of an ordinance granting Santo Petroleum LLC the mineral rights on 800 acres of land owned by the city.

In the Taos News, Cody Hooks writes that the city of Ratón recently received a $2.58 million grant and loan package from the federal government to upgrade its water treatment plant. The Albuquerque Journal’s Dan Boyd covered the lawsuit Loco Hills Water Solution and Steve Carter, Inc. have filed against state Land Commissioner Aubrey Dunn for his policy over how much oil and gas companies can pull from the aquifer. And Benjamin Fisher at the Silver City Daily Press reported that Gila National Forest officials are worried about the U.S. Air Force’s plans to fly F-16 fighter jets over the forest and closer to Silver City.

NM Political Report’s most recent coverage of the Gila River diversion and the Central Arizona Project (CAP) Entity was reprinted by the Las-Cruces Sun Times and the Deming Headlight.

Afterwards, The Deming Headlight’s Algernon D’Ammassa wrote a column, asking “To whom is the CAP Entity accountable?” and pointing out that some local partners are becoming increasingly concerned about the project:

At Monday evening’s meeting of the Deming City Council, Sera aired his concerns about the CAP Entity as part of his administrator’s report. “I think they’re going to come back with a new approach,” he said, referring to their recent shift towards on-farm storage ponds instead of a diversion-and-reservoir project that would pipe water to Deming. “If that happens, there’s no benefit for Luna County. So if they bring up a vote to try to do that, I would vote against that… For me to approve something it would have to have a benefit for Luna County.” He also characterized the CAP Entity as consisting of a majority interest of irrigators versus members, like Sera, concerned about future municipal use. Significantly, the City of Deming is the CAP Entity’s fiscal agent, requiring councilors to approve its budget.

There are also a few new reports New Mexicans might want to check out, including one from the U.S. Geological Survey concerning future soil moisture and rising temperatures and the impact on agriculture. Biologists from the University of New Mexico have also published their recent research on high-severity fire in the peer-reviewed Global Change Biology Journal. That article, “Prioritizing forest fuels treatments based on the probability of high-severity fire restores adaptive capacity in Sierran forests,” is online here.