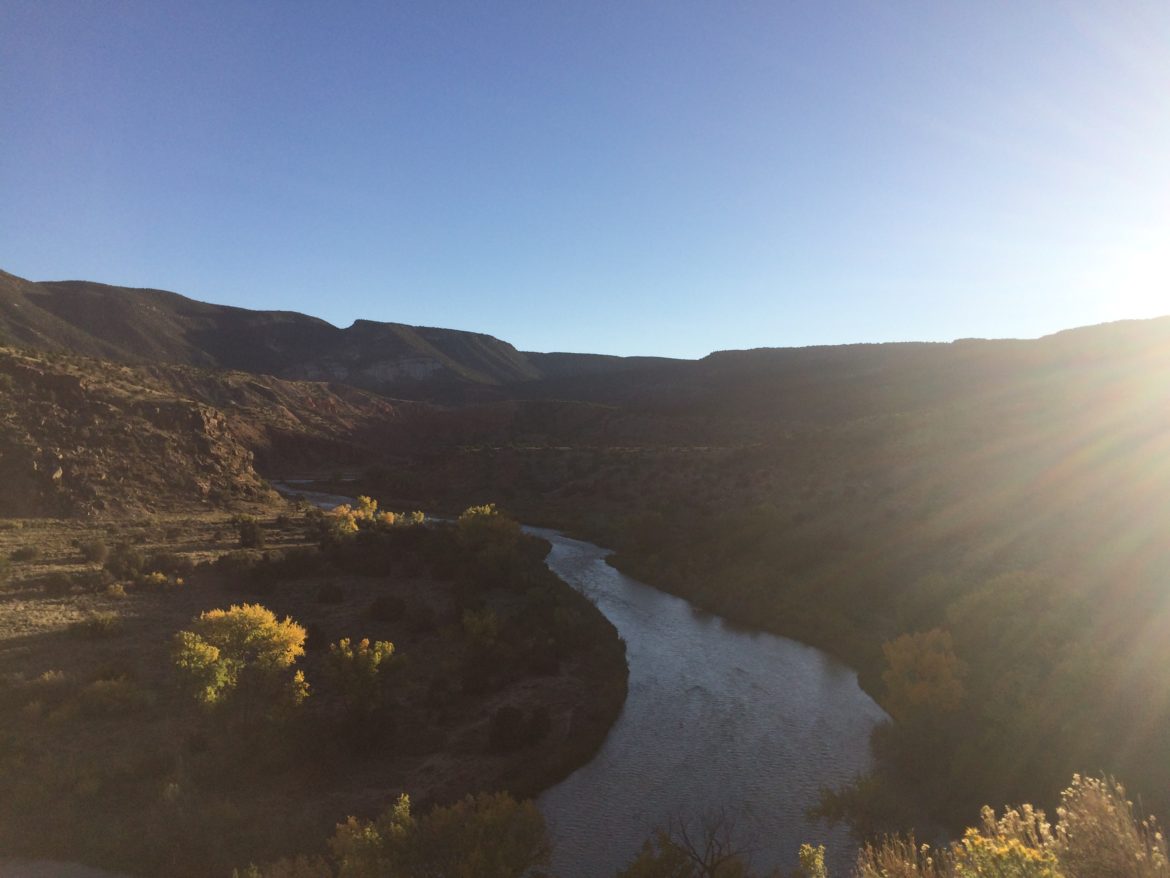 Chama River in the fall

In this week’s environment review, we’re catching up on national news that affects New Mexico and the southwestern U.S.

The weekly environment wrap-up goes out each Thursday morning in an email. Sign up to get it first!

The Nation reported on a leaked memo from the U.S. Department of the Interior outlining the agency’s strategic vision for the coming years. According to the story:

It states that the DOI is committed to achieving “American energy dominance” through the exploitation of “vast amounts” of untapped energy reserves on public lands. Alarmingly, the policy blueprint—a 50-page document—does not once mention climate change or climate science. That’s a clear departure from current policy: The previous plan, covering 2014–18, referred to climate change 46 times and explicitly stated that the department was committed to improving resilience in those communities most directly affected by global warming.

Indeed, Interior Secretary Ryan Zinke announced the largest oil and gas lease sale in United States history this week. In March, the U.S. will be offering leases on almost 77 million acres of federal waters in the Gulf of Mexico. Earlier this month, there was another oil spill from a Gulf of Mexico oil rig, the largest since the Deepwater Horizon spill in 2010..

The National Park Service has proposed a dramatic, peak-season fee increase at some of its busiest and most iconic parks to fund improvements and boost revenue for the cash-strapped system.

During the busiest five months at 17 parks, entrance fees would more than double to $70 per vehicle, $50 per motorcycle and $30 per person starting next year.

The U.S. Government Accountability Office released a report about the economic impacts of climate change—showing they could be “significant and unevenly distributed across sectors and regions.” The Southeast is most vulnerable, according to the report, with experts predicting the region could see $4-6 billion in annual coastal property damages between 2020 and 2039, due to sea level rise and increasingly intense storms. Vulnerabilities in the southwest include changed water supply and demand, increased wildfires, increased energy demand, decreased crop yields and increased deaths from heat waves.

In the last decade, extreme weather and fire events have already cost the federal government over $350 billion. The GAO made recommendations to the White House to help identify risks from climate change and craft “appropriate federal responses.” Neither the White House nor the U.S. Environmental Protection Agency provided comments on the report to the GAO. Read the report online here.

A new paper shows that warming has already reduced Colorado River flows by 7 percent. Increasing temperatures will continue to reduce the river’s waters, which are shared by seven states, including New Mexico, and Mexico. According to the authors, temperature increases over the past 30 years have resulted in a mean decrease in streamflow of 1,306 million cubic meters per year. The early online release of the paper is available here.