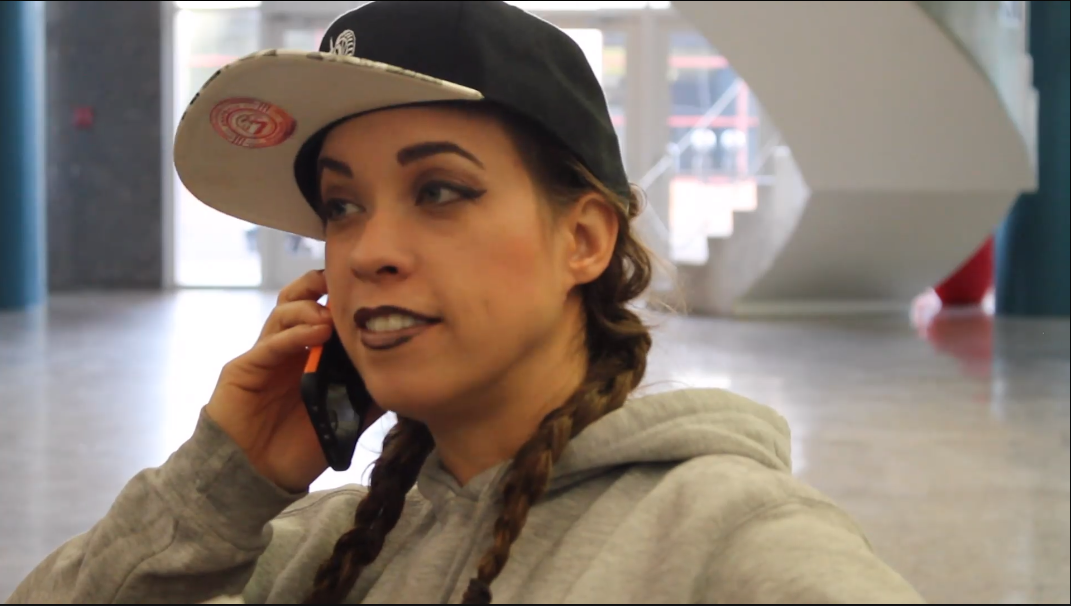 It’s hard to slog through an election without hearing about endorsements. Friends, former opponents and local celebrities  pepper social media  with their support of one of the two candidates in the Albuquerque mayoral runoff.  Lauren Poole is one local celebrity who has attached her name to mayoral candidate and State Auditor Tim Keller’s campaign.

Poole is most often recognized for her honestly ignorant but affable character Lynette. Last week, she lent her character’s voice to a campaign video for Keller.

Poole’s Lynette character is part of a long-running, inside joke amongst “Burqueños” since a YouTube video called “Shit Burqueños Say” went viral almost six years ago. That video didn’t have l political undertones, but did  refer to former Albuquerque mayor Martin Chavez.

Poole started depicting the character in 2009, through the local Blackout Theater Company, which  produced a video showing over-the-top characters,  including Lynette, in a job interview. Lynette’s local popularity led to more videos from Blackout and promotional videos for events and organizations like the New Mexico State Fair.

Poole said when she’s not in character, she’s rarely recognized as Lynette  unless she’s sporting her signature headband and hoop earrings. Poole went mostly unrecognized Friday morning when she met with NM Political Report to talk local politics, the local artistic scene and how the two come together.

Would you consider yourself politically active?

Before Trump got elected I thought that I was. I vote in all of the elections, even in school board elections, but I would miss some.

After Trump got elected I was like, “Ok, what’s going on? Am I doing enough?”

What made you decide to speak out in support of Tim Keller?

I used the Lynette character to make a Planned Parenthood video. They have a thing called “In Case You’re Curious” so that kids can text sex ed questions, and a nurse will answer them within  24 hours. It’s one of those things that I realized, “Oh, people pay attention to what [Lynette] says.” And I’m probably not the smartest or most informed person on the planet or even in the city, but I can use my powers for good. If I see a way that I think that I can benefit the community by using that visibility, I think that’s more positive.

Have you talked to Dan Lewis or do you know very much about him?

I don’t know much about Dan Lewis. I was kind of expecting more hard-line conservative answers and he was so vanilla with his answers. And I wouldn’t say Tim Keller has gone all Gus Pedrotty, balls out either, but I do like what Tim Keller’s saying more.

You mentioned something in this campaign video that I heard on social media about the two candidates looking the same. Support for Tim Keller aside, is there another message in there about diversity?

I mean there’s a joke on that. It’s totally a joke. On face value, it’s like, “Great, two more white dudes who look pleasant and not scary.” They’re clean cut and palatable to most humans. [It’s] because that character isn’t funny if she’s not being a little bit real.

Did you get any negative feedback regarding the Tim Keller campaign ad?

I haven’t gotten any negative feedback, but the internet’s a funny place that way. People will troll on the internet. To my face no one’s really been shitty about it.

Tim Keller has spoken out in support of the local music scene, is that part of the reason you support him?

Yeah, many of my best friends have moved away, because they just can’t make a living as an artist here. I’m trying really, really hard not to do that.

What is the status of the local artist community?

I can only speak to my own personal circle and what I see. The status quo in Albuquerque is you don’t make a living as a performer. You do something else to win the bread.

Are you still performing locally?

Mostly just with bands, but actually a Chicano theater company in Denver paid me to build a Lynette show. I don’t like working alone and so my friend Damien Flores, we made a show that we took to Denver about two stoned cholos that were not politically active, and we do address that Lynette is a white chola, there’s a joke about it. The whole show’s about 50 minutes long, and we’re going to put it up here, we just need to not be lazy and rewrite it, because it was made for Denver. But it’s about two stoned cholos and on election night they realize, “Oh shit, we gotta get more politically active,” but they feel like they don’t know how. They realize, “Oh there’s a lot of things we don’t understand” and they try to vote in more elections. It’s about people just feeling like they’re not educated enough to make an impact and make a difference and they’re trying to start a million cholo march on Washington.