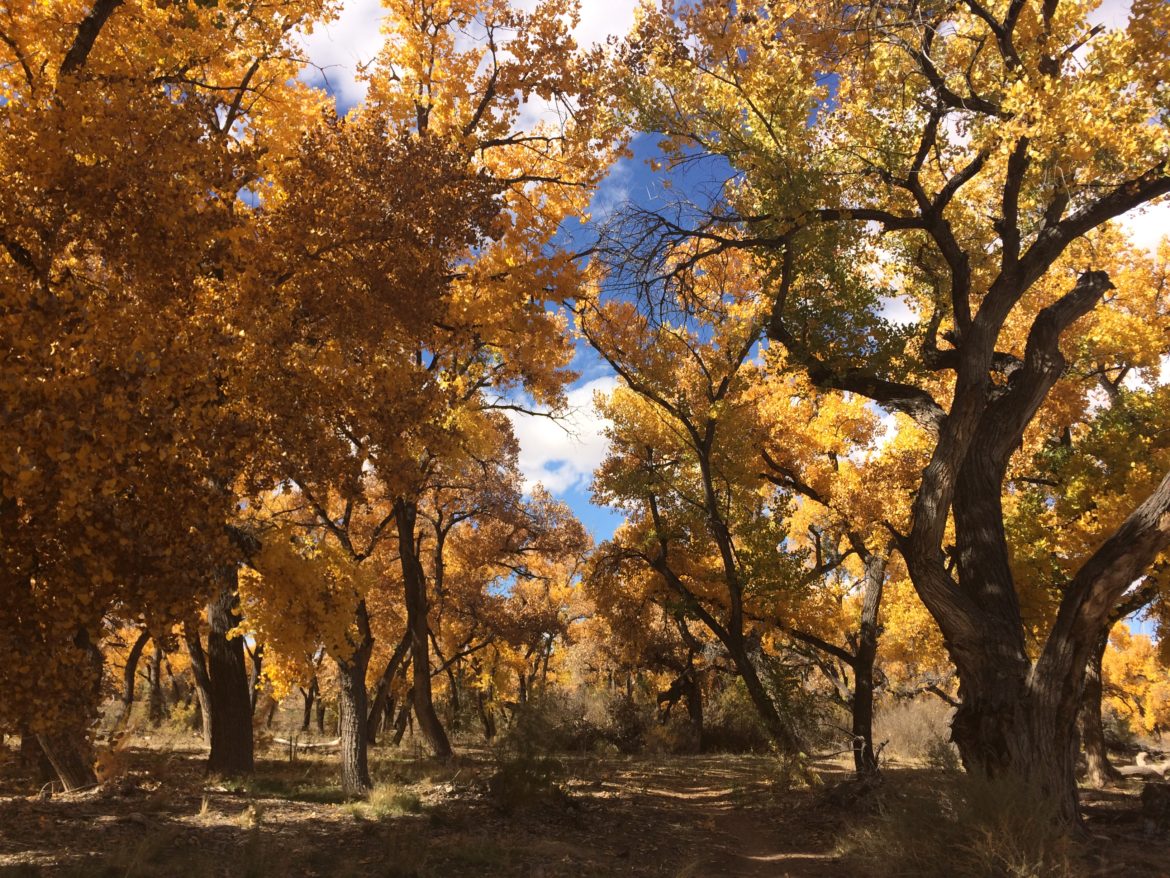 Susan Montoya Bryan wrote that a federal court sided with the Goss family in Otero County in a lawsuit over their claims that the federal government violated its constitutional rights. The U.S. Forest Service fenced off areas where the family had grazed cattle to protect an endangered species within sensitive stream habitat.

This is our weekly environmental email that goes out on Thursdays before publication on the site on Fridays. If you want it on Thursdays, sign up!

According to the Associated Press story:

Braden’s ruling made reference to several dozen ranchers who unsuccessfully attempted to find common ground with environmental groups and officials from Oregon’s Malheur National Wildlife Refuge for over a decade.

The ruling noted that in January 2016, the ranchers decided to take up arms to protest federal policy and regulations that prioritize water habitat for migrating birds by limiting the number of cattle that historically grazed and used water in the area.

Rather than take up arms, the Sacramento Grazing Association filed a complaint in federal claims court to affirm its right to the beneficial use of stock water on the grazing allotment in Lincoln forest — a right that predated federal control, the ruling said.

Lauren Villagran’s 2014 overview of the issue is worth a read. And by the way, Tay Wiles with High Country News is continuing her long-term, in-depth coverage of the Bundy trial. Her latest story is online here.

In the Santa Fe New Mexican last week, Bruce Krasnow wrote about an appraisal that reveals revenue problems with the oil and gas industry. According to his story:

Local governments in energy-rich areas of New Mexico are losing millions of dollars in revenue because oil and gas companies aren’t telling county tax officials about thousands of miles of natural gas pipelines and hundreds of compressors, drilling rigs and other equipment, an appraisal expert says.

Jerry L. Wisdom, an Oklahoma native who owns Total Assessment Solutions Corp., which specializes in valuing energy company assets, has done contract work in Rio Arriba, Eddy and Lea counties, pinpointing equipment that should be taxed but is missing from tax rolls.

In southern New Mexico, some state agencies and local residents have weighed in on plans by American Magnesium for a proposed mine in the Florida Mountains and a refinery in Deming. According to the Deming Headlight, most state and local agencies approve the project, though the New Mexico Department of Game and Fish noted that “…the dolomite formation American Magnesium wants to mine is a common variety that is widespread in the region,” and recommended that a mine site further from the Florida Mountains Wilderness Study Area would be preferred.

Many readers may have already seen this study, but it merits a mention.

A study published last month in the peer-reviewed journal, Nature Climate Change, points to reduced monsoon precipitation for New Mexico as carbon dioxide emissions increase. “Most of this precipitation decline can be attributed to increased atmospheric stability, and hence weakened convection, caused by uniform sea-surface warming,” write the study’s authors. “These results suggest improved adaptation measures, particularly water resource planning, will be required to cope with projected reductions in monsoon rainfall in the American Southwest.”

And lastly, on Tuesday, Nov. 14, the Air Force and the New Mexico Environment Department will co-host a public meeting about the Kirtland Air Force Base Bulk Fuels Facility leak. The meeting is from 6 to 8:00 p.m. It will be held at the African American Performing Arts Center (310 San Pedro NE in Albuquerque. Email afcec.pa@us.af.mil for more information.