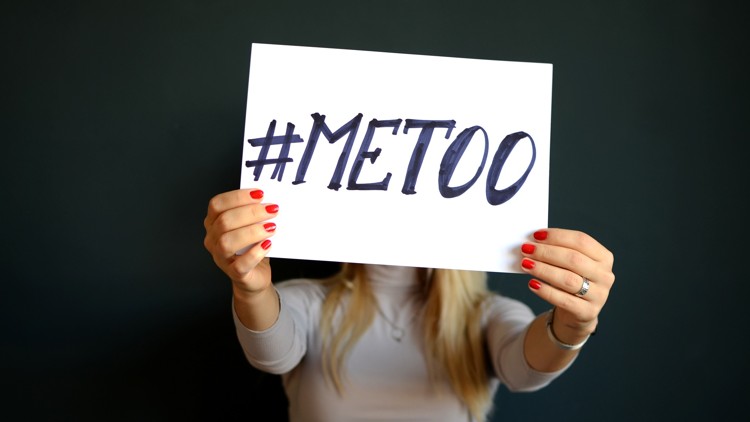 As a Ph.D. candidate in the social sciences more than 20 years ago, Duana Welch, 49, had done enough research to know the consequences she’d face by reporting sexual harassment in the workplace.

“When women came forward with allegations of sexual abuse and sexual harassment, the woman was the person blamed and the woman was not believed,” she said. “I was very angry that I would pay the price for coming forward. I knew what would happen.”

Like most who’ve had similar experiences, Welch, a relationship expert in Eugene, Ore., kept quiet. She wanted to bury the inappropriate encounters initiated by men who outranked her in the workplace. Welch worried that her fledgling career would be doomed.

That was until #MeToo.

“I jumped in immediately,” she said. “I knew that this was our moment. It was the first time I became very public about abuses and inappropriate sexual conduct that I’ve experienced.”

But figuring out why Welch and the millions who have posted on social media using #MeToo isn’t as simple as chalking it up to the power of the hashtag. Rather, a complex set of psychological and sociological factors is at work. Sparked by revelations about Hollywood titan Harvey Weinstein, the mushrooming list of accused harassers and those unwilling to stay silent any longer illustrate that what’s happening with this avalanche of disclosures is more than just a show of strength in numbers.

“Admissions of being a victim are stigmatizing,” said John Pryor, a professor of psychology emeritus at Illinois State University who has studied sexual harassment for more than 30 years and is participating in a National Academy of Sciences study of sexual harassment in STEM fields — science, technology, engineering and mathematics.

“Research has shown that people with stigmatizing conditions that can be hidden often engage in what is called ‘label avoidance.’ With regard to sexual harassment, the more people who come forward and say ‘me, too,’ the less stigmatizing the label,” he said.

Gayle Pitman, a professor of psychology and women’s studies at Sacramento City College in California, said the sense she’s gotten from the #MeToo posts are “almost like a catharsis.”

“‘Finally, I can release this.’ There’s also some fear. ‘What happens now that I outed myself? What are people going to think of me and how am I going to feel now?’” she said. “There is definitely a possibility of reliving a traumatic experience or dredging up past wounds. A lot of people who have been victims of sexual violence probably have untreated PTSD [post-traumatic stress disorder] and can lie dormant for a long time until something triggers it — even a deliberate disclosure.”

The risk of triggering a traumatic experience is lessened as more women step up and validate the experience. “You think less that it’s my fault and I did something wrong and you’re blaming yourself,” said Lucia Gilbert of San Jose, Calif., a professor emerita of psychology at Santa Clara University. “It validates that you have been validated. Now there’s a validation in the culture, and that’s huge.”

Social media is at the heart of this change, experts agree.

“It connects one person’s story to a much broader story and simultaneously creates heft to your story. It’s not just me. My voice is a part of this giant groundswell,” said Amanda Lenhart, of the nonpartisan think tank New America, who has studied the internet and American life at the research institute Data & Society as well as at the Pew Research Center.

Although viewed as a critic of social media, psychology professor Jean Twenge of San Diego State University — whose book “iGen: Why Today’s Super-Connected Kids Are Growing Up Less Rebellious, More Tolerant, Less Happy — and Completely Unprepared for Adulthood — and What That Means for the Rest of Us” explores the detrimental effects of smartphones on youth — said the #MeToo trend illustrates the positives of social media.

“It allows people to band together and share their stories at lightning speed,” she said. “The workplace certainly ups the stakes for the person experiencing the sexual harassment, and it also ups the level of anger because you’re talking about someone’s livelihood. You’re talking about a career or feeding their kids. Part of the conversation is not just the Hollywood starlet but the cashier at the grocery store.”

Women may believe now is a safer time to disclose what they wouldn’t have before, said Gilbert.

“Women are speaking up, and the political environment feels different,” she said. The worldwide women’s march on Jan. 21 “was huge. Women may better understand the importance of fighting for their rights.”

She suggests that change is possible when power shifts to more women at the top in certain traditionally male-dominated industries, such as the entertainment and media arenas, politics, the sciences and tech.

“It’s much harder to change the pattern of behavior and the sense of entitlement when you don’t change the power differential,” Gilbert said.

In his 1995 study of more than 2,600 employees at a government agency with more than 8,000 employees in 37 offices nationwide, Pryor found that office norms and the workplace culture are underlying factors — which hasn’t really changed in the decades since.

“If you look at women in those offices, office by office, women were more likely to say they were sexually harassed in the offices where the men said it was tolerated,” Pryor said.

Family law attorney Cindi Graham, 53, of Amarillo, Texas, knows all about how such behavior can be tolerated.

“There’s a lawyer who says inappropriate statements, and everybody just laughs and says that’s who he is,” she said. “It’s offensive. He’ll blatantly stare at women’s breasts. He won’t go so far as grope, but he’ll leer.”

Welch said the inappropriate behavior and harassment she experienced ranged from having a supervisor expose himself to her in his office (which caused her to quickly transfer and take a pay cut) to being harassed over a two-year period by a man whose office was located in her path.

“He had a lot of power, including power over my career,” she said. “I found another way to get into the building and he came to my office and said, ‘It’s starting to feel like you’re avoiding me.’”

“In my early 20s, my story would have been an isolated event brushed away and me blamed for it,” Welch said. “I wanted to add to what I see is a really important cause. Now most people are believing us.”