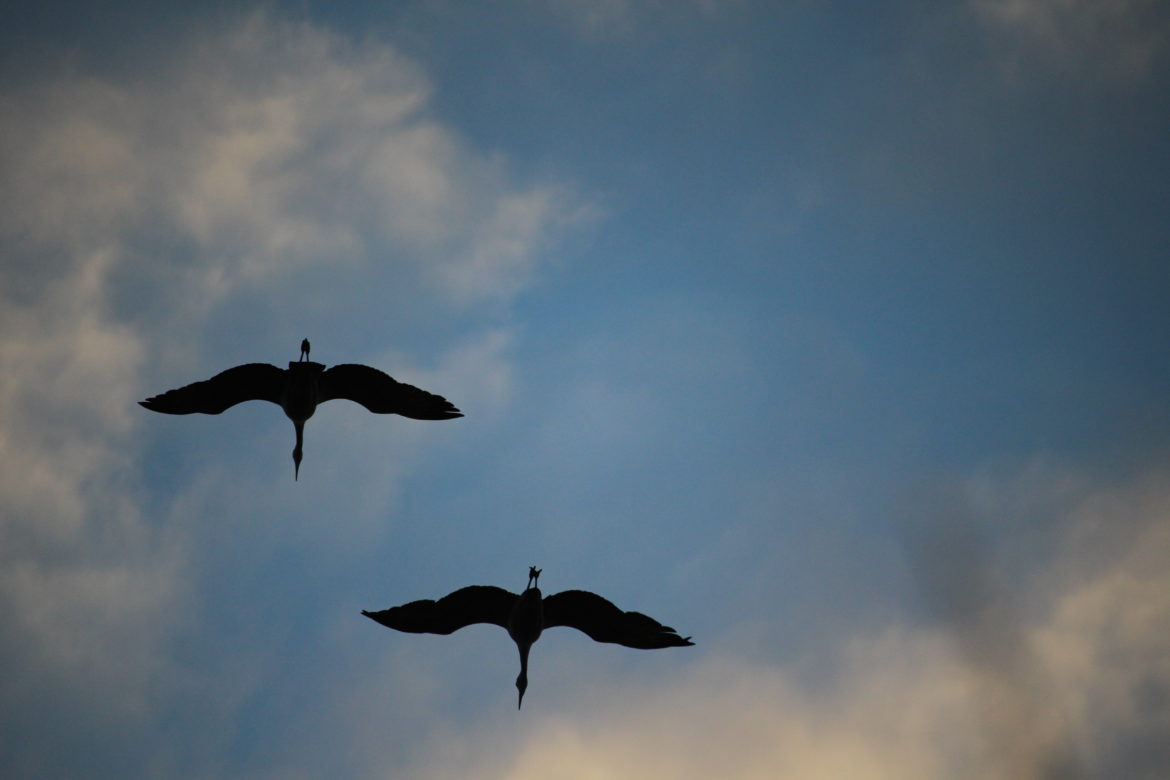 Before you break into the turkey and mashed potatoes tomorrow, I just wanted to mention a few important environment stories from the past week.

Last week, the Albuquerque Journal reported that the U.S. Supreme Court has scheduled oral arguments for Texas v. New Mexico for January 8, 2018. Texas sued New Mexico four years ago, alleging that New Mexico is using more than our fair share of water from the Rio Grande. Here’s a short post from Southwest FarmPress, too. To read some of our earlier coverage of the lawsuit, visit here.

The Denver Post ran a story earlier this month about the severe drawdown of the High Plains Aquifer (an issue we covered most recently here). According to the story, overpumping of groundwater has put such a strain on the aquifer that streams are drying up at a rate of six miles per year. Read the whole story here.

Susan Montoya Bryan wrote about the role some Native American activists and tribal leaders are playing in a fight against oil and gas development in Sandoval County. The Carlsbad Current-Argus reported that Eddy County officials are planning to hold a public meeting about the county’s audit of oil and gas equipment, in light of revelations earlier this month from one appraisal expert that industry isn’t paying out all it should to counties. There’s no date set yet on that Eddy County meeting. And today, the Albuquerque Journal reported that the New Mexico Public Regulation Commission voted 3 to 2 to accept PNM’s new plans to build 50 more megawatts of solar facilities. According to the story:

Glick said PNM’s “request for proposals” for new solar generation disadvantaged independent power producers by prohibiting them from owning and operating solar plants on sites PNM had pre-selected for new facilities. That forced them to instead offer to build facilities on separate sites with full transmission plans and a fixed price structure laid out in advance.

That, combined with the RFP’s 31-day limit on responses, meant independent suppliers were denied a fair opportunity to compete, limiting PNM’s ability to show that its final bid selection was the most cost-effective for ratepayers, Glick said.

I thought I’d mention a couple of other things readers might be interested in, too. Pacific Standard has a powerful story, “The Theft of the Gods,” about the looting of sacred sites and archaeological ruins in the Southwest. And there’s a new study out in the peer-reviewed journal, Nature Climate Change, about how North American storm clusters could produce more rain, up to 80 percent more rain, later this century as the Earth continues warming. The authors note in their study, “These typically neglected increases substantially raise future flood risk. Current investments in long-lived infrastructures, such as flood protection and water management systems, need to take these changes into account to improve climate-adaptation practices.”

In other news, sandhill cranes are arriving en masse in the Middle Rio Grande Valley right now, which means you should hightail it down to the bosque as soon as possible. (You might also notice that the Rio Grande is running nice and fast. Irrigation season ended at the end of October, and now is the time of year when New Mexico starts sending water down to Elephant Butte Reservoir.)

And if you need help deciding what to do on Friday (instead of shopping), we’ve got also some recommendations for getting outside. Happy Thanksgiving!