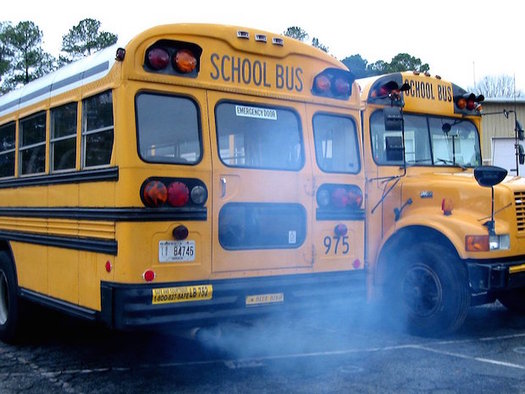 Proponents of spending New Mexico's windfall from the Volkswagen Clean Air Act violations on electric buses will rally in Albuquerque on Thursday.

ALBUQUERQUE, N.M. – The New Mexico Department of Health says 47,000 children in the state suffer from asthma, and that’s why a coalition wants funds from the Volkswagen emissions-test settlement spent to transition diesel school buses to electric.

A group will rally in Albuquerque Thursday to lobby for the $18 million owed to New Mexico by Volkswagen after the auto company was found cheating on federal emission laws.

Liliana Castillo, a spokeswoman for the Conservation Voters New Mexico Education Fund, says the unexpected windfall should be used to phase out dirty diesel school buses for clean, electric buses.

“In New Mexico, there are approximately 166,000 kids who ride school buses to over 89 school districts, which serve over 300,000 students, over half of whom are children of color,” she points out. “That explains, that’s part of why there are more than 1 in 11 children in New Mexico who suffer from asthma.”

According to the U.S. Department of Health and Human Services, African-American children are twice as likely to have asthma as white children.

The Albuquerque rally will begin at 10 a.m. Thursday at Tingley Field Park.

Experts estimate there are 250,000 older school buses still in operation across the U.S., with exhaust systems spewing pollutants that can adversely affect children’s health.

Castillo says following the rally, organizers will caravan to the State Capitol in Santa Fe to deliver the petitions to the New Mexico Department of the Environment and Gov. Susana Martinez.

“We have nearly 2,000 New Mexicans who have expressed support in the transition from diesel buses to clean electric buses, and we just want those voices to be put on the record, the public record, as far as the mitigation plan is concerned,” Castillo states.

The Environment Department is required to spend the Volkswagen settlement money to support a reduction in nitrogen oxide levels.