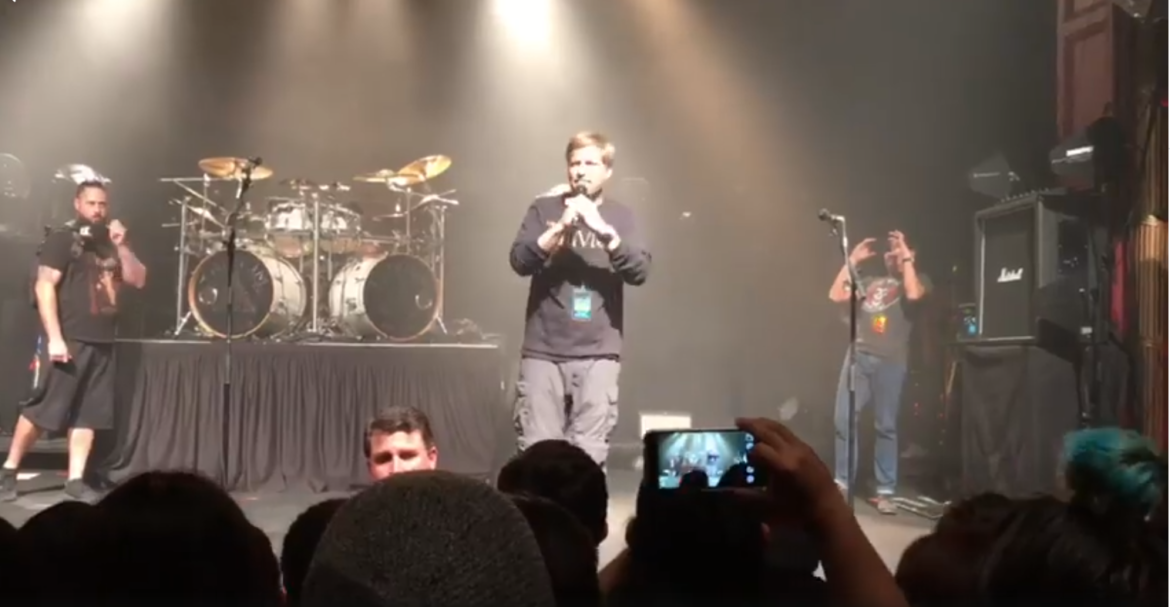 Just days after his inauguration, Albuquerque Mayor Tim Keller was onstage again. This time, in front of a crowd of screaming fans of the heavy metal band Trivium.

“My name is Tim Keller,” he told the crowd. “I’m your new mayor and I love heavy metal!”

A KOAT-TV photojournalist was at the show and taped Keller, wearing a Trivium shirt, telling the crowd that Albuquerque “is an awesome metal city” and introduced what the mayor called one of his “favorite bands.”

Matt Heafy, the lead singer and guitarist for Trivium, said on Twitter it was “an unprecedented honor” to have Keller introduce the band.

Keller is well-known as a fan of heavy metal music and has often attended shows in Albuquerque.

At a Dukes Up Albuquerque event, where mayoral candidates ate salsa while answering questions about themselves and policy, he was asked what the best metal show he ever saw in Albuquerque.

“I wasn’t just a heavy metal fan, I still am,” Keller said. “In fact, I saw Mastodon like three days ago at the El Rey [Theater].”

He said his favorite show was Machinehead at the Sunshine Theater earlier in 2016.

Keller described buying cheap tickets to a Megadeth concert at Tingley Coliseum and jumping into the general admission area in front of stage.

Correction: This article misspelled the name of the band Megadeth. We regret the error.

View all Dukes Up Albuquerque articles →