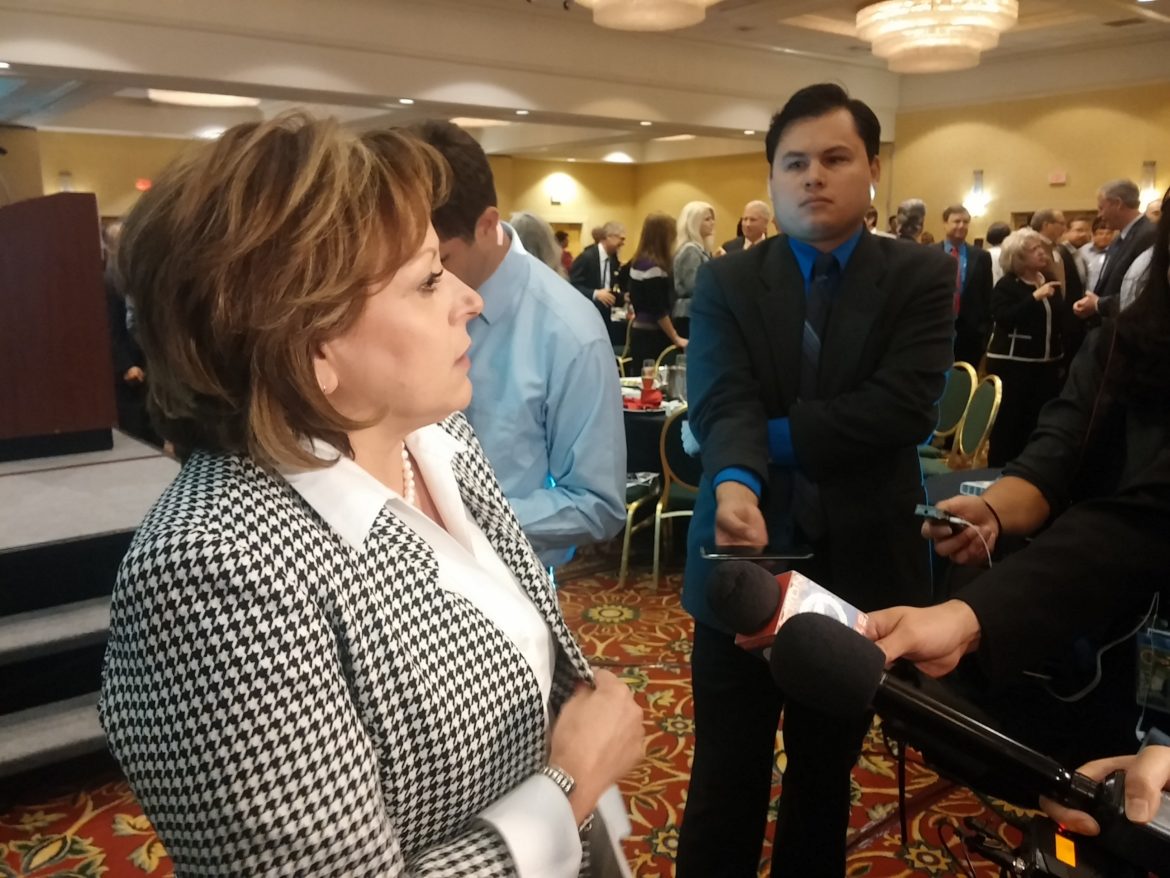 The letter to Senate Majority Leader Mitch McConnell, R-Kentucky, and Speaker of the House Paul Ryan, R-Wisconsin, didn’t advocate for either plan passed by the House or Senate, but instead called for general principles in a tax overhaul.

The House and Senate each passed different plans, necessitating a conference committee for the two to reconcile language. The narrow Republican majority complicates the measure, as does the House Freedom Caucus, a bloc of hardline conservative Republicans in the House, including New Mexico’s Rep. Steve Pearce.

They touted tax cuts made since 2011, and the economic growth they say the cuts caused.

“Since January 2011, Republican governors have enacted $62 billion worth of tax cuts for the hard-working people of our states, according to Americans for Tax Reform,” the letter states. “Many of these same governors inherited massive budget deficits. Today, many of those same states have budget surpluses, significant job growth and employment levels, and historic funding for priorities like education.”

The governors  also called for cutting the country’s “burdensome” corporate tax rate, calling it “the highest in the world among industrialized countries with advanced economies.” That claim is more complicated than merely looking at the statutory tax rates of countries, however, because of tax carve outs.

The governors argue cutting the tax rate will potentially bring “billions in income and millions of jobs along with them.”

Senators and representatives are currently in a conference committee, where they will write a new tax bill both chambers will need to pass. As The Washington Post reported, there are significant differences between the two bills, which both passed with no Democratic support. These differences include when the corporate tax rate should be lowered, whether people can deduct state and local taxes from their federal taxes, a repeal of the alternative minimum tax and other issues that would impact millions of Americans and the budget to the tune of hundreds of millions of dollars.

Analyses of the Senate version of the bill showed that it would increase the debt by $1 trillion or more, even after accounting for economic activity. That would have a big impact on state budgets, including New Mexico’s. Without further action, it could result in nearly $600 million less in federal funds for the state, nearly one-tenth of the state’s budget.