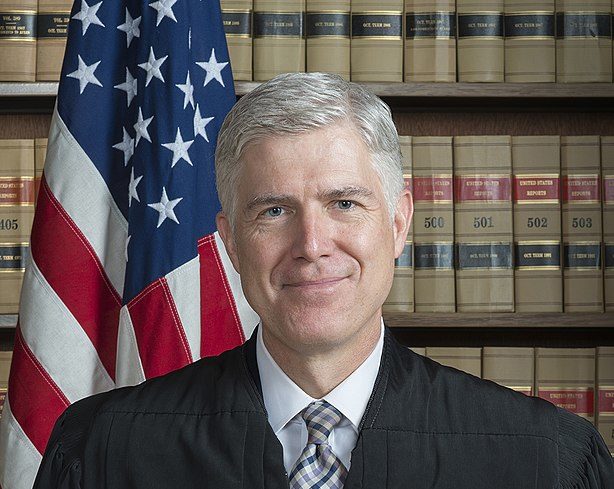 During the Senate hearings that put Neil Gorsuch on the Supreme Court this year, Democrats made it clear they were leery of his conservative judicial record. Gorsuch was confirmed in April along party lines, and no Western Democrat voted in his favor. But Gorsuch has a strong background in Indian law and a record of recognizing tribal sovereignty and self-determination, and, those concerns notwithstanding, his nomination may well represent a potential positive development on big cases in Indian Country.

In a court dominated by East Coast justices, Gorsuch is from the West, the source of many Indian law cases. He grew up in Denver, where he later spent 10 years as a circuit court judge. His mother, Anne Gorsuch Burford, headed the Environmental Protection Agency under Ronald Reagan, and his stepfather, Robert Burford, directed the Bureau of Land Management during the 1980s. “Western experience is lacking in the current makeup of the court,” Native American Rights Fund attorney Richard Guest wrote of Gorsuch’s nomination, “and is a vitally important perspective.”

Gorsuch is also well acquainted with Indian case law. On the 10th Circuit Court of Appeals, the Harvard-educated Gorsuch presided as a judge over five Western states and 76 tribal nations. According to the Native American Rights Fund, which supported his nomination, Gorsuch ruled favorably for tribes 57 percent of the time on cases ranging from jurisdiction and religious freedom to tribal sovereignty. His opinions show an appreciation of history and context, important tenets of Indian law, says John Dossett, general counsel of the National Congress of American Indians, who first met Gorsuch at an NCAI function 10 years ago.

Gorsuch’s opinions often read like a primer on the history of the tribe in question and are firmly couched in an understanding that, as he has written, “ambiguities in the field of trust relations must be construed for, not against, Native Americans.” This is well understood in federal Indian law. However, the field is not at the forefront of law education; just three states require knowledge of it to pass the bar exam, and no current Supreme Court justice is well versed in it. Gorsuch values historical context and often delves into the exact words of treaties. That “textualist” approach involves looking at the objective meaning of the text, rather than interpreting its intent. In Indian law, “if you go back to the original text, the tribes come out pretty good,” Dossett says.

Not all have such a positive view. Robert Anderson, law professor at University of Washington, says that many of Gorsuch’s past rulings on tribal affairs were “open and shut” cases. Gorsuch may receive such glowing reviews, Anderson says, because people compare him to Antonin Scalia, the justice he replaced. (According to an analysis by the Native American Rights Fund, Scalia voted against tribes 86 percent of the time.) Anderson points to a case involving the Navajo Nation, in which Gorsuch’s written opinion determined that disputed lands were not considered Indian Country. “My assessment is that in the one case where things were really contested, in a matter regarding sovereignty, he went with the anti-tribal view,” Anderson says. This is important because the Supreme Court produces precedent-setting decisions that guide the courts below.

Still, Gorsuch’s experiences as a Westerner and his understanding of Indian law and history could prove advantageous for Indian Country. In early December, the Supreme Court had yet to decide whether to hear or decline 12 Indian law cases — substantial cases, including fishing rights, the Indian Child Welfare Act and sovereign immunity. The court has already turned down a case about the groundwater rights of the Agua Caliente Band of Cahuilla Indians in California. That is seen as a win for the tribe because it means the 9th Circuit Court’s last decision stands. The tribe’s chairman, Jeff Grubbe, applauded the decision, saying it made the tribe’s water rights a matter of “settled law.”

In the past, tribal litigants have avoided bringing cases to the Supreme Court because of its record of deciding against them; in the last three decades, tribal interests have lost 72 percent of cases. While having Gorsuch on the bench may not change that entirely, he may bring some depth and breadth to tribal affairs and pull other justices in his direction.

Of course, this all depends on whether he sticks to his track record and apparent principles. Despite the partisan politics overshadowing his confirmation, Gorsuch pushed back against the notion that judges are “politicians in robes,” and should instead “apply the law impartially.” As more cases come before the Supreme Court, legal experts in Indian Country will be watching closely for opportunities. “Nobody really knows how he’s going to decide cases in the future,” Dossett says. “But we also know that he’s a justice with his own mind.”