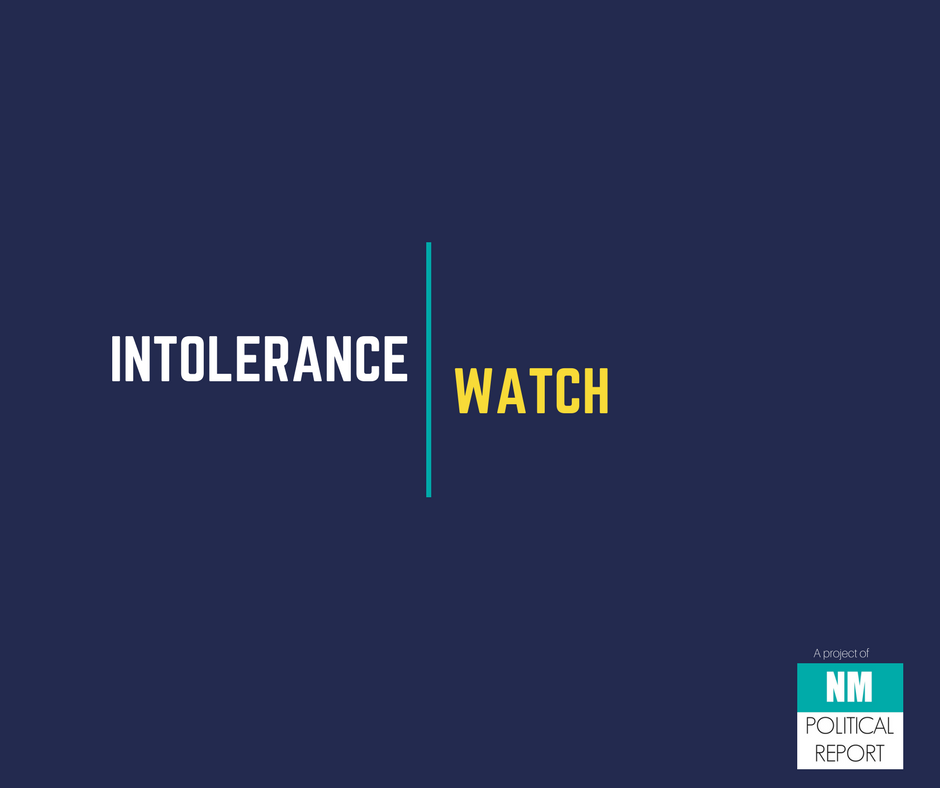 A mosque in Clovis was vandalized with graffiti this weekend, purportedly by “A real christian.”

“Happy Birthday Jesus Christ from a real christian” was written in spray paint on The Golden Mosque in Clovis, NM.

It is the only mosque in the eastern New Mexico city.

Blue spray paint with “Trump” was sprayed twice near the door.

According to The Eastern New Mexico News, Dr. Mahamadu Fuseini, a cardiologist by trade, oversees the mosque, which is inactive for most of the week. He said a community of up to 20 Muslim families worship at the mosque.

A Facebook user who lives around the corner from the mosque posted video of some of the graffiti on Monday.

MyHighPlains reported police did not hear any official complaints about the graffiti and instead learned about it through social media.