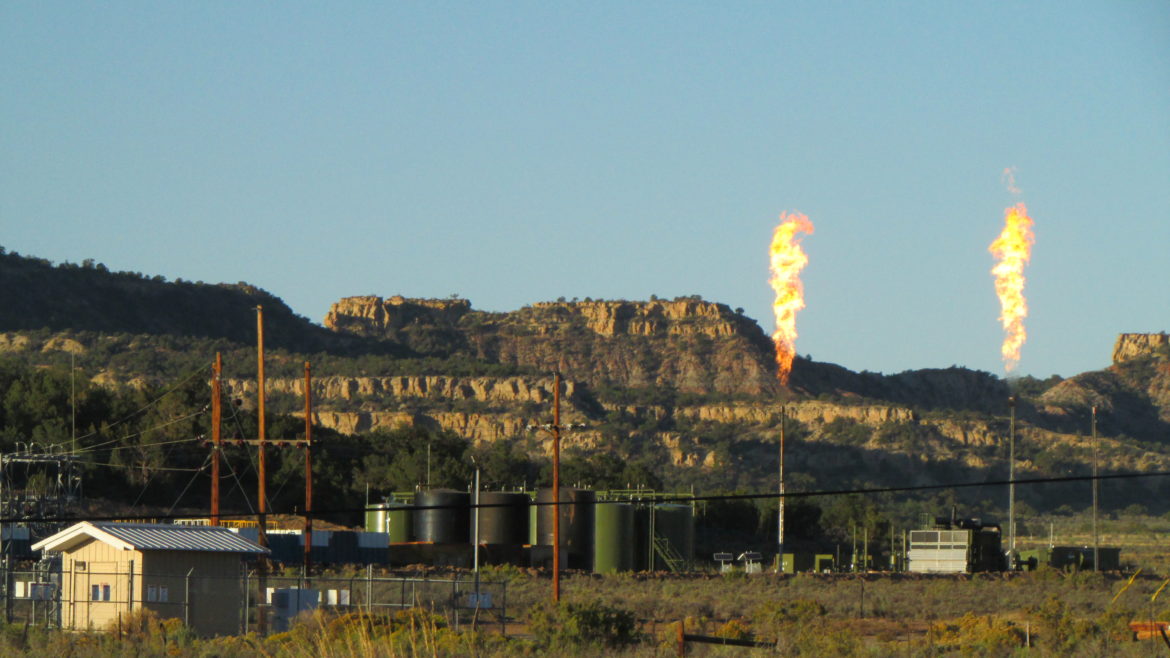 New Mexico Attorney General Hector Balderas has again joined forces with California Attorney General Xavier Becerra, this time in a lawsuit against the Trump administration over its suspension of a rule to reduce methane emissions from the oil and gas industry.

Earlier this month, U.S. Department of the Interior Secretary Ryan Zinke delayed implementation of the Obama-era requirement until January 2019. The U.S. Bureau of Land Management rule would have cut methane released from wells and infrastructure on federal and tribal lands by limiting routine flaring and requiring that operators modernize leak-detection technology and fix the leaks they found. It also prevented operators from venting methane directly into the atmosphere in most circumstances.

New Mexico and California had supported the original rule, saying it would benefit states in three key ways: generating more annual revenue by cutting natural gas waste, protecting public health from harmful air pollution and reducing the impacts of climate change. Methane is a marketable product—the same natural gas many people use to cook with and heat their homes.

During a press call Tuesday morning, Balderas said he joined the latest lawsuit because “taxpayers and families across New Mexico deserve better.” The rule, he explained, would prevent the waste of methane from oil and gas wells and ensure a “fair return” on shared natural resources.

Balderas pointed to studies showing that New Mexico, like other energy-producing states, loses revenue when methane leaks from infrastructure or is unnecessarily vented or flared, instead of sold. A study released by Environmental Defense Fund in November showed New Mexico loses between $182 million and $244 million-worth of natural gas each year, resulting in a $27 million loss in taxes and revenue annually.

Methane, a greenhouse gas, also contributes to the warming of the planet. In 2014, scientists published a study showing that the nation’s largest “methane anomaly,” or hotspot, is above the Four Corners area. After conducting ground and air surveys, they identified 250 emitters of methane. They also found that 10 percent of those 250 were responsible for about half the methane emissions in the entire San Juan Basin.

Peter Zazal, the special projects director and lead attorney of Environmental Defense Fund, also spoke on the call. He pointed out that a coalition of citizen and tribal groups also filed a legal challenge to the rule’s delay.

Sam Dee, a member of Navajo Nation Red Mesa Chapter, called the BLM’s move “deeply disappointing.” He added, “We need our leaders in the Navajo Nation and Washington, D.C. to stand up and fulfill their trust responsibility.”

Balderas left the call before reporters had the opportunity to ask questions. But in response to a question from NM Political Report, about how New Mexico can strengthen safeguards rather than relying on the federal government, Don Schreiber, owner of Devil’s Spring Ranch, said New Mexico should follow Colorado’s lead and enact a state law to reduce methane pollution. Dee noted that neither the Colorado law, nor one enacted in New Mexico, would apply to wells on the Navajo Nation.