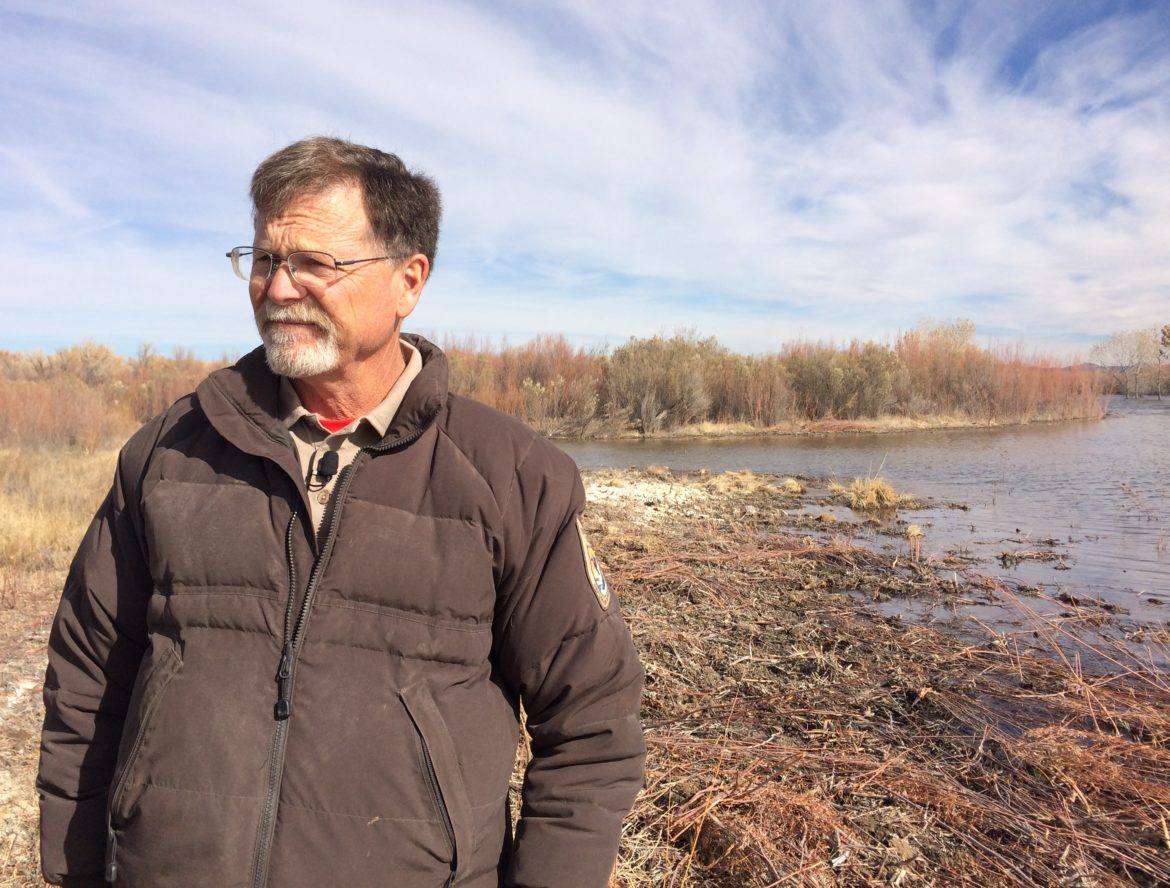 Every year, migrating birds blanket fields and hunker down for the winter along the Middle Rio Grande. Even if you’ve never visited Bosque del Apache National Wildlife Refuge south of Socorro, you’ve likely seen photographers’ striking images: flocks of snow geese erupting from the water just as the sun peeks above the horizon or closeups of sandhill cranes with their giant wings spread in mating displays.

Typically between November and February, tens of thousands of greater sandhill cranes, snow geese and Ross’s geese overwinter at the refuge. “We provide resting habitat and the food to get them through the winter so when they go up for breeding season they’re in good they’re good physical shape for the next year,” says refuge manager Kevin Cobble, adding that the refuge grows corn, seed and native crops to keep the birds from traveling outside the refuge and feeding on local crops on private land.

“We try to manipulate our wetlands to simulate what the Rio Grande used to do,” he says. Prior to dams and diversions being built along the river, snowmelt would rush down the river, altering the channel and scouring the landscape. Monsoon rains would reflood some areas in the summer, and then they’d dry out again in the fall.

“Since we have dams on the river and that doesn’t act that way anymore, we come in and do it mechanically with tractors and disks and plows,” Cobble says. “We’ll disturb in the spring or fall and then we manage the water to flood it and then drain it slowly to get the right suite of plants to come up.” And if there aren’t monsoons, or they come later in the summer, the refuge can irrigate to make sure native vegetation is there when the birds arrive between Halloween and Thanksgiving.

This story was reported in partnership with New Mexico In Focus. To watch a video of a “goose tornado” visit the NMIF Facebook page.

Along with ensuring the birds have enough to eat, refuge employees help adapt the landscape to a warming climate. They’re already seeing the impacts of higher temperatures in the West. Species like javelina are moving north. And last year, for example, many snow geese never left Montana, because it didn’t get cold enough to push them south. Cobble adds that some birds also stop in Colorado and end up spending the winter there, which historically they didn’t do.

Bosque del Apache also provides habitat for javelina, bobcats, bears, elk, deer, mountain lions and the endangered meadow jumping mouse. And it’s an important source of economic activity for the mostly rural Socorro and Sierra counties. About 25 people work at the refuge, and thousands of people attend the annual Festival of the Cranes. Cobble estimates the event contributes about $2 million to the local economy, but says it’s difficult to put a price tag on the value of the refuge.

“There’s a value that we don’t understand yet and we may never understand,” he says. While not everyone might care about wildlife, there are a lot of people who know they can’t do without it. We evolved alongside all these species, after all. “To me, the sound of a crane is such an ancient call,” he says—and it’s something that should be preserved forever, for generations to come.

The staff at Bosque del Apache was generous enough to share some of the images of wildlife they’ve captured via trail cameras. We can’t resist sharing some of them.

A mountain lion makes off with dinner, a sandhill crane.

To watch Friday’s episode of “Our Land: New Mexico’s Environmental Past, Present and Future” that aired on New Mexico In Focus about Bosque del Apache National Wildlife Refuge, visit here. You can also learn more about the monthly series on the New Mexico In Focus website.