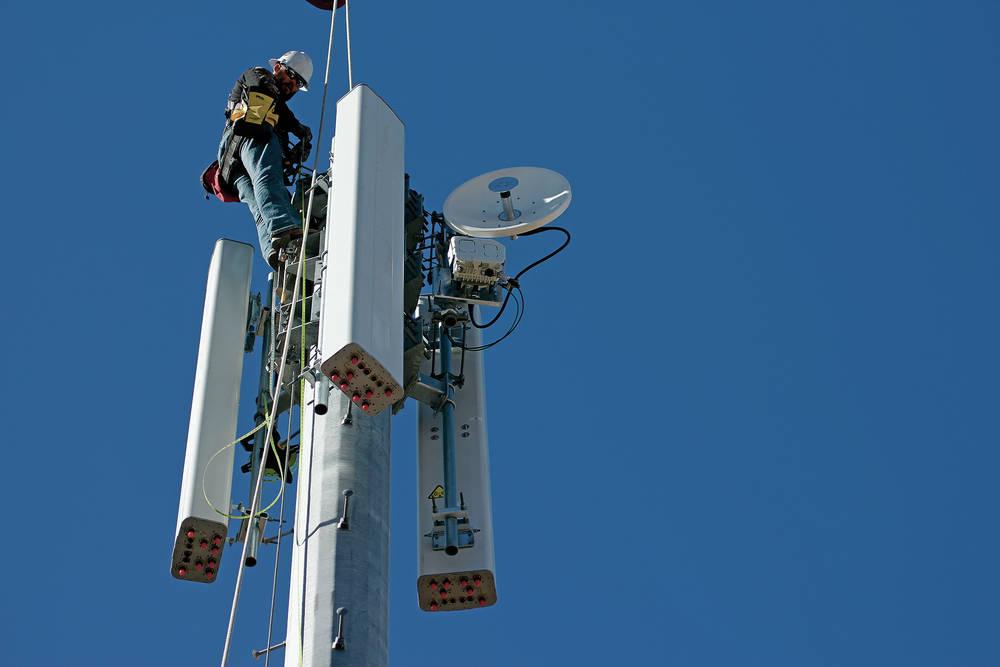 State legislators have proposed a bill that would streamline the installation of small cellular facilities in public rights of way, which they say will accelerate internet speeds and enhance the state’s broadband capacity.

The proposal, intended to prepare New Mexico for the arrival of 5G networks, would boost a signal that the state — in a climate where connectivity is essential for economic development — is open for more business, said Sen. Candace Gould, R-Albuquerque.

“We’re just at a place where we need to upgrade,” said Gould, a co-sponsor of the measure.

The proposed Wireless Consumer Advanced Infrastructure Investment Act, with identical bills filed in both chambers of the Legislature, could spur some backlash in a capital city where a handful of residents are still simmering after Mayor Javier Gonzales last month issued an emergency proclamation that allowed Verizon to install temporary telecommunication facilities on city structures.

The state legislation would appear aimed at heading off the need for such a proclamation, which was lambasted by a vocal cadre of Santa Fe residents who believe radio frequencies are dangerous.

“We are seeking to remove obstacles for wireless broadband investment and accelerate the deployment of new technology in communities across the state to give New Mexicans the service they want and need,” Democratic Sen. Jacob Candelaria of Albuquerque, also a co-sponsor, said last month.

Candelaria cited Gonzales’ proclamation of a “telecommunications emergency” as evidence of “the serious impact connectivity issues can have on a community.”

Gonzales said the additional Verizon facilities were necessary in the city on an emergency basis because spotty wireless coverage was raising the risk that residents could not contact police and fire departments, and was interfering with public safety officers’ ability to communicate.

Gould also referenced public safety as a rationale for the state legislation, saying she had heard from law enforcement personnel who complained of dropped calls.

The proposal outlines rules for placing small cells, or mini-antennas, on existing structures such as streetlights and traffic lights. A cell that extends less than 10 feet above a structure in a public right of way “is classified as a permitted use and is not subject to zoning review or approval,” according to the bill.

Arthur Firstenberg, an outspoken local opponent of proliferating telecommunications equipment, said providers have been lobbying hard across the country for legislation allowing for more small cells to prepare for the rollout of 5G, a higher-capacity generation of wireless systems.

“With 4 major providers competing, this will mean several cell sites on every block in every city, and some are predicting cell sites (now called ‘nodes’) in every building,” Firstenberg wrote in an email.

Whether the proposal will be taken up during the 30-day session scheduled to begin Tuesday is unclear. A non-budget-related proposal in a short session requires the governor’s approval. A message to Gov. Susana Martinez’s office late last week was not returned.