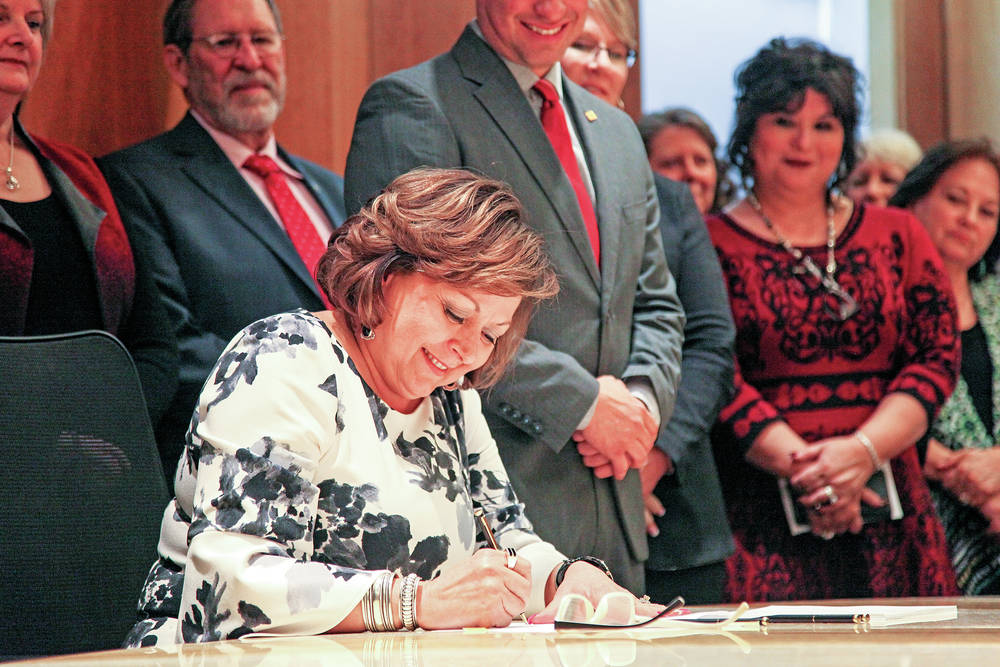 Gov. Susana Martinez signed a new nurse licensing compact on Thursday, averting what one lawmaker warned would be a health care crisis by ensuring nurses with licenses from more than two dozen other states can continue practicing in New Mexico without getting a separate certificate.

A bipartisan group of lawmakers sped the bill through the Legislature in the first days of this year’s month-long session as they faced a deadline late Friday to either approve the new compact or leave dozens — potentially hundreds — of nurses with licenses from other states unable to work in New Mexico, only making worse a shortage of medical professionals around the state.

“Some hospitals, as high as 70 percent of their staff are out-of-state nurses. This is critical,” Rep. Deborah Armstrong, a Democrat from Albuquerque and chair of the House Health and Human Services Committee, told representatives before the chamber voted 68-0 to approve the new compact without debate.

After the swift vote, the measure headed to the governor, who signed it Thursday afternoon surrounded by Democratic and Republican lawmakers.

“When we work in a bipartisan way, we can get things done in a very quick fashion,” Martinez told reporters during a bill-signing ceremony that represented an unusual scene after the sparring in recent years between the governor and Democrat-controlled Legislature.

Sens. Stuart Ingle, R-Portales, Gay Kernan, R-Hobbs, and Howie Morales, D-Silver City, sponsored the legislation. However, most all lawmakers around the Roundhouse said there was no time to waste.

New Mexico has been part of a nurse licensing compact with 24 other states for over a decade and the new agreement, known as the Enhanced Nurse Licensing Compact, has been in the works for years.

A wide range of organizations — from the state’s major nursing union to AARP and the Association of Commerce and Industry — have backed the new compact, which now includes several more states. It also changes the requirements for background checks and creates a new commission to oversee the compact.

While the New Mexico Nurses Association says most nurses in the state do not practice across state lines, many rely on the compact, such as nurses who transport patients between hospitals and fill vacancies for short-term stints at medical facilities around the country. Meanwhile, hospitals, nursing homes and even schools rely on nurses who live in neighboring states and regularly commute to work in New Mexico.

The new compact will include all of the states neighboring New Mexico. Colorado’s Legislature approved it on Wednesday.

Still, the question remained why the state did not pass the compact sooner.

The compact was designed to take effect at the end of 2018 or earlier if 26 states joined. The compact crossed that threshold over the summer, putting in place a deadline of Jan. 19.

Many legislators have said the issue caught them by surprise — that state officials never told them during last year’s session or during a special session in the summer that they might face an abrupt deadline to pass the compact.

But when asked why the issue came down to the last minute, Martinez said: “The Legislature failed to do it last year.”