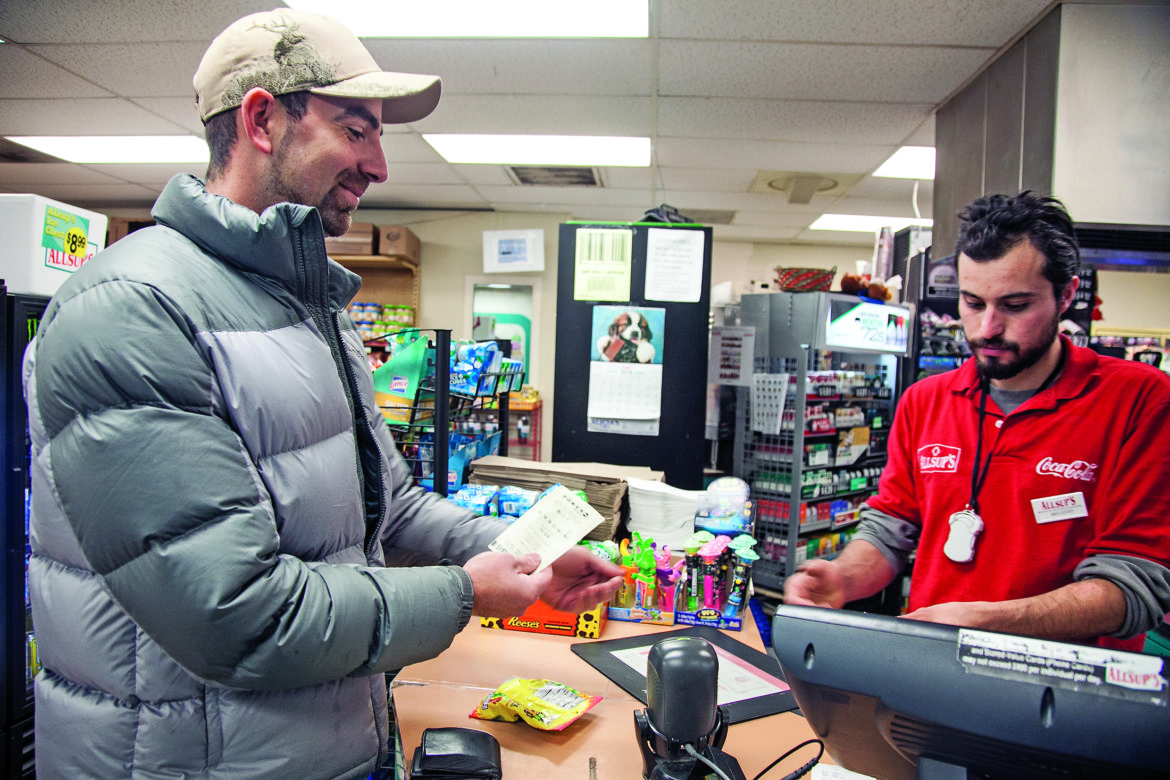 State law requires the New Mexico Lottery to allocate 30 percent of its gross revenues for college scholarships, a program that helped defray expenses for some 26,000 students last year.

So effective was this system that it funneled more than $40 million annually to the scholarship program for nine consecutive years, helping many students obtain a college degree without the crushing debt that can come with loans.

But lottery revenues dipped in 2017, a fact that figures heavily in another attempt to change the law. A Republican lawmaker has revived an annual bill to eliminate the requirement of pledging 30 percent of gross lottery revenues to college scholarships.

House Bill 147, sponsored by Rep. Jim Smith of Sandia Park, proposes that at least $38 million in net revenue go to the scholarship program. His bill includes a provision that would require the lottery to return to the 30 percent mandate if proceeds dip below the threshold.

“We need to raise revenues for the program,” Smith said Tuesday. “This is the best thing to do that.”

Lottery executives say the change Smith proposes would enable them to sell more tickets and ultimately generate more money for the scholarship fund.

“By alleviating the mandate, the lottery will be able to put more prizes in games, in turn increasing sales and thus increasing dollars raised for students,” the lottery said in a statement timed to coincide with the release this week of Smith’s proposal. “The bill is a win for students.”

The lottery staff says the proposal could raise an additional $25 million in scholarship money over the next five years. That is more optimistic than last year, when it estimated a gain of $11 million to $18 million if the requirement of 30 percent for scholarships were eliminated.

Student leaders at The University of New Mexico say the change would negatively impact students who rely on the scholarship, which pays 60 percent of tuition for eligible New Mexico residents who attend state colleges.

“If they drop it down to $38 million, that will cover about 48 percent of tuition at current tuition levels,” said Noah Michelsohn, spokesman for the student government at The University of New Mexico. “Assuming the bill gets passed and the lottery scholarship gets cut further, that could lead more students to drop out of college, which could raise tuition for those who stay in college. … This is a total lose-lose for New Mexico students.”

Michelsohn and other student government leaders said they are willing to work with Smith to redraft the bill to ensure that the minimum guarantee is $40 million, and that half of all new proceeds would go to the scholarship fund.

Lawmakers created the scholarship fund in 1996, and for almost 20 years it covered 100 percent of tuition for in-state students who met eligibility requirements. But keeping pace with demand for the scholarship has been a concern for years because of increasing tuition rates, among other reasons.

Legislative efforts to remedy the problem began with reducing the amount of the scholarship.

It was cut to cover 95 percent of tuition in 2014-15, and then to 90 percent in 2015-16. It would have dropped even more if lawmakers had not decided to draw on the state’s general fund and alcohol excise tax revenues to supplement the scholarship fund.

Recently the leaders of New Mexico’s college and universities told the Legislative Finance Committee that they would support a bill to decouple lottery scholarships from tuition costs, an action they said would discourage colleges from raising tuition and give schools leeway in how to use those funds.

Smith said he plans to introduce a separate bill to decouple tuition from the lottery scholarship.

Student leaders at several New Mexico colleges, including New Mexico State University and the New Mexico Institute of Mining and Technology, said this week they support such a move.

“We think it would be beneficial,” said Emerson Morrow, vice president of the student government at New Mexico State University.

He said the student association has not yet taken a position on Smith’s bill.