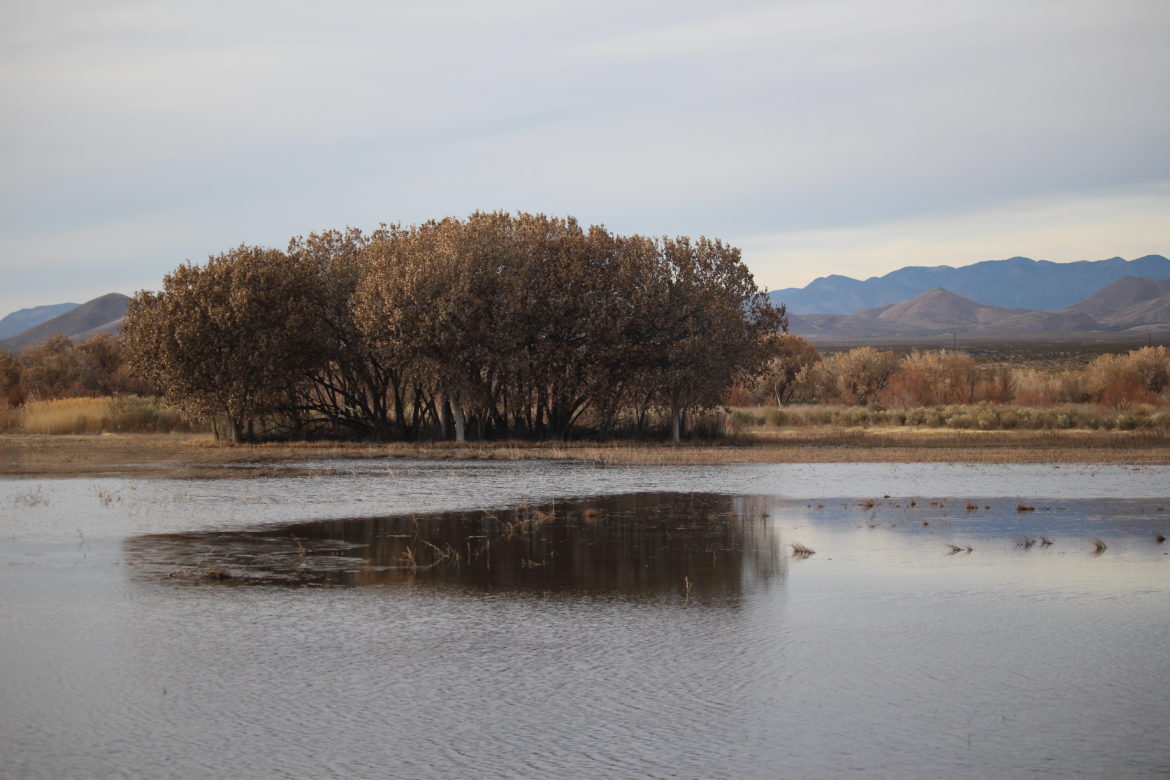 Earlier this month, we wrote about a proposed copper mine near Hillsboro.

In 2015, the U.S. Bureau of Land Management released a draft Environmental Impact Statement for how the New Mexico Copper Corporation’s  proposed open pit mine, mill, waste rock pile, stockpile and other facilities might affect things like local wildlife, water supplies and vegetation. Many local residents and downstream farmers as well as New Mexico’s two U.S. senators pointed out problems with the analysis. At that time, the New Mexico Interstate Stream Commission also said that the BLM didn’t adequately consider the project’s impacts on New Mexico’s ability to meet its Rio Grande water delivery requirements to Texas. (A big deal since New Mexico is currently being sued by Texas in the U.S. Supreme Court over those water deliveries.)

Now, the BLM has announced it is moving forward with a Final EIS for the Copper Flat Mine Project, and it will not issue a Supplemental EIS to address those other issues. According to the federal agency, the Final EIS and the agency’s final decision on the mine is scheduled for the summer of 2018.

There’s no shortage of other environment news around the state, and reporters around the region are keeping busy following everything from the border wall to brine wells.

On Monday, the Trump administration waived compliance with environmental laws for construction of a new border wall and associated roads near Santa Teresa. In 2005, Congress gave the  the ability to waive laws for border construction. According to the story in the El Paso Times:

The waiver by U.S. Department of Homeland Security Secretary Kirstjen Nielsen is for the construction of new bollard fencing to replace existing vehicle barriers along the border.

Environmentalists said they are concerned about the department’s waiver of more than 30 laws and regulations intended to protect clean water, endangered wildlife and public lands.

According to a story in the Carlsbad Current-Argus, State Land Commissioner Aubrey Dunn is challenging a bill in the New Mexico State Legislature that would send $2 million a year from the Oil and Gas Reclamation Fund to remediate the brine well in Carlsbad.

That area is in danger of collapsing, due to previous oil drilling activities. But the company that was responsible has moved on, leaving responsibility for the sinkhole to the state and local communities.

Dunn said the reclamation fund wasn’t meant for such projects, but should be used to plug abandoned wells on State Trust Land. He also asked Gov. Susana Martinez and New Mexico Energy, Minerals and Natural Resources Secretary Kenneth McQueen to stop issuing new drilling permits until the state adopts a five year plan for plugging and reclaiming about 600 abandoned wells. According to the story:

In his letter, Dunn wrote that he would speak to state lawmakers about his concerns specifically for using the Oil and Gas Reclamation fund to remediate the Carlsbad Brine Well.

“Diverting money from the Oil and Gas Reclamation Fund to remediate the Carlsbad brine well would reduce the money available for the originally intended purpose, which has not been achieved,” Dunn wrote.

Over on his website, journalist Jonathan Thompson mapped out 1,300 oil and gas field spills or releases that occured in New Mexico in 2017. You can see that map here. (Or the interactive version here.) Thompson also writes:

More striking is what spill stats don’t include: Methane lost and emitted during day-to-day oil and gas operations and via venting, flaring, and undetected leaks, which has reached as much as 3 billion cubic feet per month in the past. When a crash in oil prices in late 2014 sent the drill rigs back to storage, venting and flaring volumes dropped considerably. Still, in 2016, they averaged a whopping 531 million cubic feet per month, representing a substantial loss of royalty and tax revenue as well as a serious air pollution and climate altering problem. Volumes started to increase again in 2016, when drilling kicked back up. The Obama administration’s methane waste rule would have helped keep this in check by addressing emissions from flaring, venting and leaks. But Interior Secretary Ryan Zinke put that rule on hold, intending to ultimately kill it.

As an aside, I am looking forward to reading Thompson’s book, Lost Souls: The Science, Politics, and Greed Behind the Gold King Mine Disaster, which publishes next month.

In other news, Steve Terrell covers the New Mexico political angle on the resignation of 10 of 12 members of the U.S. Department of the Interior’s National Park Service Advisory Board. And the Albuquerque Journal’s Maddy Hayden wrote about Sen. Martin Heinrich’s recent questioning of John Henderson, who was nominated for assistant secretary of the Air Force for Installations, Environment, and Energy. In response to questions about cleanup of the jet fuel spill at Kirtland Air Force Base, Henderson said:

“If confirmed, with regard to Kirtland specifically and any other of these issues with emerging contaminants and cleaning up former defense sites the Air Force may be responsible for, you have my commitment to be personally involved in those processes and to ensure we have relationships based on trust with the members of this committee and … our partners in our community.”

Both the Albuquerque Journal and the Santa Fe New Mexican covered the loss of millions of dollars in performance bonuses at Los Alamos National Laboratory due to safety lapses and management problems. But, as Rebecca Moss reported, the privately-operated lab still received $44.6 million in bonuses from the National Nuclear Security Administration.

In his story, Mark Oswald noted:

The fee letter also provided new details of the shipping problems. NNSA had previously disclosed only that “nuclear materials” had been shipped. The new letter says three plutonium shipments were sent by air on two separate aircraft.

The shipments were in “Type B” containers, the letter says. A DOE document posted online say this type of package is used to transport materials “that would present a radiation hazard to the public or the environment if there were a major release.” The heavy packages provide shielding against radiation and “can range from small containers to those weighing over 100 tons.”

To read the lab’s performance reviews back to Fiscal Year 2006, visit: https://nnsa.energy.gov/aboutus/ouroperations/apm/perfevals/lanlperfevals