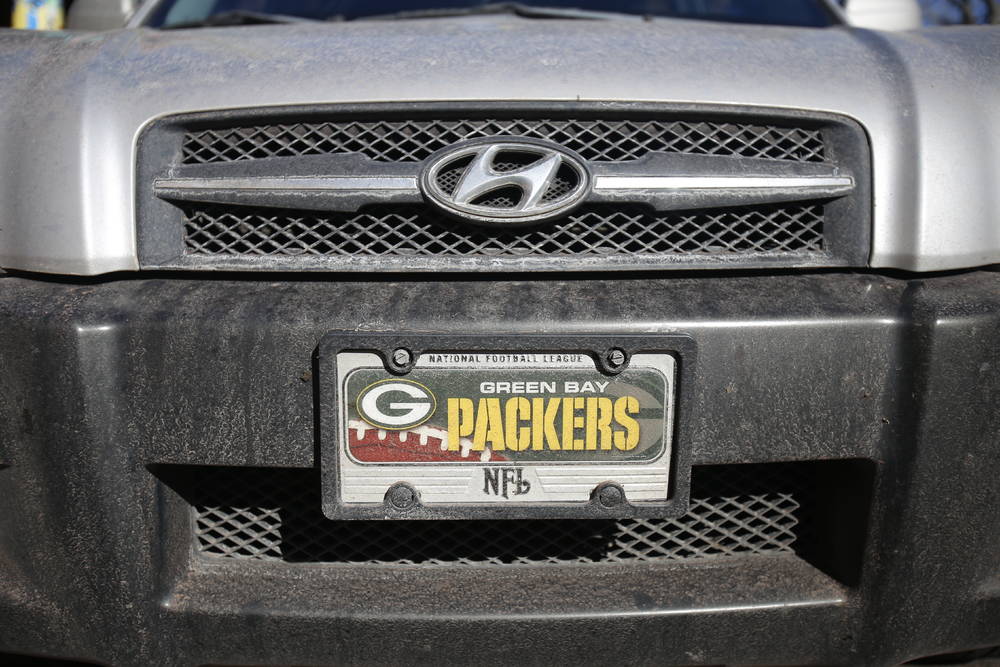 What do you have on the front of your car?

New Mexico is one of 19 states that does not require a front license plate, leaving room for plenty of custom plates bearing the names of automotive dealers, the brands of car makers, the logos of sports teams and of universities and all manner of slogans.

Plenty of New Mexicans do not have anything at all affixed to their front bumper.

But the state’s dubious distinction as having the country’s highest rates of automotive theft and property crime is leading legislators to rethink that long-running policy.

The House Transportation Committee approved legislation earlier this week that would require vehicle owners to get license plates for their front bumpers, with some exceptions.

But the bill, which is also backed by companies involved with the production of license plates, may also raise concerns about encouraging the proliferation of speed cameras or red light cameras and cause some New Mexicans to peer under their vehicle’s front bumper to make sure they have a place to attach another license plate.

“It is going to be an inconvenience,” says the bill’s sponsor, Rep. Patricio Ruiloba, a Democrat and former Albuquerque Police Department officer. “But in my law enforcement career, I always wondered why we aren’t a two-plate state.”

License plate numbers can be a big help in investigating crimes, he says.

In an analysis for lawmakers, the Department of Public Safety says that in many instances, vehicles used to commit a crime are unidentifiable due to the position of the vehicle or its direction of travel.

Another plate provides another opportunity for witnesses or law enforcement to better identify a vehicle at the scene of a crime or crash, the analysis says.

“That information is invaluable,” Ruiloba says.

House Bill 158 would raise the vehicle registration fee by $2 starting July 1, raising an estimated $2.2 million per year to defray the cost of issuing front-end license plates.

And Ruiloba is sponsoring a separate bill, House Bill 157, that would require New Mexicans replace their license plates every eight years.

But the additional plate would not be required until 2022 and there would provide an exception for older, classic vehicles.

Aside from police, however, the measure’s biggest supporter may be 3M.

The Minnesota-based company manufactures materials for license plates, such as the reflective stickers designed to prevent counterfeiting and the sheeting that allows states to create plates with multicolor graphics.

And the firm has undertaken something of a campaign across the country for laws requiring front-end license plates.

It has launched the website frontplate.org to track and promote legislation state by state requiring front-end license plates.

The company has also lobbied against proposals in other states to scrap the requirement for two plates.

In fact, some states are considering going New Mexico’s way and requiring only one plate.

Iowa legislators are mulling just such a bill this year and Vermont policy makers have considered getting rid of the front-end license plate to save the state money.

In some states, automotive dealers have been opposed to requiring front-end license plates, pointing out that some new vehicles are shipped without a place for license plates on the front bumper.

Front-end license plates can be key for boosting the effectiveness of automated license plate readers, red-light cameras and fee collection systems on tollways.

Still, in a year when lawmakers have made crime a priority, Ruiloba’s proposal could pique interest. It passed the House Transportation Committee without opposition and heads next to the House Judiciary Committee.