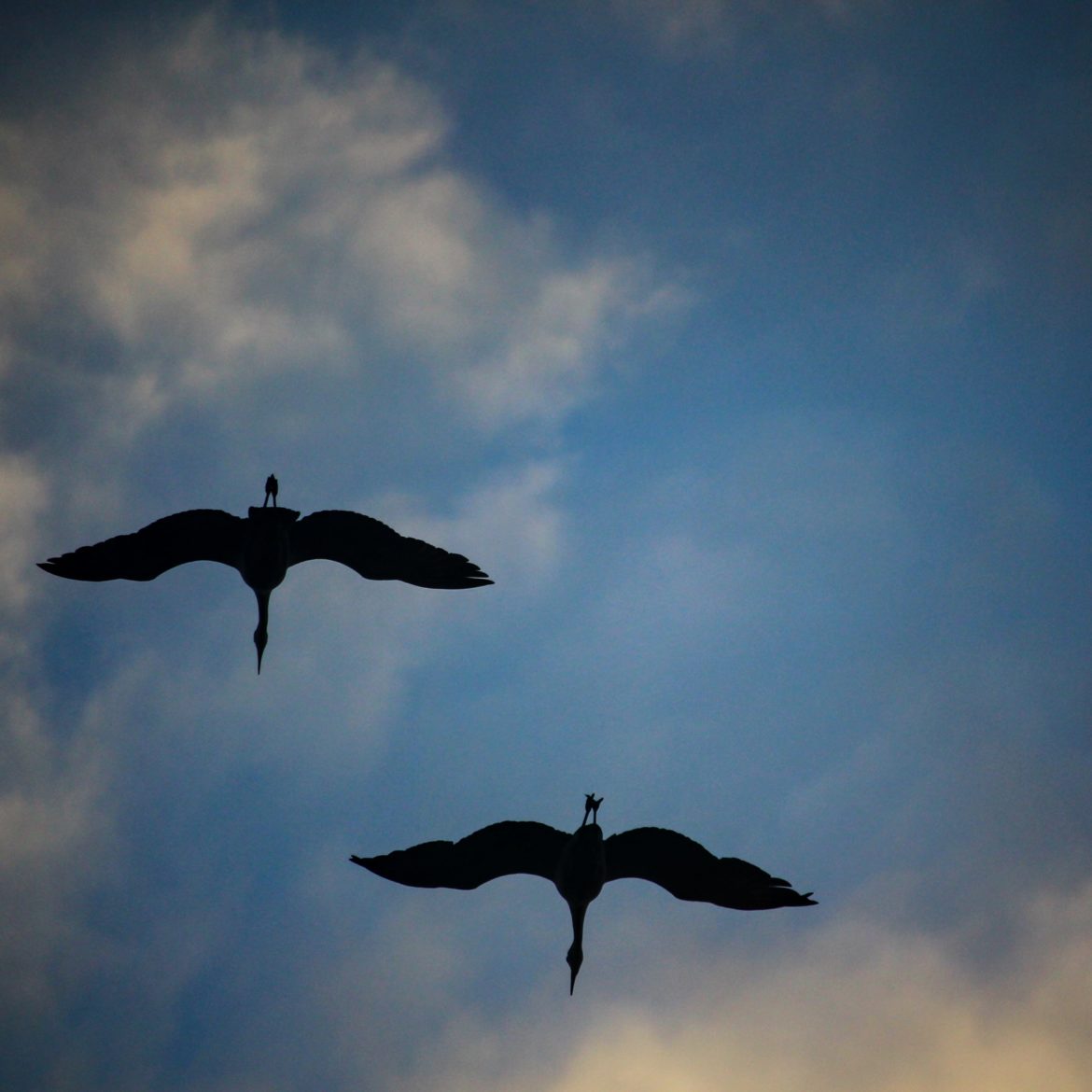 It's almost time to say goodbye to the cranes...

In the Santa Fe New Mexican, Ben Neary wrote about plans by the U.S. Forest Service to thin 1,800 acres of forest just outside Santa Fe near Hyde Park:

Santa Fe National Forest officials say they will make a final decision in coming weeks on plans to start thinning out more than 1,800 acres of trees near Hyde Park this summer.
The Hyde Park project is the first phase of a larger thinning program intended to reduce fire danger on 107,000 acres across the Sangre de Cristo mountain range in coming years.

If smaller trees are left in place, officials warn, they will likely fuel huge “crown fires” that destroy the larger, healthier trees around them. Planning documents call for leaving most trees larger than 16 inches in diameter standing.

The Silver City Daily Press reported that the New Mexico Central Arizona Project Entity amended its proposed plan for a diversion on the Gila River. According to the story by Benjamin Fisher:

When the CAP Entity submitted their proposed action to Reclamation, it kicked off the intensive NEPA analysis the bureau is charged with undertaking before the U.S. secretary of the Interior can sign off on any construction. Part of that NEPA analysis involves assessing a project’s economical merits.

Reclamation engineering chief Jeff Riley recommended at Tuesday’s meeting that the CAP Entity add a storage component to the diversion and conveyance already planned for the San Francisco River in Catron County.

“Reclamation is not pushing for storage in one place or another,” Riley said. “It just becomes a very challenging NEPA analysis if you don’t have some storage on the San Francisco. Because without storage it doesn’t make sense to take AWSA water. You have decree water you can take for free. I don’t know any farmer who wants to pay $160 per acre-foot when they have that decree water. So that economic analysis, which is part of the NEPA analysis, becomes very challenging and hard to justify.” And later, “We can do it. It just isn’t going to be received very well because of the economic assessment.”

In Arizona, the Daily Star’s Tony Davis covered problems with the Central Arizona Project–that it’s reportedly setting aside Colorado River water for new development, rather than ensuring it goes to the Tohono O’odham and other tribes. According to the story:

In unusually strongly worded comments, the bureau accuses the Central Arizona Water Conservation District of defying a 2007 legal settlement giving the federal government the right to buy certain classes of Central Arizona Project water on behalf of tribes.
The bureau annually requests CAP water to help ensure the Tohono O’odham Nation has enough to serve as a backup during shortages. But the water district has often given the bureau less than it seeks, sometimes significantly less.

Some of that water improperly went to the Central Arizona Groundwater Replenishment District, in violation of the 2007 settlement, the bureau said. That’s a program of the water conservation district that recharges CAP water to help developers meet their legal requirement for an assured, 100-year water supply for new subdivisions.

In case you missed the latest in giant fireball news, The Atlantic has a story about a U.S. Department of Energy research project:

If all goes well, a massive fireball of hydrocarbons will ignite in the New Mexico desert some time in the next year. It will be part of a multiyear Department of Energy research project to understand whether the chemical composition of unconventional crude oils changes the risk they pose to the nation’s highways, pipelines, and railroads.

If all doesn’t go well, a similar massive fireball could go up over a derailed train, as happened in the town of Lac-Mégantic in July of 2013, killing 42 people, or outside Casselton, North Dakota, in December of that year, where somehow there were no reported injuries.

This week, I’m also passing along a number of new studies for my fellow land, water and fire nerds. These include:

-“Evidence for declining forest resilience to wildfires under climate change” in Ecology Letters: